Five dogs are stolen across the UK every day, with sadly on 17% of dogs being reunited with their owners.

The research, which has been compiled by Direct Line Pet Insurance based on information provided by 39 police forces reveals the number of dogs reported stolen has risen for the fourth consecutive year. 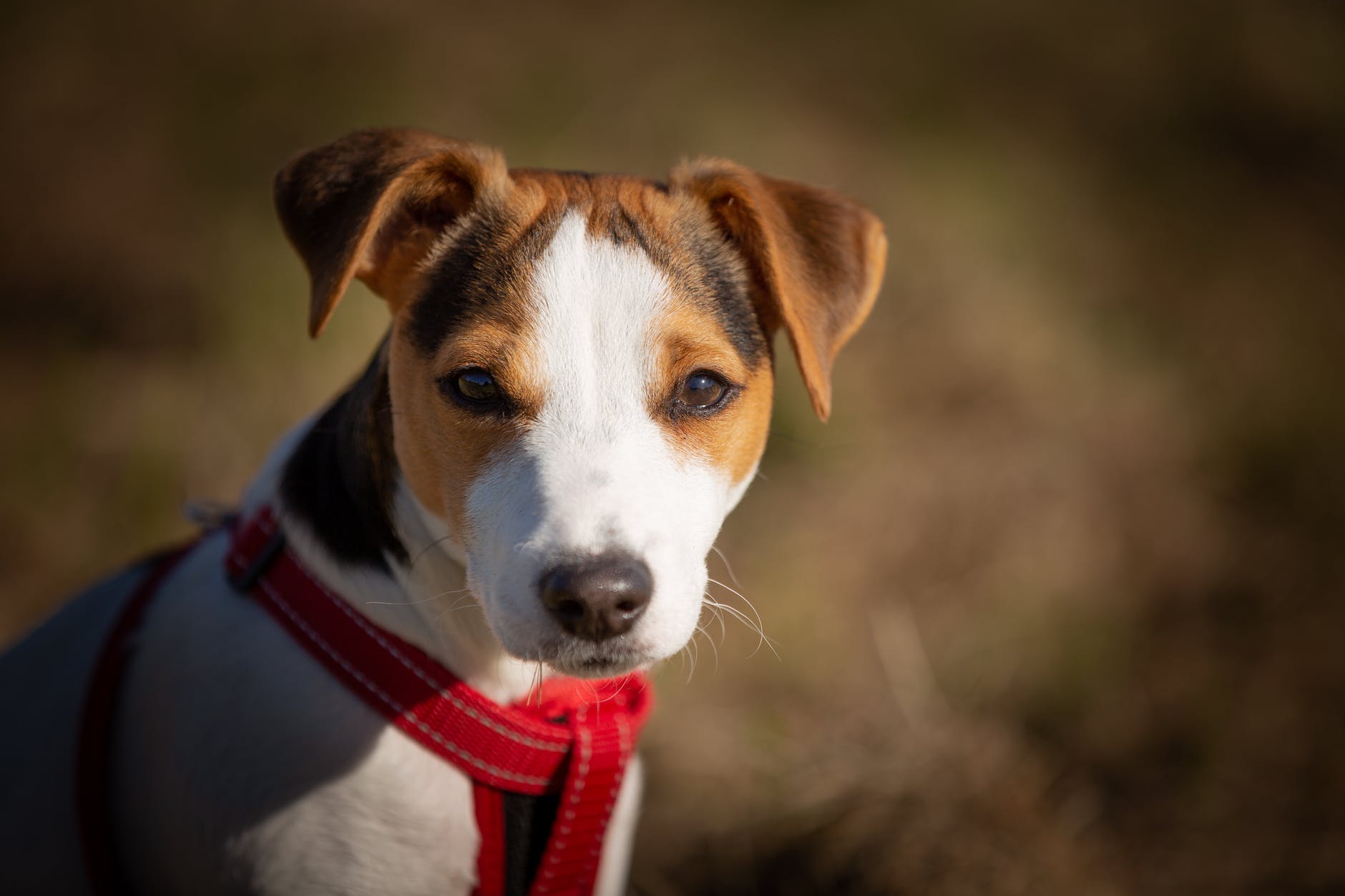 The Most Targeted Dog Breeds by Thieves

The Staffordshire Bull Terrier was the most targeted breed by criminals in 2018, with 88 reported thefts over the year. Crossbreeds remain the second most popular for dognappers. There were 53 reported cases of stolen cross breeds in 2018, likely to be due to the popularity of ‘designer’ dog breeds like Labradoodles and Puggles.

There has also been a rise in the number of Jack Russell Terriers (up 15 per cent) and Pugs (up 600 per cent) stolen.

Pugs have gone from the 11th most stolen breed, with four cases in 2017, to fifth most stolen in 2018. Flat faced dog breeds like Pugs and French Bulldogs have become increasingly popular due to the number of celebrities who own them, such as Hugh Jackman, Reese Witherspoon and David Beckham while owners of Pugs include Gerard Butler, Hugh Laurie and Paris Hilton.

Dog Breeds on the Decline

Breeds that have fallen in popularity amongst thieves include Huskies, which have seen an 88 per cent reduction in the number of reported thefts over 12 months. Huskies have gone from one of the ten most commonly stolen breeds in 2017 with 16 cases reported, to just two in 2018. The number of Rottweilers and Springer Spaniels reported stolen has also decreased, with just five and one reported theft respectively. 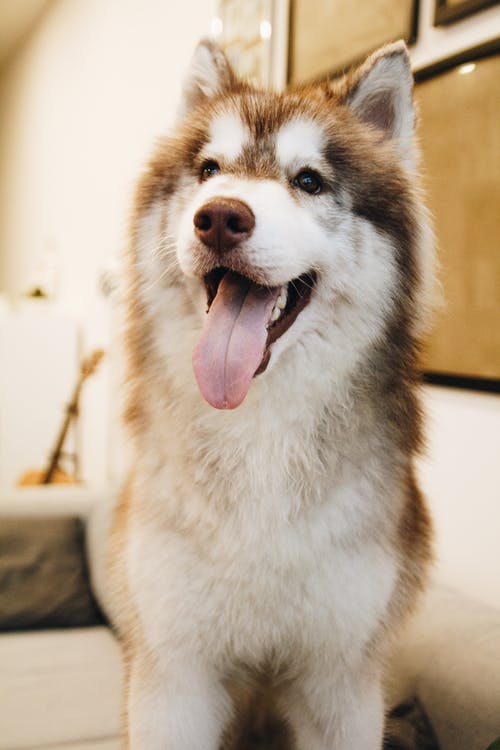 Eva Sandstra-Bennett, Head of Pet Insurance at Direct Line, said: “It is heart-breaking to see there are still so many dogs stolen each year and the numbers are continuing to rise. Dogs are a huge part of the family, so it causes real distress and trauma when they are stolen. Unfortunately, the popularity of designer dog breeds and flat faced dogs means they are highly desirable for thieves, as they are easily identifiable and can be sold on for thousands of pounds. Owners of these breeds should be particularly vigilant and aware of situations that make it easier for thieves. This can include leaving them locked in cars, tied up outside a shop or allowing them off the lead out of sight.” 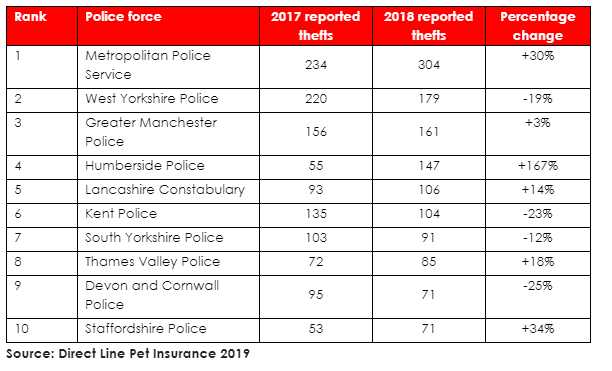 At the other end of the scale, Cheshire Constabulary received just two reports of stolen dogs last year. Norfolk received the second lowest number, at just seven reports, an 85 per cent reduction compared to 2017, when 48 dogs were reported stolen in the county. Both Bedfordshire and Warwickshire received eight reports of stolen dogs in 2018.

Eva Sandstra-Bennett continued, “Unfortunately, while the number of dogs stolen is rising, the number returned is also falling; meaning owners are increasingly unlikely to be reunited with their beloved pet. If the worst does happen and a dog is stolen, owners should report it to the police immediately and start spreading the word among their local community. Online communities are also vital, as is sharing photos of the pet on social media. Owners should also ensure that their pet is microchipped, and the contact details are up to date so if they are taken to a vet’s surgery, the vet will have the right ownership details.”

What to Do If Your Dog Is Stolen

Firstly, check the local area and your dog’s favourite spots as your dog may have wandered off.

Make your dog ‘too hot to handle’ by sharing on social media, putting up posters in the local area and informing local media – include pictures and any distinctive marks in any appeals, and ask others to spread the word.

There are some specific sites set up to help find lost and stolen dogs, like doglost.co.uk.

Report your dog as stolen to the police and provide them with as much detail as possible.

Report your dog to the microchip database.

Get Our BEST Dog Magazine Content
Enter your email and never miss out on receiving our best articles:
dog theft risedog theft statistics