Stovroff, whose beloved service dog Cash remained by his side through his final hours, was a Purple Heart recipient who had been awarded the Legion of Honor medal by France. He was 95 years old.

A proud member of the Greatest Generation, Stovroff was known as an indefatigable crusader for what he believed was right and who, with his determination and unflagging optimism, led a remarkable life.

At age 19, while serving as a bombardier whose B-24 Liberator was shot down on its crew’s 35th, and last-scheduled, mission, Stovroff found himself in the harrowing predicament of being a Jewish prisoner in a German POW camp, which he managed to survive until the camp’s liberation. He reminded anyone he spoke to that, “Freedom is not free.” 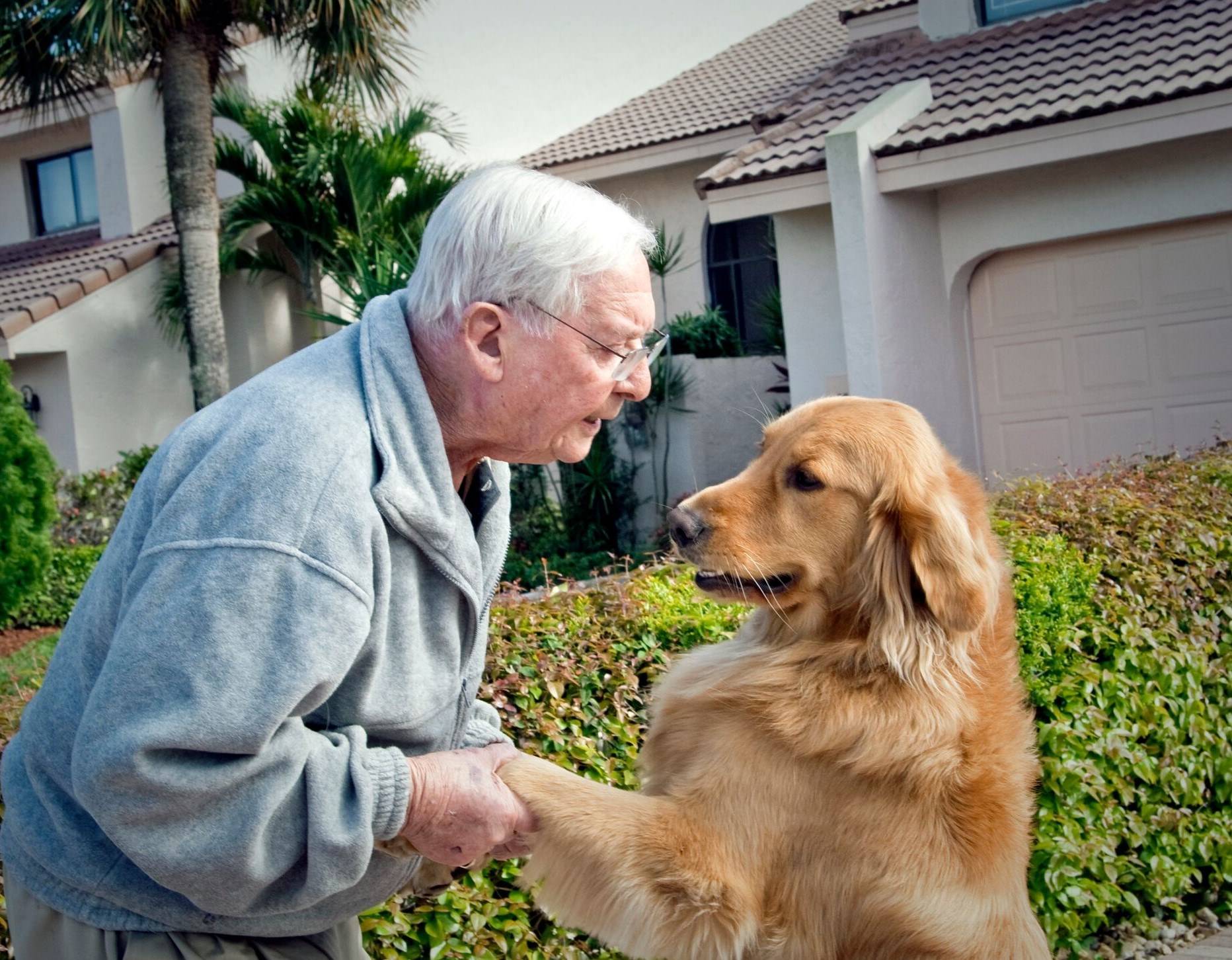 Stovroff began working to help Vietnam veterans in the mid-1970s after retiring as the head of International Sales from Thomasville Furniture at age 75. In 2006, Stovroff, then living in Boca Raton, Florida, and working as the National Service Officer for ex-POWs at the Veterans Administration Medical Center in West Palm Beach, uncovered a pressing need for service dogs to assist and support injured veterans returning from wars abroad.

Raising an initial $100,000 from ex-POWs, Stovroff dedicated himself to the effort, eventually founding the non-profit organization, Vets Helping Heroes, in 2007.

“At an age when many of us take a step back to enjoy ease and comfort, Irwin took a big step forward; and, in doing so, gave hope to thousands of men and women whose lives have been irrevocably changed by injuries they suffered while serving their country,” said Major General John Van Blois (USAF retired), a member of the Vets Helping Heroes board.

“In addition to his determination and unquestioning sense of duty, Irwin’s infectious optimism and boundless kindness drove him to lift this critically important cause onto the national stage.”

As the founder and President of Vets Helping Heroes, Stovroff raised millions of dollars to provide U.S. service men and women with specially-trained service dogs. After months of screening and sometimes years of intensive training, these service dogs provide crucial day-to-day assistance, as well as emotional and psychological support, to veterans working to rebuild their lives.

Stovroff overcame widespread scepticism, and a lack of public-sector funding, by building national awareness around his efforts. He did so, in part, by creating in Vets Helping Heroes, an incredibly lean and efficient organization which ensured that well in excess of 90% of donated funds were used for the actual purchase of service dogs and for raising awareness of this critical need, while keeping administrative costs as low as possible year after year.

In 2010, President Obama signed into law the Defense Authorization Act of 2010, supporting Wounded Warrior K-9 Corps Act, which was inspired by Stovroff and his work. In 2013, Stovroff’s success in providing U.S. veterans with service dogs was recounted on the floor of the U.S. House of Representatives and memorialized in the Congressional Record.

Stovroff was awarded the Distinguished Flying Cross in 2000, the medal itself being presented to him by Sen. John McCain. In 2013, Irwin was honoured by Congressman Ted Deutch and Boca Raton Mayor Steve Abrams who jointly presented him with the original Proclamations declaring April 22, 2013 “Irwin Stovroff Day Boca Raton”.

In 2015, Irwin Stovroff, with his service dog Cash at his side, was awarded an Honorary Doctor of Humane Letters degree by Florida Atlantic University. His extraordinary life has been chronicled in books and documentary films.

Get Our BEST Dog Magazine Content
Enter your email and never miss out on receiving our best articles:
DogsWorld war veteran Irwin Stovroff