A woman has been disqualified from keeping animals after pleading guilty to causing unnecessary suffering to her pet dog by leaving him with an awful eye condition for more than five years.

Trudy Oakley (46) was sentenced at Peterborough Magistrates’ Court on Monday (9 May) having admitted one offence of causing unnecessary suffering to Staffordshire bull terrier Pooch by failing to provide adequate veterinary care for a problem with his eyes.

The RSPCA was called by a member of the public on 27 January and inspector Justin Stubbs attended Oakley’s property in Redmile Walk, Peterborough. 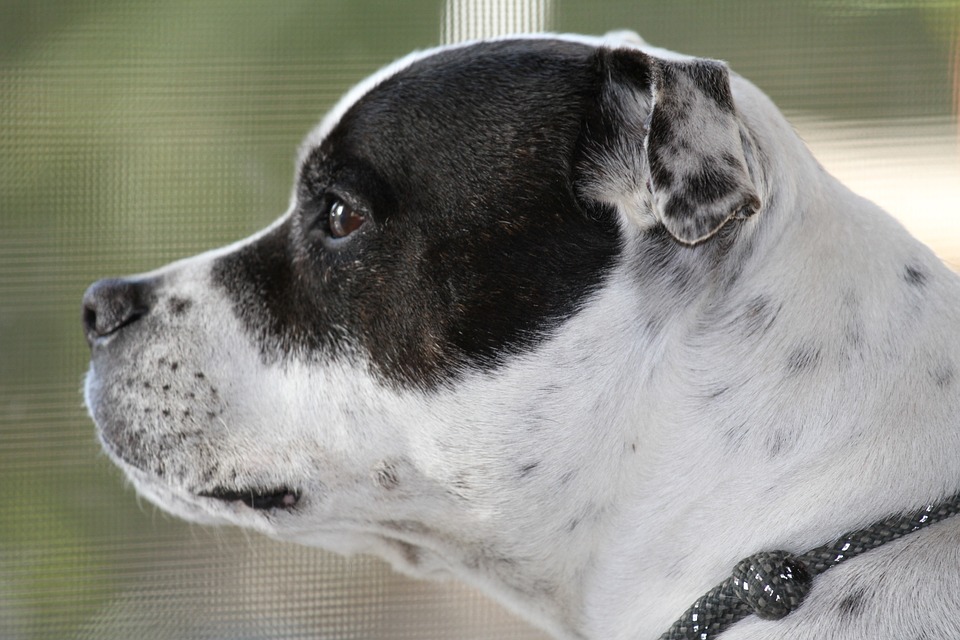 file photo: please note, we do not publish graphic images of animal suffering on this website

He said: “Pooch was in a terrible state and his eye looked horrendous. It was like something out of a horror movie – his eyeball looked ready to pop out of his skull.

“Ms Oakley received veterinary advice in December 2010 to have Pooch’s eye removed but this was ignored and she failed to seek any further professional advice.

“That means poor Pooch was left suffering from what must have been an extremely painful and uncomfortable eye condition for more than five years. It’s just shocking.”

Pooch was seized by the police, placed into the RSPCA’s care and rushed to a vet who removed his eye. He has a congenital condition which caused his right eye to erupt and has also affected his left eye.

Oakley was, this week, sentenced to a two-year conditional discharge for one offence under the Animal Welfare Act 2006. The court also added six months onto an existing suspended sentence for an unrelated matter and ordered her to pay prosecution costs of £250.

She was disqualified from keeping all animals for one year and the court ordered for Pooch to be removed from her ownership.

Pooch is being cared for by RSPCA staff and is still undergoing treatment. It is likely the 10-year-old dog will also lose his remaining eye.