Dog experts from two of the country’s leading animal welfare charities highlighted to members of the London Assembly public safety and dog welfare concerns around part of the current dangerous dogs legislation.

Battersea Dogs & Cats Home and the RSPCA briefed members of the Assembly at City Hall on Thursday (14 September) to highlight the flaws in Breed Specific Legislation, the 26-year-old legislation which prohibits owning four types of dog in the UK.

The RSPCA launched its #EndBSL campaign in August 2016 – to mark the 25th anniversary of Section 1 of the Dangerous Dogs Act – calling for an urgent parliamentary inquiry into Breed Specific Legislation.

Two happy, well-adjusted family dogs. In the UK, one of these dogs would be illegal.

Dr Samantha Gaines – dog welfare expert and lead author of the RSPCA’s ‘A Dog’s Dinner’ report – told London Assembly members that the law was not working, why it is ineffective at protecting public safety and how it seriously compromises dog welfare.

“In the 26 years since BSL was introduced hospital admissions for dog bites have increased and prohibited types of dogs continue to be seized from our streets,” Dr Gaines, pictured, explained.

“Public safety is not protected by targeting certain types of dogs. The welfare of thousands of dogs has been affected by this law and countless dogs have been euthanased because of how they look.”

“The opportunity to brief members of the London Assembly means that they have the evidence they need to see that this law is completely ineffective at safeguarding the public, and are armed with the information as to how it unfairly affects dogs.

“We are hoping that with this knowledge they can influence change which will positively impact on the lives of thousands of family pets.” 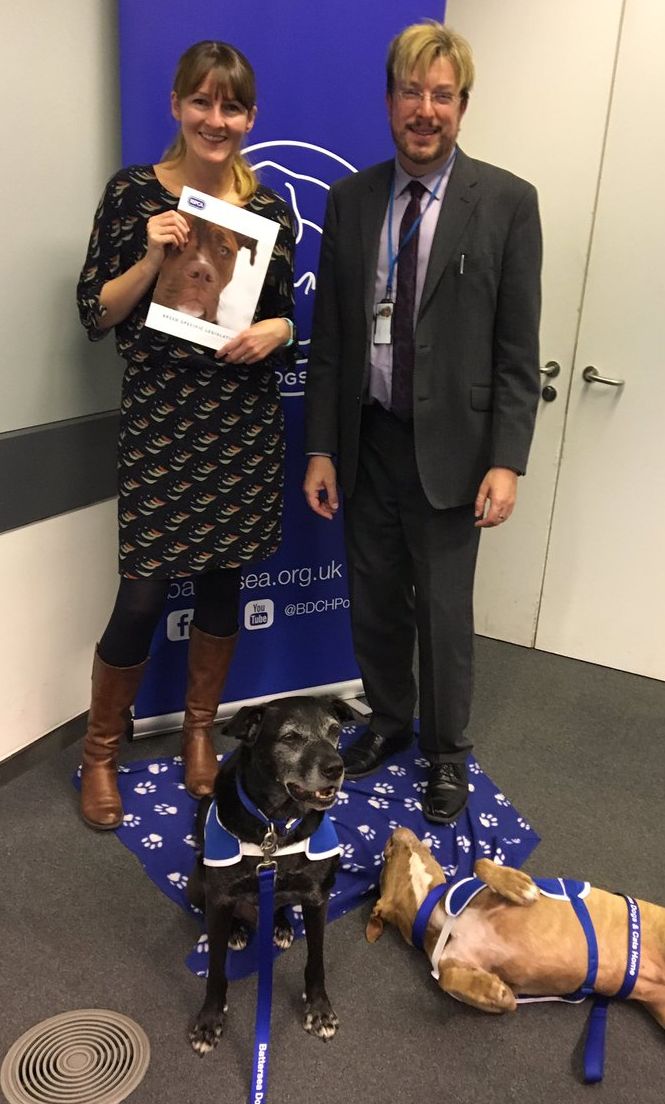 Trevor Cooper, dog law expert, representing Battersea Dogs & Cats Home, and also pictured, said “This part of the Dangerous Dogs Act 1991 isn’t fit for purpose. The intention of Breed Specific Legislation was to weed out potentially dangerous dogs before they have a chance to be dangerous. Yet the impact has been to condemn many innocent dogs for no reason at all other than looking the wrong shape. The legislation was relaxed in 1997 and amended further in 2015 but it remains an unfair law that particularly affects rescues as they are unable to re-home certain types of dog even if they pose no danger to anyone.”

In December, the RSPCA welcomed a motion unanimously agreed by members of the London Assembly to request a formal review into the Dangerous Dogs Act 1991.

The London Assembly agreed a motion calling on the Mayor of London to write to the Secretary of State for Environment, Food and Rural Affairs to request a formal review of the act, brought in 25 years ago. However, the Mayor is yet to support it.

Now, the RSPCA is hoping that the Assembly will again approach the Mayor to support it to improve welfare for London and the UK’s dogs.

The charity – the oldest and largest animal welfare organisation in the country – has taken a stand against the part of the Act which prohibits owning four types of dog – pit bull terrier, Japanese tosa, dogo Argentino and fila Brasileiro.

David Bowles, assistant director of external affairs at the RSPCA, said: “This legislation is outdated and flawed and urgently needs reviewing, repealing and replacing with something which ensures the public can be protected from dangerous dogs while also protecting innocent dogs from being punished simply for looking a certain way.

“Currently, breed specific legislation means that a well-adjusted, well-behaved, much-loved family pet which has never shown any signs of aggression can be torn from his home and everything he knows and could face being put to sleep simply for looking a certain way.

“The RSPCA is calling on the Government to launch a public inquiry into breed specific legislation. Ultimately, we’d like to see this part of the Dangerous Dogs Act repealed and replaced with legislation which deals with dogs on an individual case-by-case basis and does not penalise dogs simply for the way the look.”

Almost 85,000 people have signed the RSPCA’s petition and the campaign has gained the support of organisations and charities both nationally and internationally, as well as being backed by world-renowned actor and pit bull terrier lover Sir Patrick Stewart.