The French Bulldog is set to become the UK’s most popular dog breed, overtaking the Labrador in the top spot where it has sat for multiple decades.

Some of you may think nothing of this. Some may not care and some may be outraged. What you should think is not for us to tell you, but here’s how I came to my own conclusion that this breed is not heading in a terrible direction, it’s damn well there and things will only get worse. We need to do something to address the problem. If we don’t I fear we will – or could (some will say should) – lose the breed and others who suffer from the same problems forever.

The French Bulldog we see today is not how they used to be. These are two French Bulldogs pictured in 1905, look at their nostrils and muzzle length specifically. Have a good look. 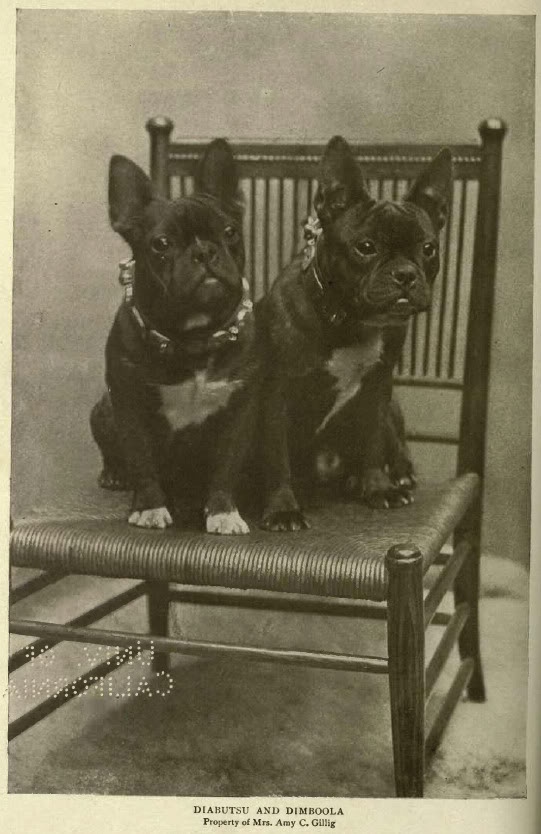 This is the French Bulldog today. 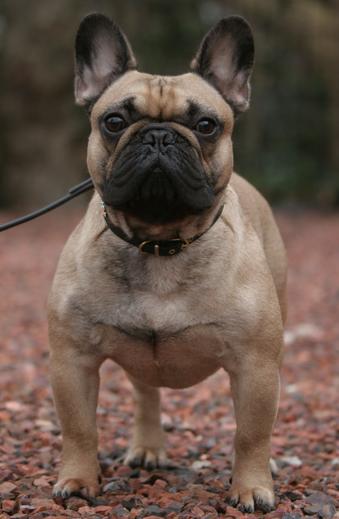 Can you see the difference? Can you imagine how hard it is to breathe through such closed nostrils and such a short snout? Jemima Harrison’s blog has even more heartbreaking photos here and I urge you to look, once you’ve finished reading, of course, to make your own mind up.

Owners of French Bulldogs often say how difficult the heat is for their dogs to cope in, and not just that, but a lot of forms of exercise, bursts of excitement and even the simple act of eating cause difficulties in breathing.

And yet we cannot forget that the version of the French Bulldog today has been willingly bred like this.

Media organisations, including ours, made the decision some time ago to limit the images we show of Brachycephalic dog breeds within our features unless it is relevant to the story. A full list of the dog breeds including French Bulldogs, Lhasa Apsos and Boxer is available here.

I love all dogs but there is very much a cycle in effect – the more people see a dog breed, the more they perhaps accept the breed’s looks as the ‘norm’.

Celebrity culture is often blamed too. We received a press release recently from the British Veterinary Association blaming the media and celebrities for popularising breeds.

The organisation’s President Gudrun Ravetz said, “We shouldn’t be buying and breeding dogs on the way we want them to look – it should always be about prioritising welfare above appearance. These are breeds that can suffer just by walking around or eating, which is why we’re calling on the media and advertisers to stop using them in their adverts. It is also difficult to turn on the TV, check Instagram or see a celebrity photo without also seeing a brachycephalic breed so it’s not surprising that demand for these dogs is rising.

“And we would also encourage anyone considering getting a brachycephalic breed to speak to their local vet and think about choosing a healthier breed or crossbreed instead.”

It seems reasonable from the outset and our core beliefs matched up, but their comment made us question them further. It seems like an easy route to blame one part of the chain – what would owners of these breeds do if they didn’t exist?

Who is holding breeders and the organisation registering, and as such overseeing the breed’s demise over recent decades to account?

When we asked how the BVA felt about the role of breeders and The Kennel Club they said:

“It is vital that everyone plays their part in tackling poor health and welfare in our dogs. With the current want for designer dogs and brachycephalic breeds, the need for a record of conformation altering surgeries and caesareans that are carried out in veterinary practice has never been more important. Owners can submit data on their dogs’ operations, yet we have also been working with BVA members to raise awareness of the Kennel Club’s new online reporting system to encourage a data drive that could reduce avoidable hereditary problems, prevent further lifelong discomfort and suffering, and improve health and welfare for dogs.

“The increase in demand for these fashionable dogs has also opened up a market for breeders and puppy farms, who sell dogs without any consideration for the dogs’ health and welfare, further exacerbating problems. A recent BVA survey found that the top two most common dog breeds, who vets suspected to have been illegally imported, were French bulldogs and pugs. “We are recommending that people don’t buy brachycephalic dog breeds because even those bred legally may have extreme characteristics that can cause serious, life-limiting health problems.”

At that point we asked very specifically again, highlighting our question hadn’t in fact been answered as to where the BVA felt the Kennel Club and breeders ranked in the problem.

On this point, Ravetz/the BVA PR team refused to condemn The Kennel Club or breeders, which seems strange – as it seems to me to be playing politics with the issue (did you note the KC new reporting system promotion in their quote?).

Surely if you’re happy to name and shame one part of the cycle, you should name and shame all rather than saying it’s not helpful to name individuals when the press release began ‘Celebrities, advertisers and the public must stop normalising flat-faced dogs’ health problems…’ – one rule for one, another for those you work with perhaps?

In my opinion, as someone who has owned dogs since a child. I was always influenced and overheard conversations where the Kennel Club registration was held in high esteem. It was something that was meant to reflect the quality of the dog and their breeder. And the registration papers add to the cost of the puppy, it seems to be something which means the cost of them vs others without papers is higher.

The Kennel Club quite willingly underplays it’s role in its influence, whether this is because it suits them or not is for you to decide, but pointedly if breeders rely on The Kennel Club for verification (and I say again, add cost onto the puppy’s value) then they have a hand they could play. Could being the operative word, if they chose to.

For these breeds to have a fighting chance, everyone needs to play their part.

The breeds need to be ‘unbroken’.

Get Our BEST Dog Magazine Content
Enter your email and never miss out on receiving our best articles:
French Bulldog health problemsRise of French Bulldog popularity