Last September a programme aired on BBC Wales exposing the extent of the puppy farming problem in Wales. It shocked many people, but has anything actually happened since then?

Well, apparently or certainly publicly, not a lot according to undercover investigators Puppy Love Campaigns, whose evidence and footage initiated the BBC Wales exposé on Welsh licensed puppy farms.

According to the organisation, they expected an immediate official inquiry into how such “obscene, licensed cruelty had been allowed to go unchecked for such a long period of time”. 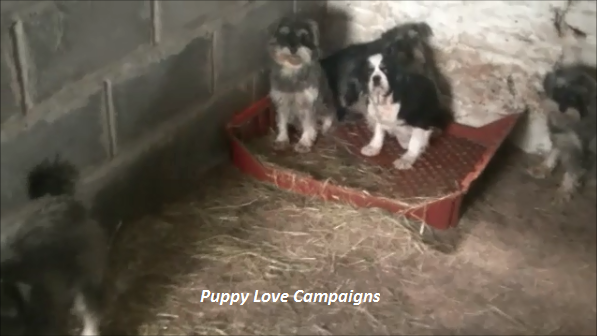 Puppy Love Campaigns say, “We hoped a full report would be published on how and why the dogs were failed on such a mammoth scale; who was responsible and what actions would be taken. None of this has happened.

“All we are told is those with responsibility are holding meetings – meetings away from public scrutiny. To date, no one has explained how the unseen (until we exposed it with the BBC) tragedy for dogs has been allowed to continue, year after year and under the supposedly watchful eyes of council inspectors and vets.”

So, Can Anything Be Done to Push This Forward?

Yes. It’s important to remember that those in government are public officials and you (the public) can make your voices heard.

Puppy Love Campaigns say, “The public are crying out for answers and so are we. If, like us, you feel this silence is yet another failing on the part of those responsible, we call on you to join us in our request for such an inquiry. This is well overdue.

“It’s plain that the local authorities must share much of the blame. After all, they are the very people that issue the licences. Licences which are given to grossly unfit-for-purpose premises. But, sadly the blame does not stop there. It goes much higher. Following a series of our investigations with the media which demonstrated severe failings in the system, in 2014 the Welsh Government made all the right noises to quell the resulting public outcry.”

Why Wales New Legislation Will Fail, According to Experts

While no inquiry has been initiated and publicly nothing has been made known to concerned individuals, Puppy Love Campaigns say Wales still plans to introduce new legislation but in its current form, it will fail. They explain why.

“They gave little, or no thought, as to how that legislation would be enforced. For a while, the strategy worked, the public were reassured, but during this time the dogs continued to suffer abuse on a daily basis. Meanwhile the Government proudly publicised the new regulations, claiming they were bringing this cruelty to an end. Sound familiar?

“Roll on to 2019 and we were forced to expose them yet again. And we will continue to expose everyone who is responsible for this outrage. Our voice will not go unheard until the government shows us they can control the situation which clearly at this moment in time they can’t, or won’t. By dragging their feet and taking very little action even in the face of irrefutable evidence, they are condoning the suffering of animals on their watch. The shame of Wales needs addressing and the time is now, enough is enough! Demand a full inquiry. Do not let them ignore you.”