Meet Bernard. He’s a two year old Rottweiler who was rescued last year by a nurse who happened to see him attempting to be sold by two men late one night in London. She could see he was clearly distressed and had chains around his head so she bravely approached and got them to hand him to her.

She then found him a rescue space in Somerset and they discovered he has a condition called Hydrocephalus (also known as water on the brain). He was most likely born with it but the abuse he suffered is likely to have worsened it.

As well as getting the young dog to learn to trust people again, to help him recover his rescue also devised a physio and rehabilitation program for him to help him with skills, such as coordination which includes bubble therapy!

Angela Curtis of Rottie Friends Rescue, who has been caring for Bernard told K9 Magazine, “Despite everything, Bernard has adapted quickly and loves to play and being with people he knows. He is fully mobile and loves to run. He is wonky but wonderful.” 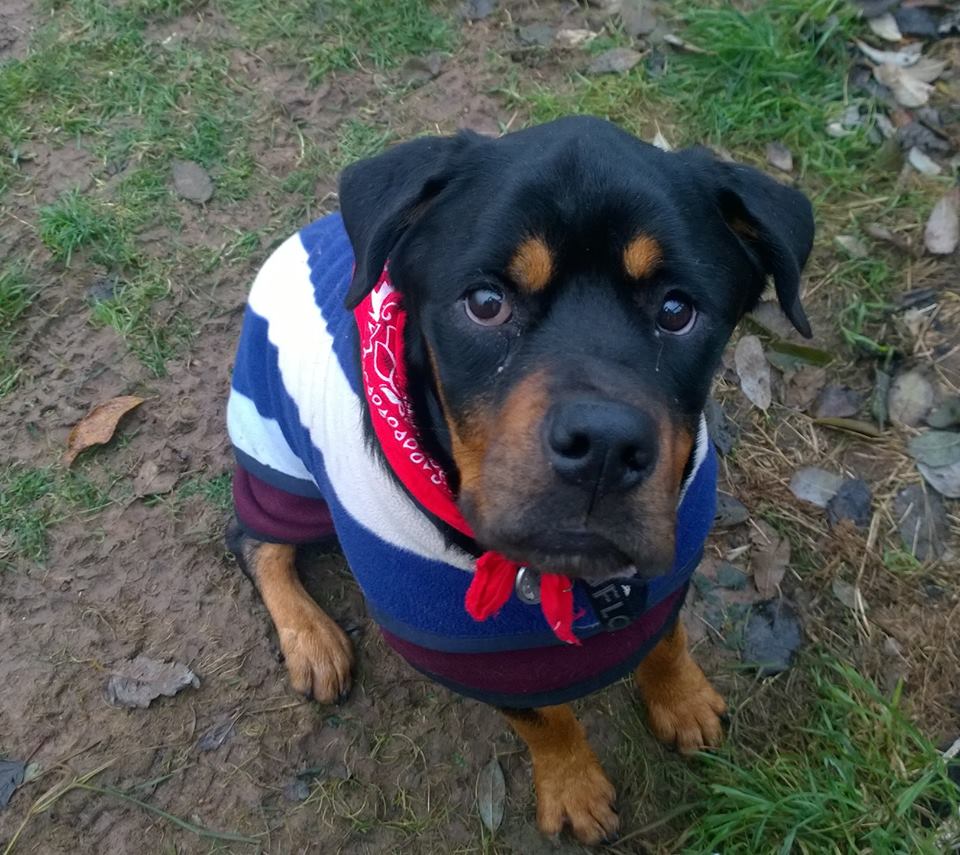 Veterinary surgeon at MedicAnimal.com, Andrew Bucher explained, “Hydrocephalus is a condition that typically affects puppies and is usually congenital, for example, it is present before or at birth. Hydrocephalus in puppies can be quite variable in its prognosis but the fact that Bernard is not on medicines, making steady and continued progress with a set routine, good diet and physio is all very positive.

“Bernard definitely needs an understanding pet parent but the signs do look encouraging for him to lead a happy and good quality of life with the correct support. One never knows the future of course but Bernard should be given the opportunity to find out.”

Dog adoption site, dogsblog.com co-founder Kim O’Meara said, “We would dearly love to help Bernard find the right new home and soon so he can begin his life in the way we hope all dogs should – surrounded by the right environment, lots of love and happiness. No dog should have to go through what he has, but a better future is around the corner.”

You can read more about Bernard and contact his rescue direct here: www.dogsblog.com/bernard-12

Get Our BEST Dog Magazine Content
Enter your email and never miss out on receiving our best articles:
Bubble therapy dogs