The Royal College of Veterinary Surgeons (RCVS) Disciplinary Committee has suspended a London-based veterinary surgeon for six months while finding no misconduct against another in a hearing regarding the taking of two newborn puppies from their owner.

The hearing for the two respondents – Dr Zahra Tahaneem Rafiq and Mr Oscar Perez Maillo – took place between Monday 29 April to Wednesday 8 May and concerned an incident that took place at the VetsNow Huyton premises in Liverpool. There were two charges against Dr Rafiq. The first charge was that, on 2 or 3 December 2017 shortly after a litter of puppies was delivered by caesarean to a French Bulldog named Lila, she took one of the puppies away from the practice with the intention that it should not be returned to Lila’s owner and that, in doing so, she was dishonest, misleading and had not acted in the best interest of the puppy’s welfare. Another puppy was taken away by an animal care assistant who was also working at Vets Now Huyton on the night in question. 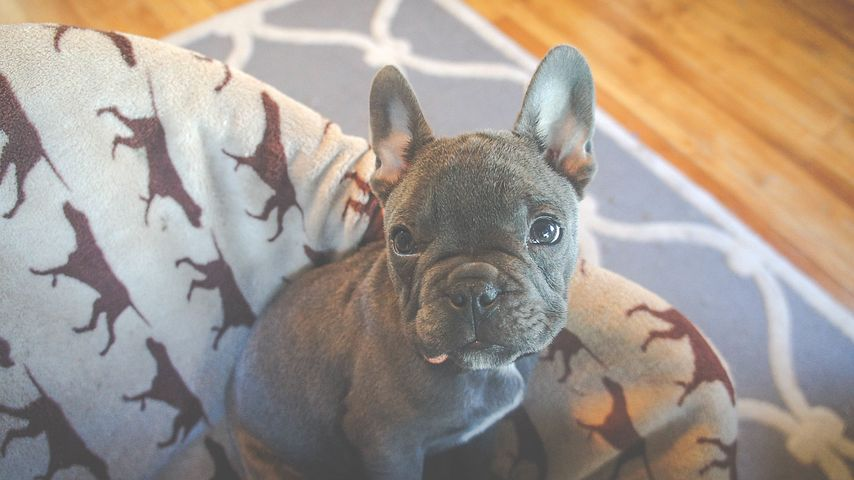 The second charge against Dr Rafiq was that she had told her employer at VetsNow that the puppy she had taken from the practice had died in the car when she had been driving home when, in fact, the puppy was alive at that stage and, in telling her employer this, she had been dishonest and misleading.

At the outset of the hearing, Dr Rafiq admitted in full the charges against her and accepted that she had acted dishonestly. Mr Perez admitted some of the charges against him including that he had made the false clinical record, had discharged four rather than six puppies and had failed to keep accurate clinical records, however he denied any knowledge of the intention to remove puppies and denied that his conduct had been misleading or dishonest.

The Committee was not satisfied, on the basis of the evidence presented to it, that Mr Perez knew at the time of surgery that his colleagues intended to remove the puppies and, furthermore, also considered that there was insufficient evidence to the required standard that he subsequently became aware of their removal. As a result, the Committee also did not find that he, could have prevented their removal or reported the matter to a colleague. The Committee did however find that his actions were unintentionally misleading regarding the clinical records and the discharge of the incorrect number of puppies. The Committee also found proved against Dr Rafiq, all the charges against her.

Having considered the facts, the Committee then moved on to consider whether the admitted and/or proven charges against Dr Rafiq and Mr Perez amounted to serious professional misconduct. In respect of Mr Perez, the Committee was critical of his failure to keep accurate clinical records and considered that it was his duty to know how many puppies were born and to record accurately this number. However, while the Committee concluded that Mr Perez’s conduct fell below the expected professional standards of a veterinary surgeon, it did not fall so short as to constitute serious professional misconduct. As a result, no further action was taken against Mr Perez.

In regard to Dr Rafiq, the Committee recognised her admission at the outset that her actions constituted serious professional misconduct and it noted her expression of remorse. The Committee did however have concerns regarding the evidence she gave as to her actions being motivated by animal welfare concerns. The Committee felt that such concerns should have been raised with colleagues and it found that Dr Rafiq had acted recklessly and had been dishonest both with the owner and with her colleagues. The Committee therefore concluded that her conduct fell so far short of what would be expected of a veterinary surgeon that it constituted serious professional misconduct.

The Committee then went on to consider the sanction against Dr Rafiq, taking into account aggravating and mitigating factors. The aggravating factors included a risk of injury to the puppies, an abuse of the client’s trust, sustained misconduct as the puppy was retained by Dr Rafiq from 2/3 December until its actual death on the night of 5 December, that the dishonesty was sustained until 7 December and that she had only demonstrated limited insight in respect of her wider professional responsibilities.

In mitigation, the Committee considered that her actions involved no financial gain, that it was a single and isolated incident, that she had no previous adverse findings, that she had demonstrated genuine remorse and that she had made admissions at an early stage. Dr Rafiq, who was unrepresented during the hearing, also submitted evidence in mitigation including testimonials from colleagues and clients, her youth and inexperience at the time, and her remorse, among other things.

In deciding the sanction Ian Arundale, who chaired the Committee and spoke on its behalf, said: “The Committee concluded that Dr Rafiq was a competent veterinary surgeon who was very unlikely to pose a risk to animals in the future. However, it considered the reputation of the profession and the need to uphold standards was an important consideration that outweighed the hardship which would be suffered by Dr Rafiq by not being able to practise in her chosen profession. It considered that Dr Rafiq would be fit to return to the profession after a period of suspension.

“It therefore determined that, notwithstanding the nature and extent of the dishonesty in this case, a suspension order was a sufficiently severe sanction to maintain the reputation of the profession and to meet the wider public interest. It took into consideration the overall dishonesty, including that Dr Rafiq had been dishonest when first confronted about these matters, when deciding on the length of any suspension.

“The Committee considered the sanction of suspension was proportionate in the circumstances of this case where there was supporting evidence that Dr Rafiq was a competent and well-regarded veterinary surgeon. It considered the positive testimonial evidence given… and that she was held in high regard by her current employers who were aware of the admitted misconduct, were significant factors in deciding that a suspension order was the proportionate sanction.”

The Committee determined that a six-month suspension order would be the most appropriate sanction under the circumstances and directed the Registrar to remove Dr Rafiq from the Register for this period of time.