Do as I say, not as I do. Ever heard that one before?

I’ve taken a while before posting this as I didn’t want to take a kneejerk position. The trouble is, any way you slice it, this is horrendous hypocrisy that sends out the totally wrong message. What on earth is going through people’s minds when they sign off on decisions like this….

Rescue dogs and cats from some of Britain’s biggest animal charities are being sold from the giant pet store chain Pets At Home.

After years of campaigning for dogs and cats not to be sold in pet shops, charities such as the RSPCA and Battersea Dogs & Cats have gone into ‘partnership’ with the UK’s biggest pet supermarket, and some animals – including cats – are on display in pens at stores, where they can be purchased for an ‘adoption fee’.

The partnerships are a coup for Pets At Home, which earned £600 million last year and was last week floated on the stock market for £1.23 billion.

The company, which boasts that it raises tens of thousands of pounds in donations for animal charities every year, is planning an expansion programme in the UK, aiming to operate more than 500 stores, 700 veterinary practices and 300 dog grooming outlets.

But as Cats Protection became the latest animal charity to announce a ‘partnership’ with Pets At Home, the deals were slammed as ‘irresponsible’ and ‘appalling.’

There’s not really much I can add, other than to encourage you to keep campaigning against the sale of live animals in pet shops. 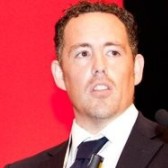 Get K9 Magazine FREE!
Get the latest from K9 Magazine including dog advice, tips & free stuff for your dog.