Well-known documentary maker Louis Theroux and actress Emily Raymond have teamed up to help London based animal charity, Mayhew, launch a campaign to illustrate the ‘importance and intimacy of animal companionship, and the harsh realities faced by people hit by a sudden or unforeseen change in circumstance, which threatens their relationship with their pet’ – such as homelessness.

The duo provided their voices for a video the animal charity will be sharing alongside a series of poems which will appear around London. The celebrities hope they will start a conversation about the importance of the relationship we have with our dogs, in good times and bad. 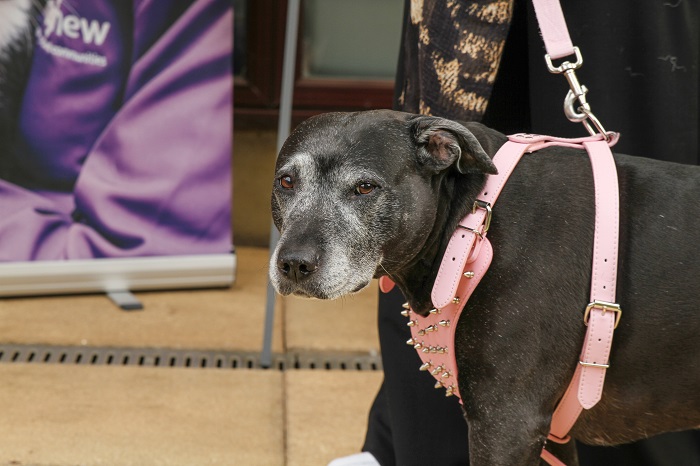 Speaking about the campaign, Theroux said, “I was delighted to be asked be the voice of the dog for Mayhew’s campaign. It was a challenge for me as I’ve only ever done voiceover for myself. So this was a leap, taking on the role of someone else, who also happened to be a non-human! But we call relate to the emotions felt by the animals in this beautiful video: the need for comfort, companionship, and quality of life. And the animation and writing in the film capture this perfectly.

“My fervent hope is that the campaign starts a much needed conversation about the importance of protecting the bond between pets and pet-owners from all walks of life. We all deserve to live a life, shared.”

Raymond added, “I think that the ground-breaking work Mayhew do in the local community is truly inspiring.

“Helping homeless and vulnerable people to care for their dogs, and even look after them during periods of absence, is literally a lifeline for people in a crisis situation. They make sure that the human animal bond is nurtured and not broken – without judgement and with deep empathy. Mayhew fully understand the vital relationship between a vulnerable person and their pet, and know that an animal is often the only trusted companion that a person has.

“It was therefore a privilege to give a voice to the beautiful and moving animation for this latest campaign – highlighting the shared lives that are made possible by the vital help and support that Mayhew provides to those in need.”