Vets have saved a dog after it gobbled up three dummy teats and a glow stick, which caused a near-fatal blockage in her stomach.

Megan Marron (22) took 11-month-old Caverpoo* Rosie to Middlesbrough PDSA Pet Hospital, as she was showing some worrying symptoms: “We didn’t know what was wrong – Rosie was being sick and was very lethargic, which is really unlike her as she’s usually full of energy”, she said. 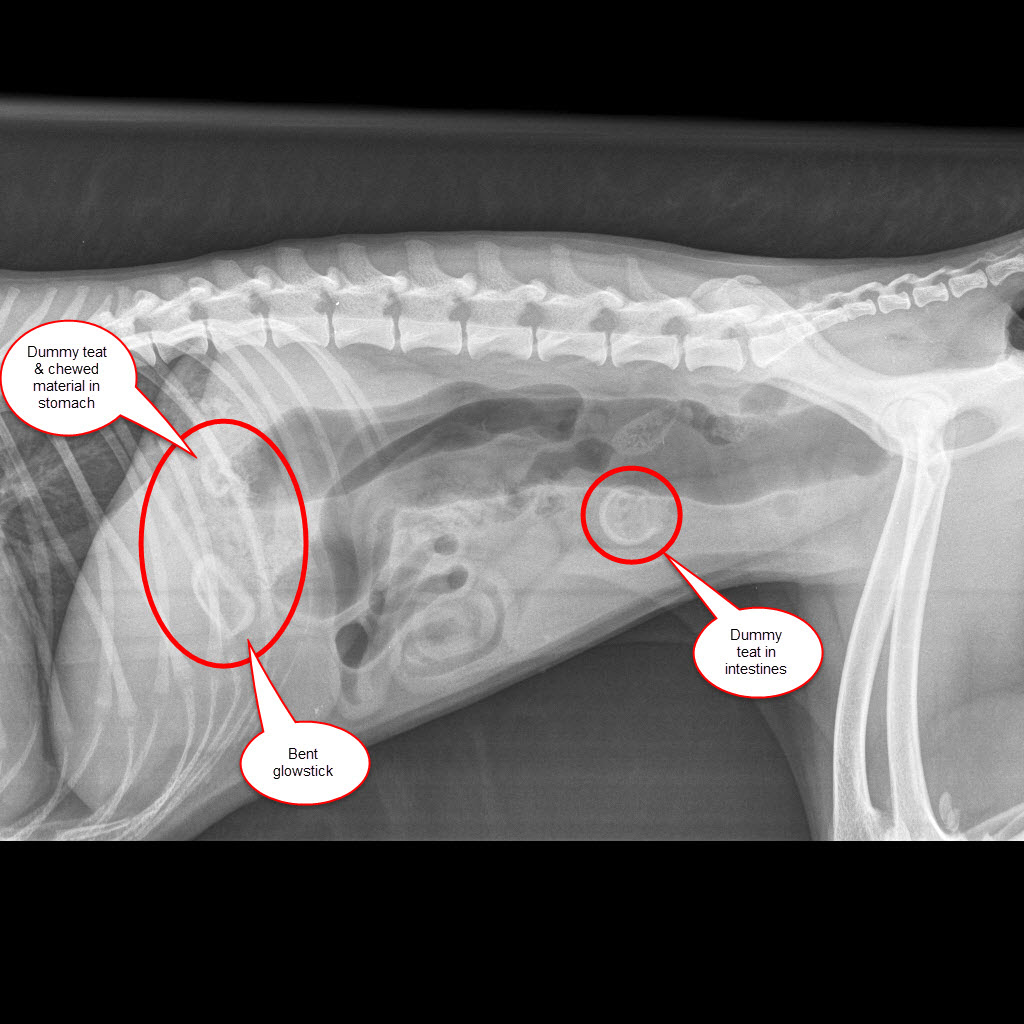 Once at PDSA, X-rays revealed a potentially fatal blockage in her intestine and several other items in Rosie’s stomach. PDSA Vet Nigel Crane explained: “Dogs often use their mouth to investigate objects, and sometimes swallow things by mistake. Although objects sometimes pass through without harm, some get stuck in the dog’s stomach or intestines, which is extremely dangerous and can be life-threating.”

Poor Rosie was already very weak when she arrived at the hospital and vets were uncertain whether she would survive an emergency operation. But it was her only chance of survival. Vets were shocked when they removed the items and realised what they were – the dummy teats had clearly been inside her for some time.

Megan added: “Rosie was at death’s door when we left her with PDSA, and we were devastated to think we might lose her. When we heard she’d survived the operation and was recovering well, we were over the moon. She really is part of the family, I’m so grateful to PDSA for saving her life – they were amazing.

“I don’t know how she got hold of these things. The dummies must have been my daughter’s but they’re not usually left lying around. I have absolutely no idea where she got hold of a glow stick though!”

Rosie made a remarkably quick recovery and was soon back to her normal bouncy, mischievous self. Megan now keeps a very close eye on her at home and is extra careful when out on walks.

“Signs that your pet may have eaten something they shouldn’t include being sick, drooling excessively or having difficulty breathing. Call your vet immediately if you notice any of these things. It’s also a good idea to teach your dog basic commands such as ‘leave’ and ‘drop’ from a young age.”