She had horrific injuries to her face, neck and torso which appear to be consistent with those caused by a badger or a dog.

These injuries are commonly inflicted on dogs who are used in the illegal persecution of wild animals – such as badgers and foxes – often known as badger baiting. 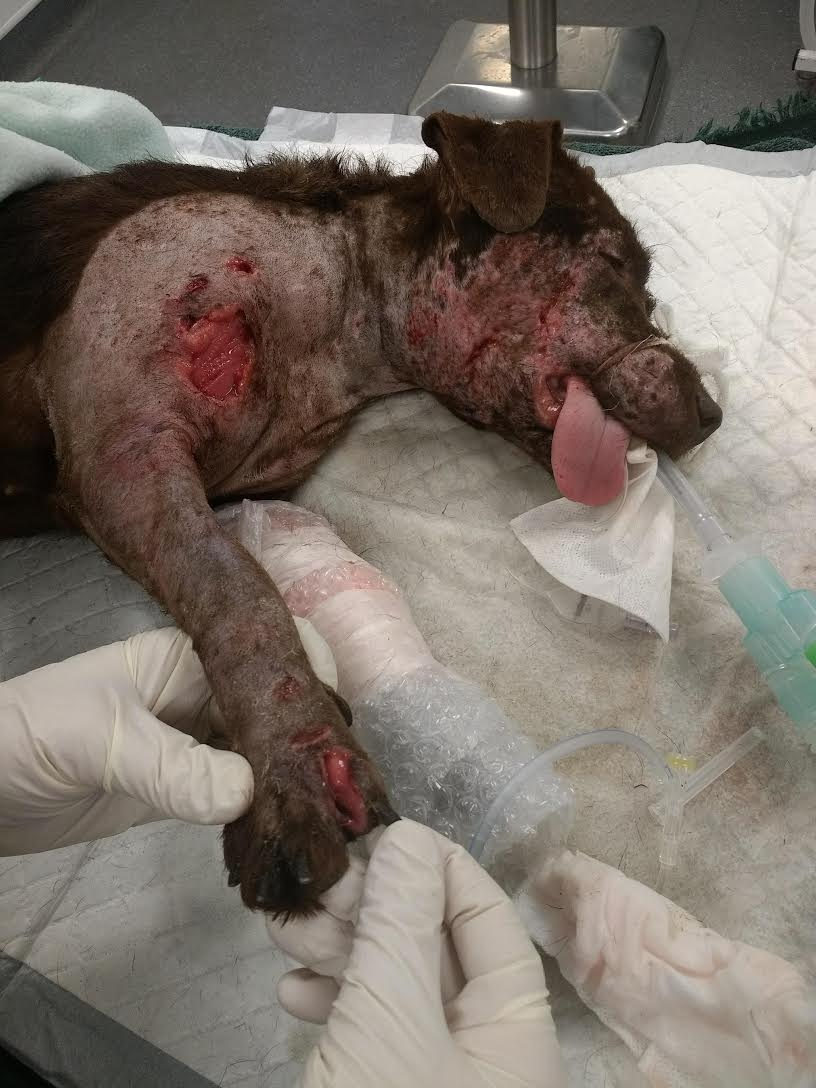 Snickers was taken to a nearby vets for emergency treatment, and has now been transferred to the RSPCA Putney Animal Hospital in London where she will undergo further treatment once she is stronger.

RSPCA London Veterinary Director Caroline Allen said: “Sadly it is going to be a long road to recovery for poor Snickers, she has multiple wounds and some are very deep. Given the degree of infection we can’t think about suturing at the moment, and so at this stage she is on intravenous fluids, pain relief and antibiotics and we will be managing the wounds until we feel we can close them.

“The wounds have been cleaned and flushed, some are relatively fresh – days rather than longer – but there do also appear to be older scars.

“We are doing all we can at Putney to give Snickers a chance, but she is very weak and her poor body has already endured so much.”

RSPCA Inspector Kate Fletcher said: “Snickers is a lovely, friendly young girl who seems grateful for the attention and still wags her tail despite the unimaginable pain and distress she has been experiencing.

“When poor Snickers was found she was in a horrific state with awful injuries to her face and torso.

“Having looked at her injuries we do suspect she has been used in badger baiting, where a dog is sent into a badger sett to flush out the badger and attack it for the handler to then dig the badger out the sett and shoot it.

“Badger baiting inflicts terrible suffering on both badgers and, frequently, the dogs involved. This is obviously an offence under the Badgers Act, Wildlife & Countryside Act, and Animal Welfare Act, so we would be very eager to make attempts to trace the person responsible for this dog.” 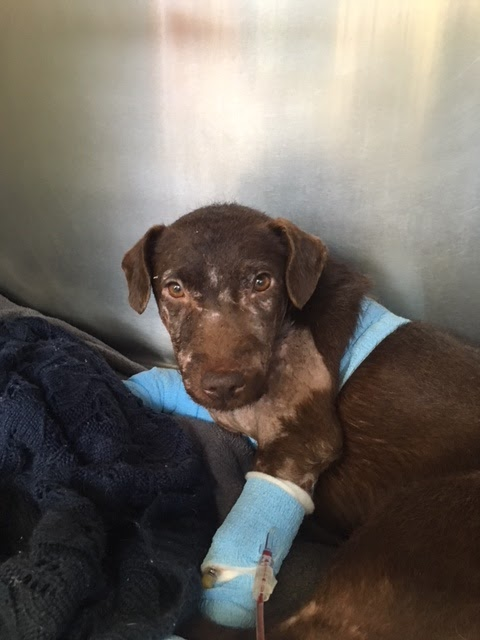 The charity has received almost 3,500 complaints about the persecution of wild animals* – including reports linked to badger baiting and badger digging – over the last three years (2015-2017).

Chief Inspector Will Mitchell said: “Poor Snickers is a prime example of the unimaginable cruelty inflicted not only on the wild animals themselves, but also the dogs involved.

“We’ve investigated large gangs of men who rampage throughout the countryside with their dogs killing whatever they come across: badgers, foxes, deer and hare.

“These merciless attacks are happening throughout the UK, both in the depths of the British countryside as well as in the leafy suburbs.

“Many people are unaware of this dark world that exists – with badger diggers often going out under the cover of darkness or the early hours and avoiding rousing suspicion by DIY treatment for their dogs’ injuries at home – but, unfortunately, it’s something we frequently see.”

Inspector Fletcher added: “Unfortunately Snickers was not microchipped and so her owner is unknown and I am keen to speak to anyone who may recognise her, or who know who may have owned her. Given the degree of infection she could have been straying or been dumped in the area for some time.

“I would urge anyone who has any information, no matter how small to please call me in confidence on the RSPCA inspector appeal line on 0300 123 8018.”

Anyone with information about wildlife crimes such as badger baiting should report their concerns to the RSPCA’s 24-hour cruelty line on 0300 1234 999.

Get Our BEST Dog Magazine Content
Enter your email and never miss out on receiving our best articles:
Animal Cruelty

Kali Was Rescued From a Dog Fighting Ring, Just Take a Look At Her Now