When you look in Peggy’s eyes you can see the emotional, mental scars that her sad life has left her with. When you look at her body you see the physical ones.

This poor pug was rescued by the RSPCA after being hurled out of the window of a moving van in West Drayton High Street in Middlesex.

A member of the public spotted the incident, on January 5, and rushed the little dog into a shop nearby to check her over before the animal welfare charity was called. 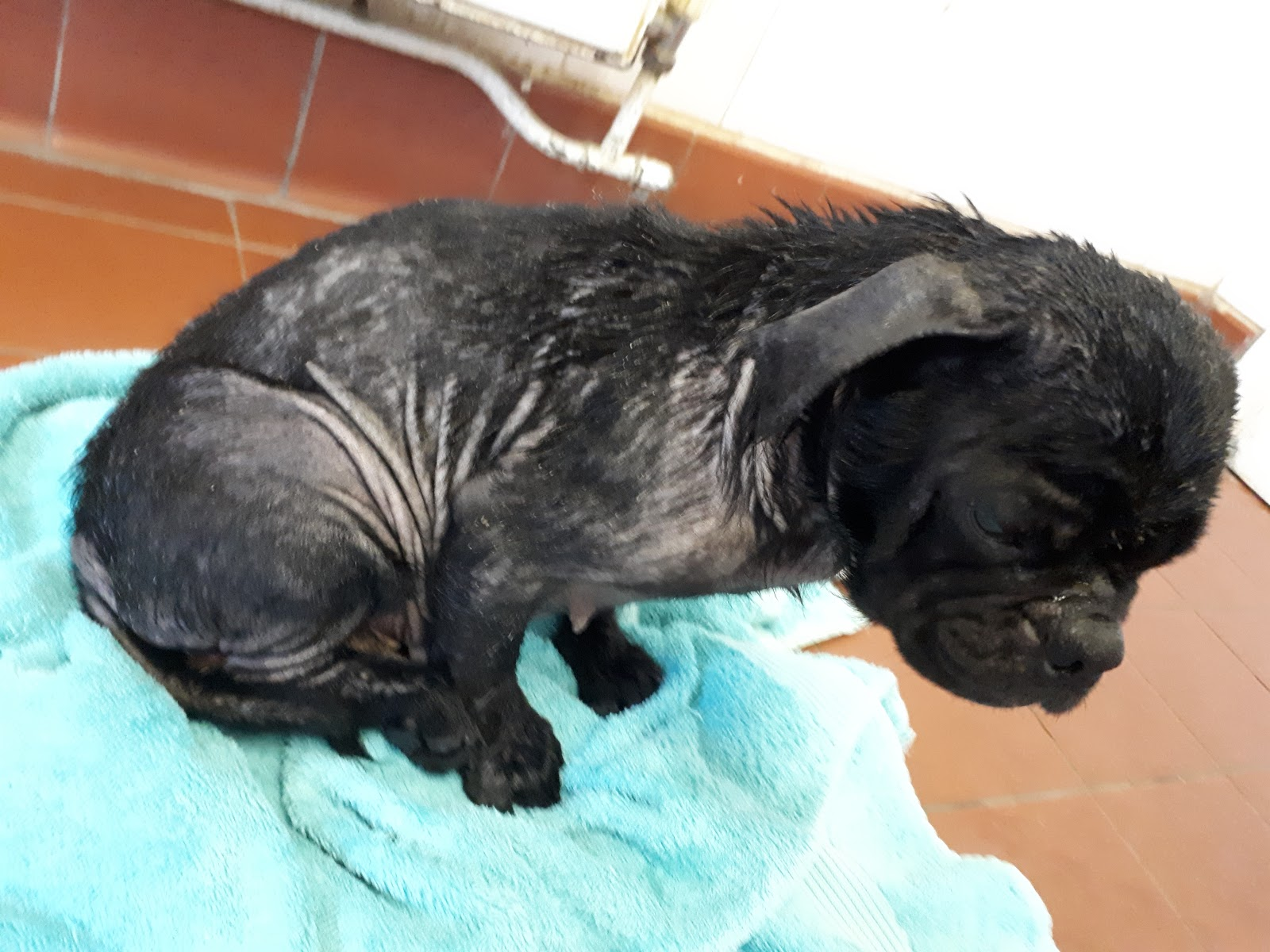 Peggy was collected and taken to the vets who, thankfully, couldn’t find any injuries from her ordeal. However, she was in poor general health and condition and was taken to RSPCA Millbrook Animal Centre, in Chobham, Surrey, for special care.

Deputy manager Liz Wood has been fostering Peggy since. She said: “Poor Peggy was in a real state. Physically she was withdrawn, skinny and was losing a lot of her fur. 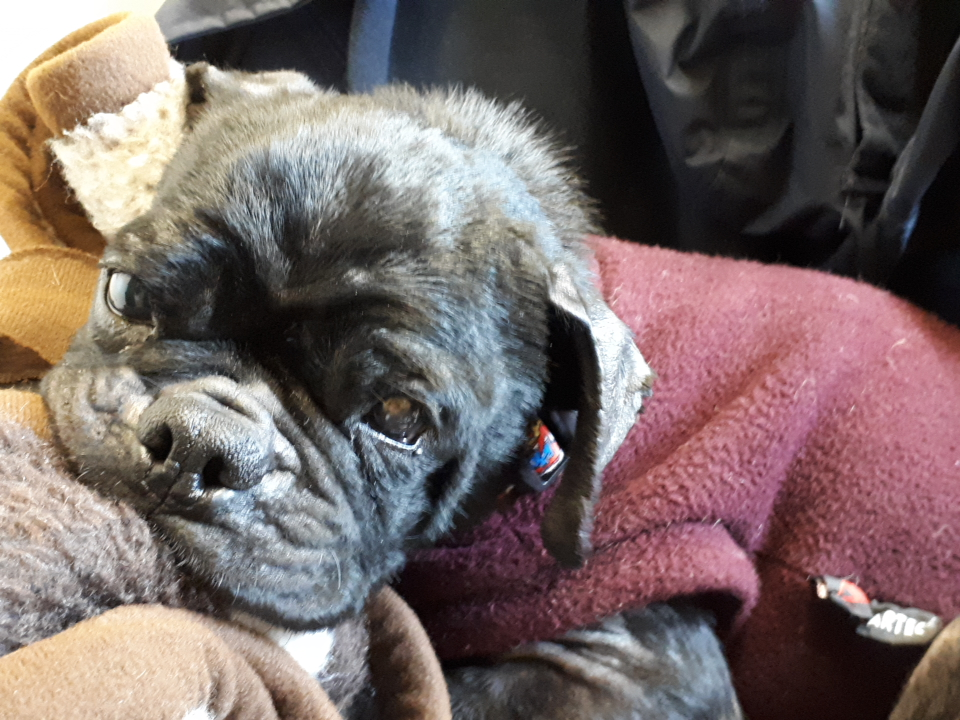 “Mentally you could see she was scarred too, you could see the sadness in her eyes – God knows what she’d been through for most of her little life.

“It was clear to me that she’d been bred from multiple times and had obviously had quite a few litters. I suspect she’d been kept as a breeding machine to produce puppies which could be sold on for large numbers. Then, when she came to the end of her shelf life, they discarded her like rubbish.

“It’s heartbreaking and utterly despicable to treat a dog like a disposable object.”

Luckily for little Peggy she’s now being treated like a queen by Liz. She enjoys going into work with her, spends time behind reception at the animal centre, and goes home with Liz at night.

RSPCA inspectors launched an investigation and, meanwhile, Peggy went from strength to strength in Liz’s care.

“She’s growing in confidence and is starting to come out of her shell,” Liz said.

“We’re starting to see her cheeky side now. She barks when she want food and she makes funny little grunting noises when she is pleased to see you – her whole body wags, it’s adorable! 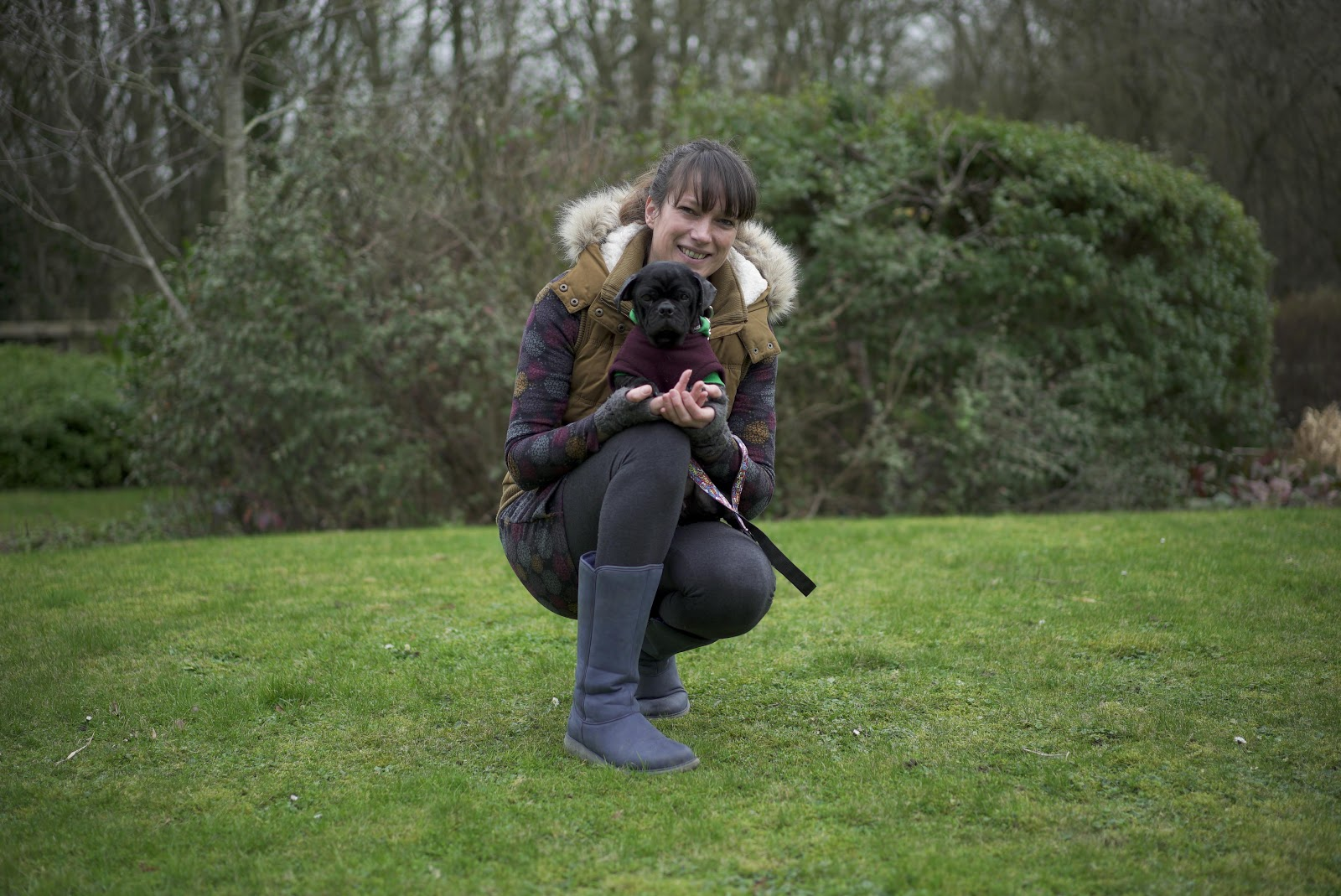 “She’s such a sweet dog and will make a wonderful companion for someone. Once she’s back to full health we’ll be looking for a new home for her – and I’m sure won’t struggle to find one!”

The RSPCA is seeing the effects of a soaring demand for designer breeds, such as pugs. The animal welfare charity – the largest and oldest in the UK – has seen an increase in the number of these breeds being abandoned and coming into centres up and down the country.

“Poor dogs like Peggy pay the ultimate price, locked up in terrible conditions and forced to produce litter after litter of puppies to be sold onto unsuspecting members of the public.

“This is why we need tougher regulations around the breeding and selling of dogs and we hope proposals by the Government to bring in licensing and new regulations will help.

“We’re also urging the public to consider rescuing a dog, like Peggy, instead of buying a puppy. The RSPCA has thousands of wonderful dogs of all shapes and sizes, with different stories and backgrounds, waiting for their forever home.”

Get Our BEST Dog Magazine Content
Enter your email and never miss out on receiving our best articles:
anti puppy farmingpuppy farmpuppy farming