A group of eight dogs have led a protest against the world of animal testing for cosmetics outside the United Nations headquarters in New York.

The dogs carried banners and wore bandanas to express support for the campaign, Forever Against Animal Testing, a collaborative campaign between international beauty company The Body Shop and Cruelty Free International.

The protest aimed to highlight the shocking fact that 80% of countries worldwide still have no laws banning cosmetic animal tests. 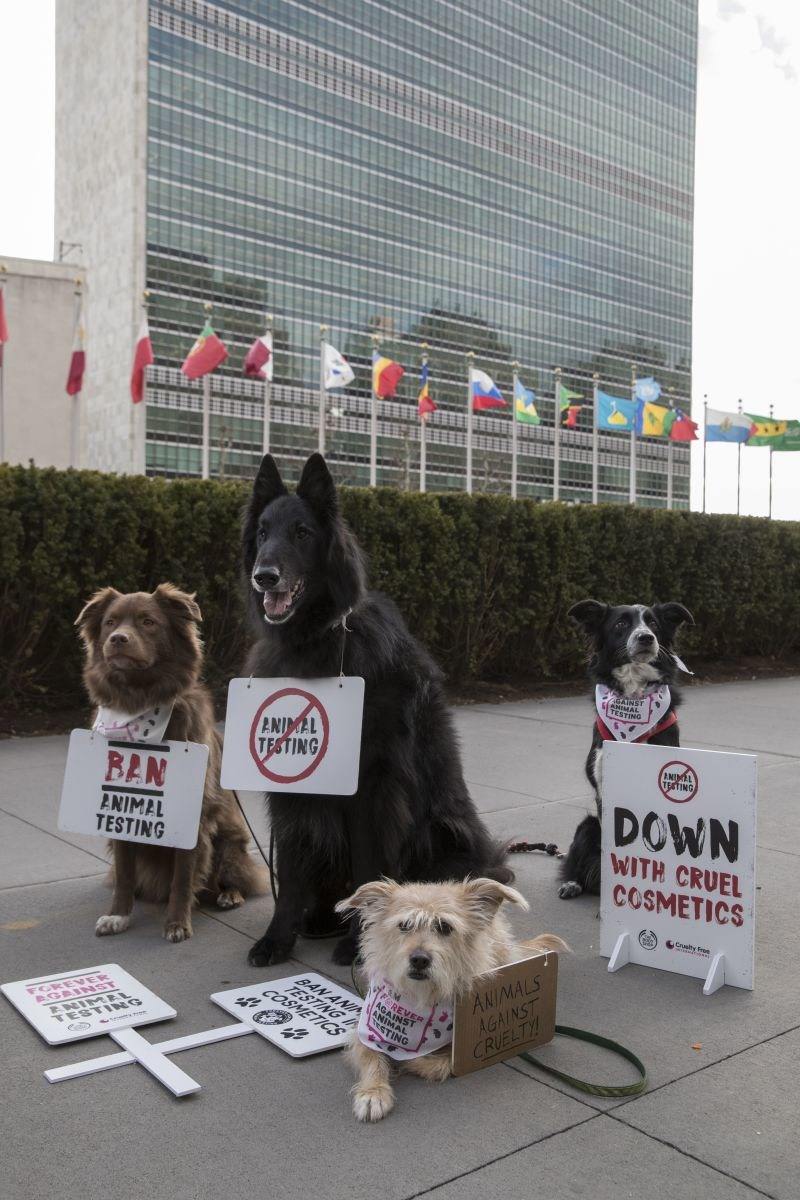 With a goal of reaching 8 million signatures (the campaign has gathered over 4.1m signatures in the last six months), the global petition is now the biggest ever against animal testing in cosmetics.

Once the petition reaches its target, The Body Shop and Cruelty Free International will present it to the United Nations, calling for an international convention to ban animal testing on cosmetics to protect millions of animals around the world. Last week, the organisations met with UN officials to progress discussions on the topic.

In September 2017, The Body Shop was acquired from L’Oreal by Natura, the Brazilian-listed multi-national cosmetics company, which is cruelty-free and a publicly-listed B Corp. Both Natura and The Body Shop’s new sister company, Aesop, have today officially backed the campaign. 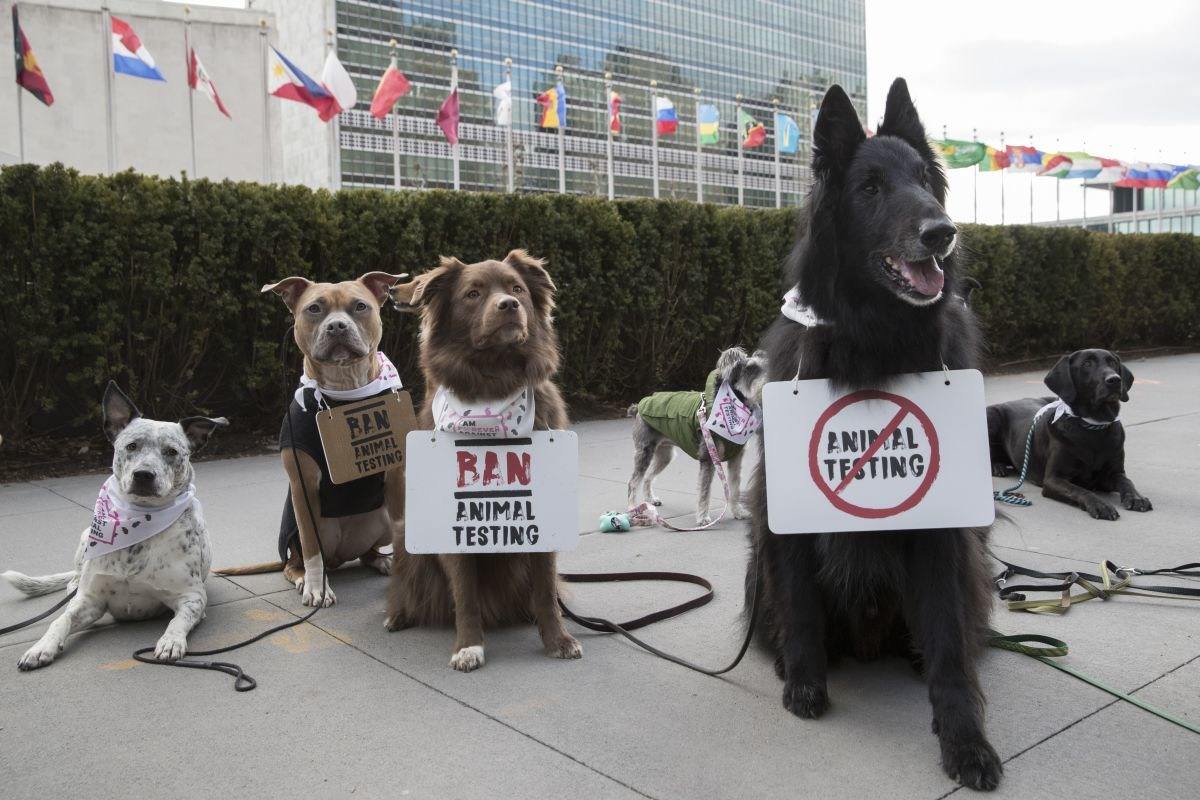 Jessie Macneil-Brown, Head of Global Campaigns, The Body Shop, says, “At The Body Shop we believe passionately in animal welfare and that animals shouldn’t be used for cosmetic testing. We staged our animal protest with dogs, as they have been a powerful symbol for us throughout our Forever Against Animal Testing campaign, representing the relationship we have with animals and connecting with our cruelty-free supporters. This unique protest is symbolic of our huge ambition for ending cosmetic animal testing globally. We are now calling on every person, every company and every government to join our campaign, and help us finish what we started”.

Michelle Thew, CEO of Cruelty Free International says: “Today’s protest sends a strong message to consumers and brands around the world that we need their support. We have made huge progress towards our goal of banning animal testing for cosmetics, but there is still work to be done. We want to see every company that is against animal testing pledge their support and encourage their customers to do the same”.

Photographer Elias Friedman (the man behind the social media account @TheDogist) also attended the protest said, “I supported The Body Shop’s Forever Against Animal Testing campaign when it launched, and it’s great to be here at home in New York at the first ever pet protest at the United Nations. The protesting dogs represent all animals and remind us why animal testing in cosmetics should be banned once and for all.”