Twenty eight years ago, Dangerous Dogs Act 1991 which includes Section 1, the prohibition of four types of dogs considered ‘dangerous’ due to their appearance, was introduced into UK legislation. As a result, thousands of dogs have lost their lives based on how they look rather than act.

As we mark the anniversary of the introduction of the law, animal welfare organisation, the RSPCA, are calling on the UK Government to review the Dangerous Dogs Act, while releasing a series of images in memory of five of the dogs who have lost their lives due to this unjust law, which judges dogs predominantly on their appearance. 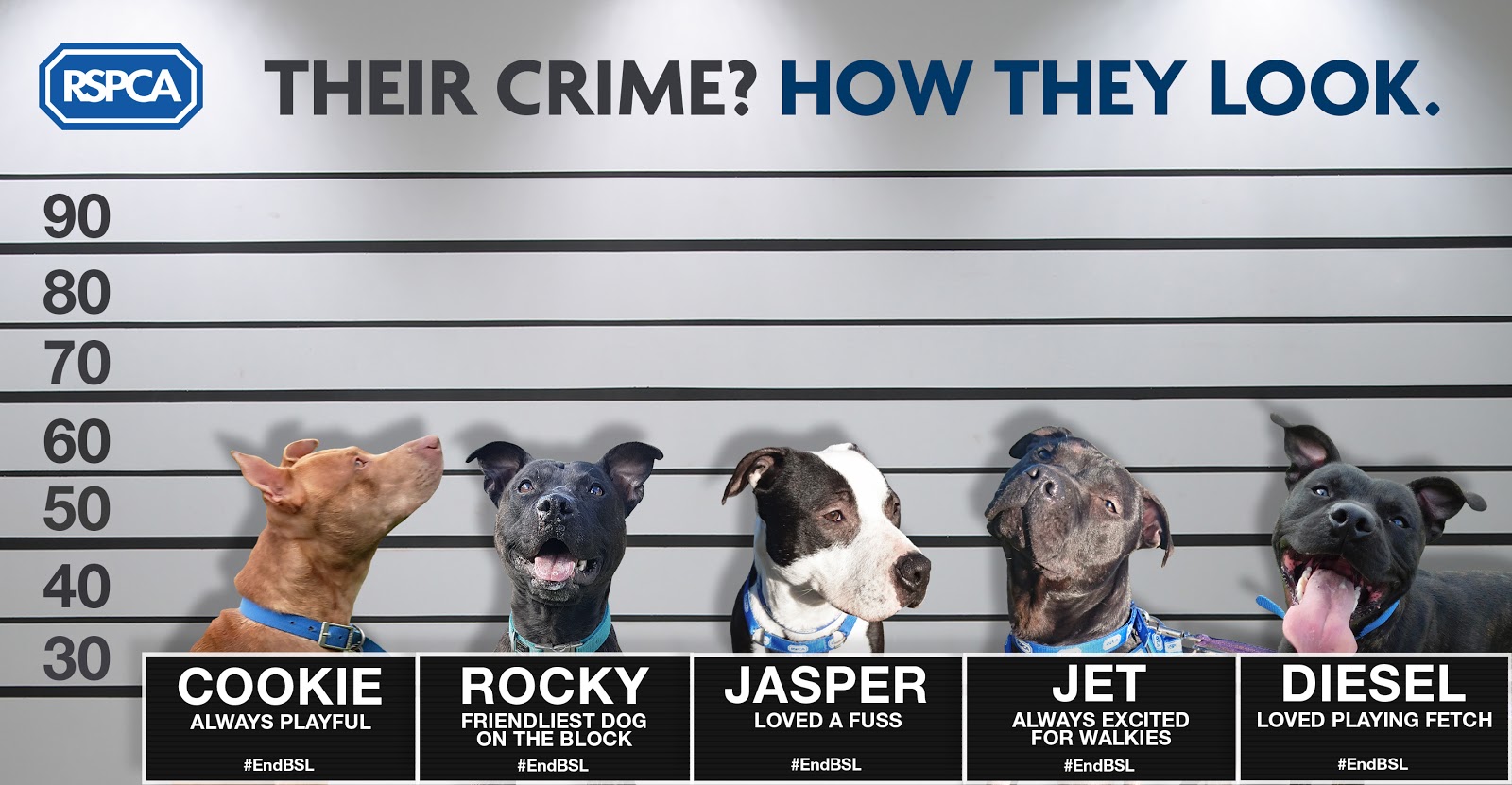 Dr Samantha Gaines, an RSPCA dog welfare expert and lead author of the Breed Specific Legislation: A Dog’s Dinner report, said: “The law is letting down dogs who look a certain way, who have specific measurements, or who tick an unfortunate number of boxes on a list. This is unfair, unjust and wrong.

“The Dangerous Dogs Act was a knee-jerk piece of legislation, introduced in response to a series of high profile dog attacks. But in the 28 years since its inception, hospital admissions due to dog bites have continued to rise, tragic fatalities as a result of dog incidents have continued, and thousands of dogs have needlessly lost their lives.

“It’s high time the UK Government respond to the scientific research, follow in the footsteps of other nations around the world who have repealed BSL and do, not just what is right for dogs, but for public safety and ensure both are better protected.”

Breed specific legislation – or BSL – prohibits the owning, breeding, selling, advertising or rehoming of four types of dogs: Pit bull terrier, Japanese tosa, Fila Brasiliero and Dogo Argentino. All four types of dogs were traditionally bred for fighting but there is no robust scientific evidence to suggest that any pose greater risk of being aggressive or causing more damage should they bite.

In the UK, any dog suspected of being a prohibited type will be assessed by a police dog legislation officer and compared with a breed standard. Depending on how closely the dog matches the standard they could be identified as being of type. Their parentage and genetics will not be considered as part of the assessment. For some dogs, being identified as a prohibited type means living with lifelong restrictions but for others, the way they look is a death sentence.

In 2018, the Environment, Food and Rural Affairs (Efra) Select Committee launched an inquiry into the legislation and recommended that the Government urgently review the law, particularly around Section 1.

The legislation makes it illegal to rehome or give away any dogs that have been identified as a prohibited type which means it is illegal for the RSPCA to find new homes for these dogs even if they would otherwise be considered ideal for rehoming with a family. This means that legally we are forced to put them to sleep which is extremely distressing for our staff and volunteers who form close bonds with these dogs.

This week, the charity is profiling five dogs who were all euthanised due to BSL:

Diesel was rescued by the RSPCA in 2017 and staff loved his playful side. A staff member who cared for him said: “Diesel loved playing fetch.” 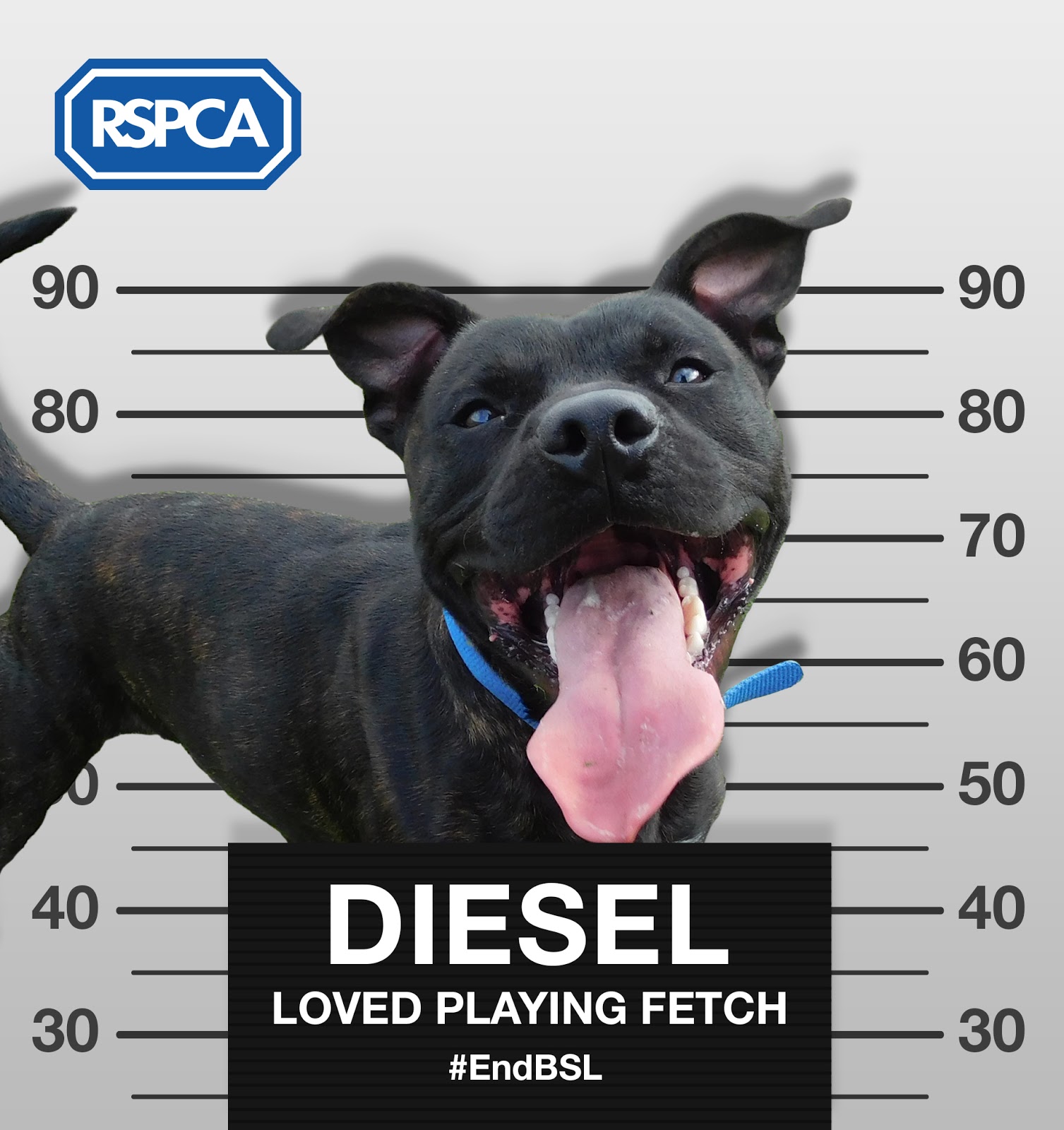 Cookie was taken in by the charity in 2018. She was described as “loving and playful” by those who looked after her. 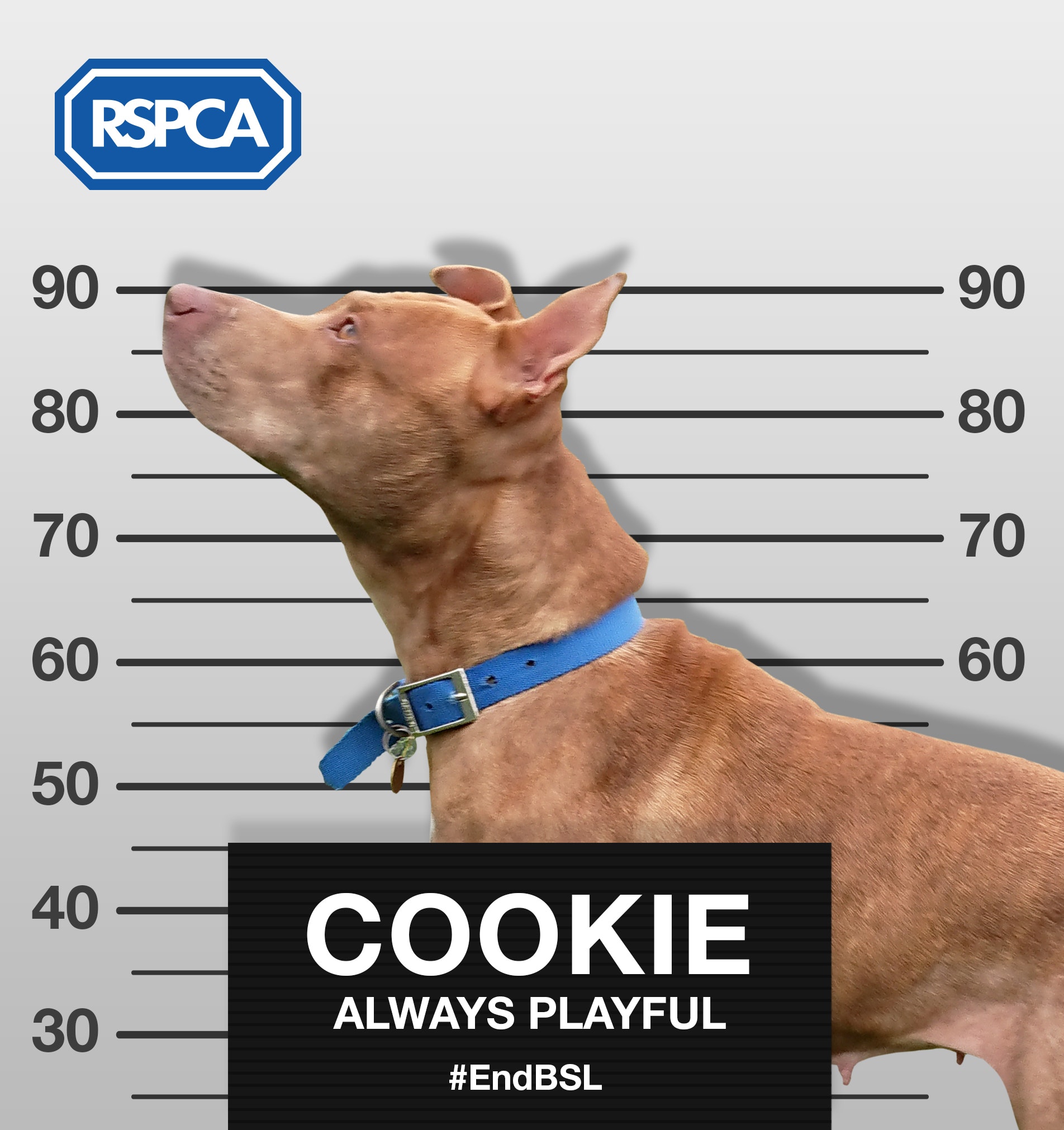 Jasper and Jet were rescued in a dog fighting operation in 2016. RSPCA staff who rehabilitated them said: “Jasper loved a fuss and Jet’s favourite time of day was walkies.” 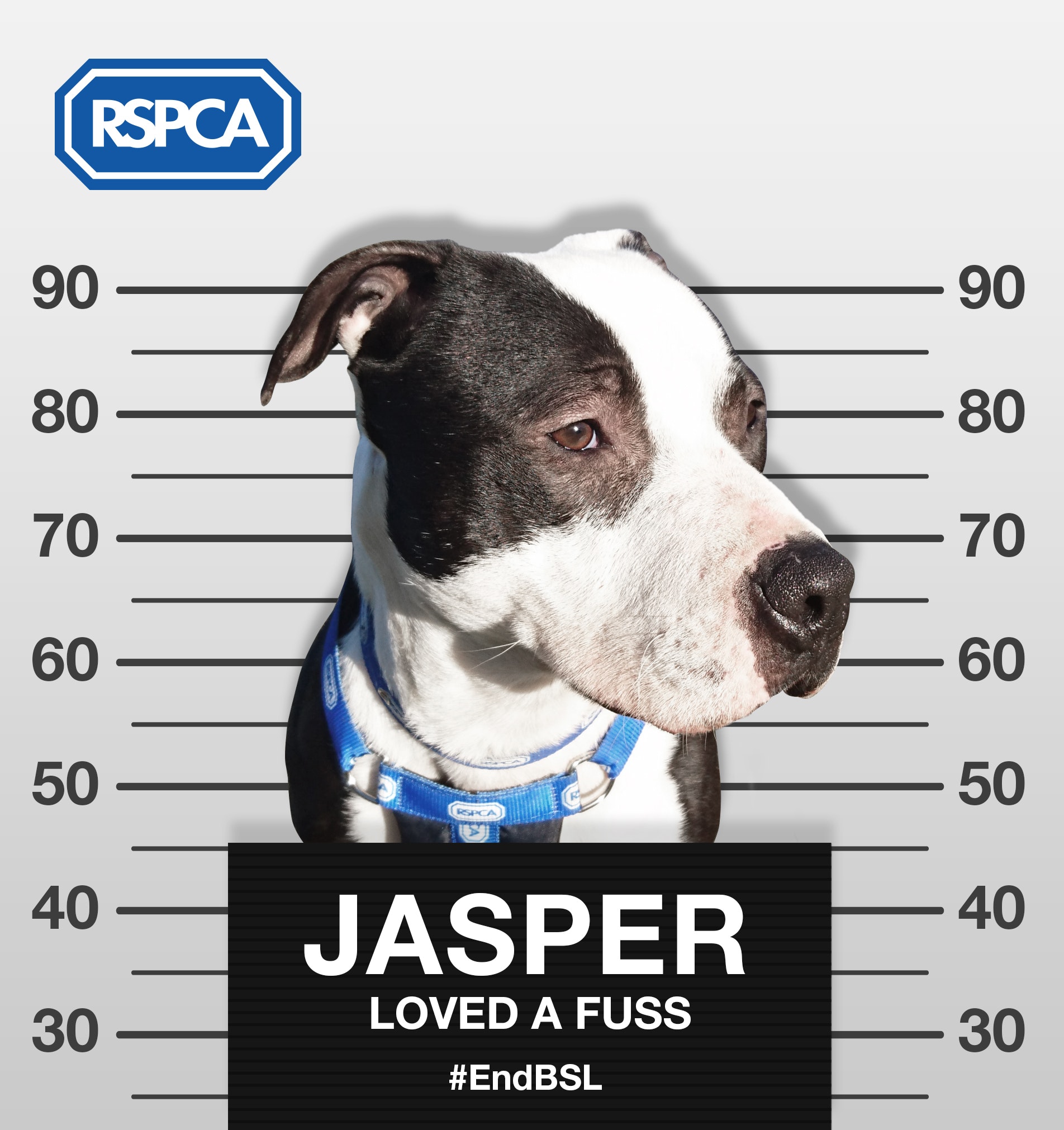 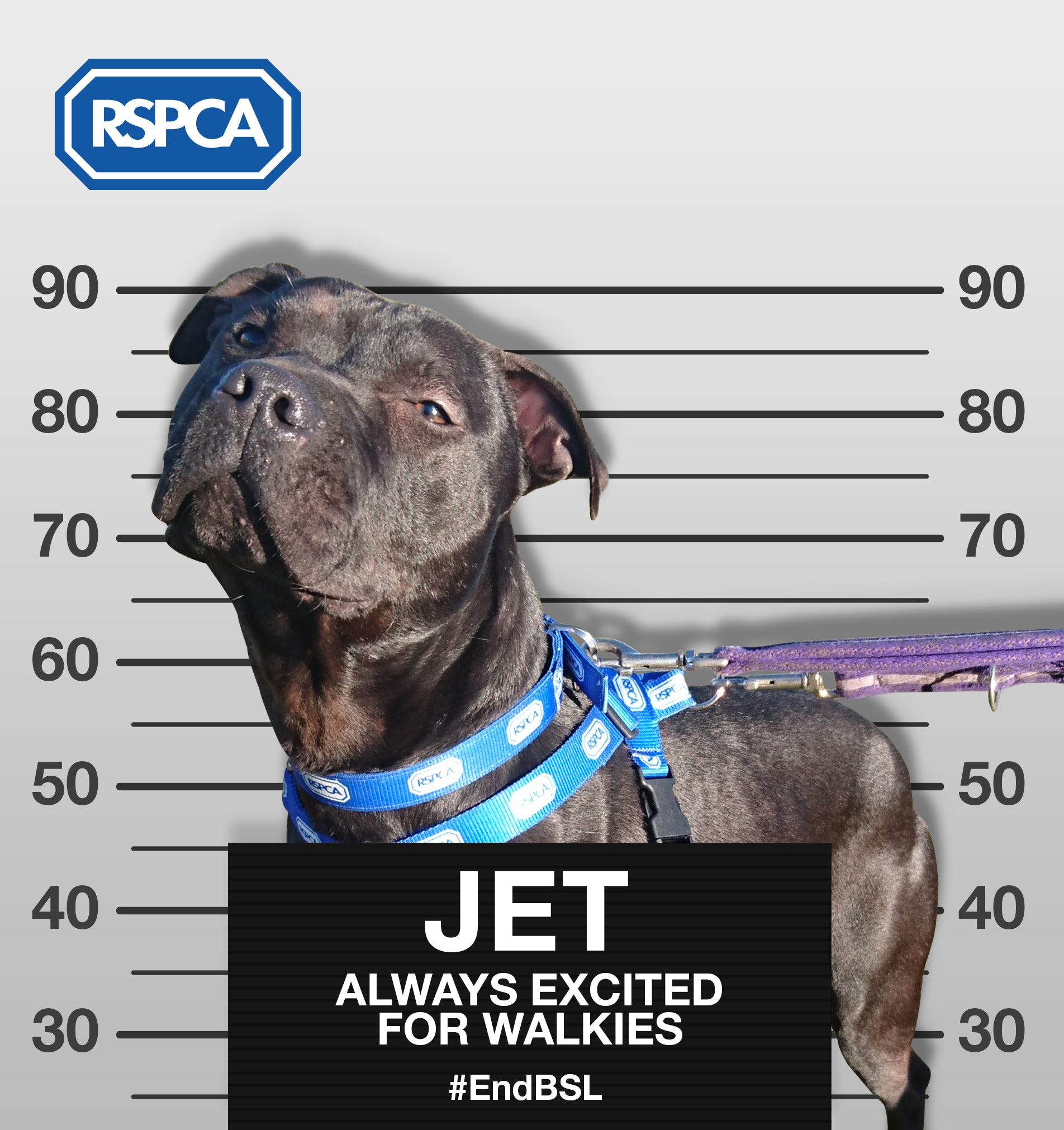 Rocky arrived in RSPCA care in 2018. Staff fell in love with him as he was described as the “friendliest dog on the block”. 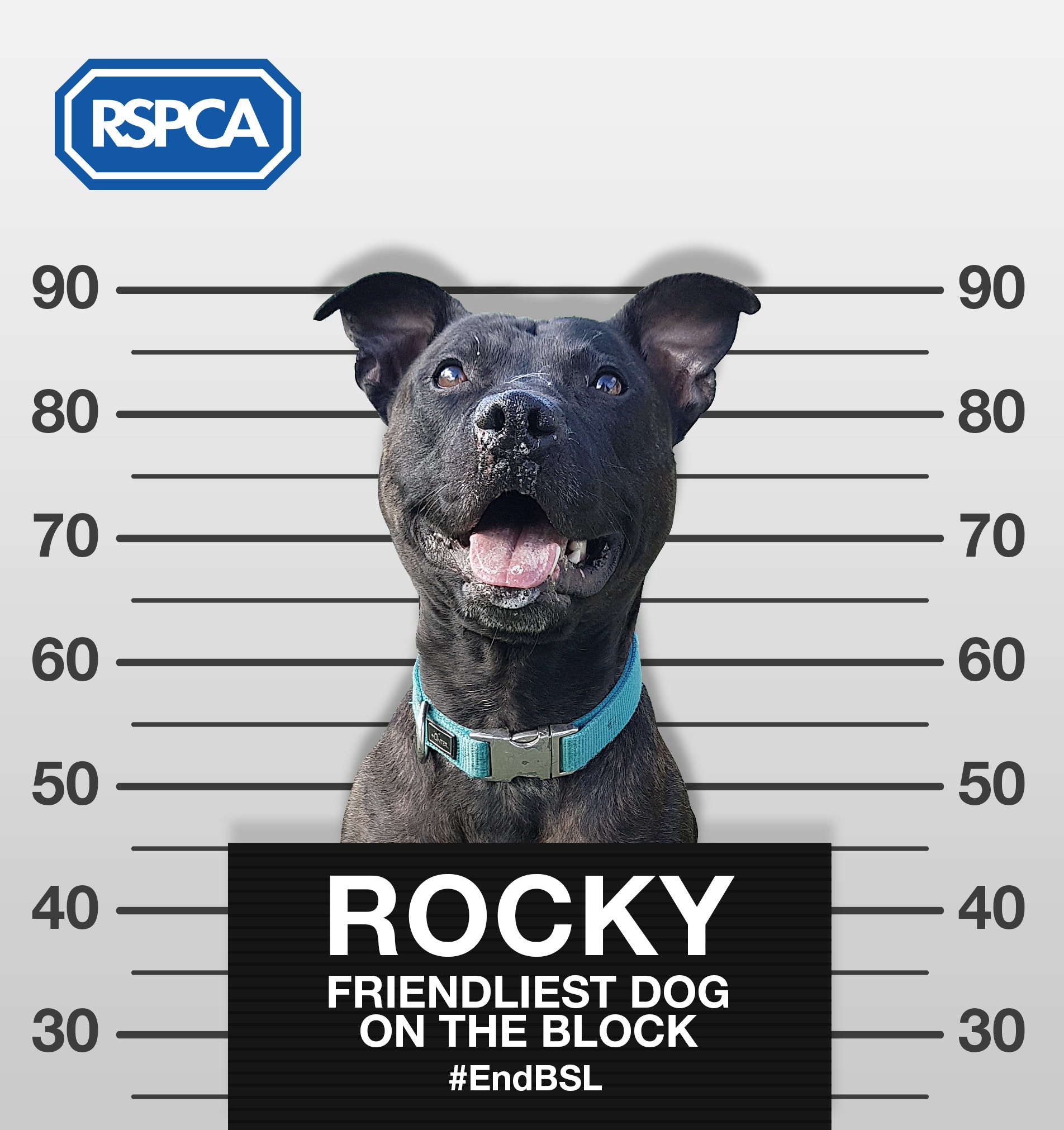 Dr Gaines added: “Defra has commissioned research by Middlesex University and we’re awaiting the results. We hope that this will show once and for all that BSL has no scientific basis, is ineffective and needs urgent repeal.

“Breed or type is not a good predictor of risk. Whether a dog chooses to use aggression is extremely complex and depends on their breeding, rearing and early-life experiences.

“Unfortunately BSL can mislead people to believe that some breeds of dogs are safe when any dog has the potential to bite – and that’s why it’s so important that adults and children know how to interact safely with dogs and what warning signs to look out for that suggest a dog is uncomfortable. It’s also incredibly important that dog owners are responsible with their pets, keep them under control in public places and speak to a vet or clinical animal behaviourist if they show any concerning behaviour.

“BSL fails to protect public safety and seriously compromises dog welfare. We’re calling for the general public to help us stand up and speak up for these dogs.”