A 19-year-old terrier – the oldest the RSPCA has ever taken in to rehome – has found his paw-fect match with a retired widow from Coventry.

Stormy was rescued by RSPCA inspector Herchy Boal earlier this month after he was spotted collapsed in a snowy garden in temperatures as low as -3C.

The animal welfare charity received an anonymous call on 2 March and inspector Boal was extremely concerned for the terrier – who is 92 in dog years!

His owners signed him over into the RSPCA’s care and Stormy was taken to the charity’s Birmingham Animal Hospital for a check-up before going into kennels at nearby Newbrook Farm Animal Centre. 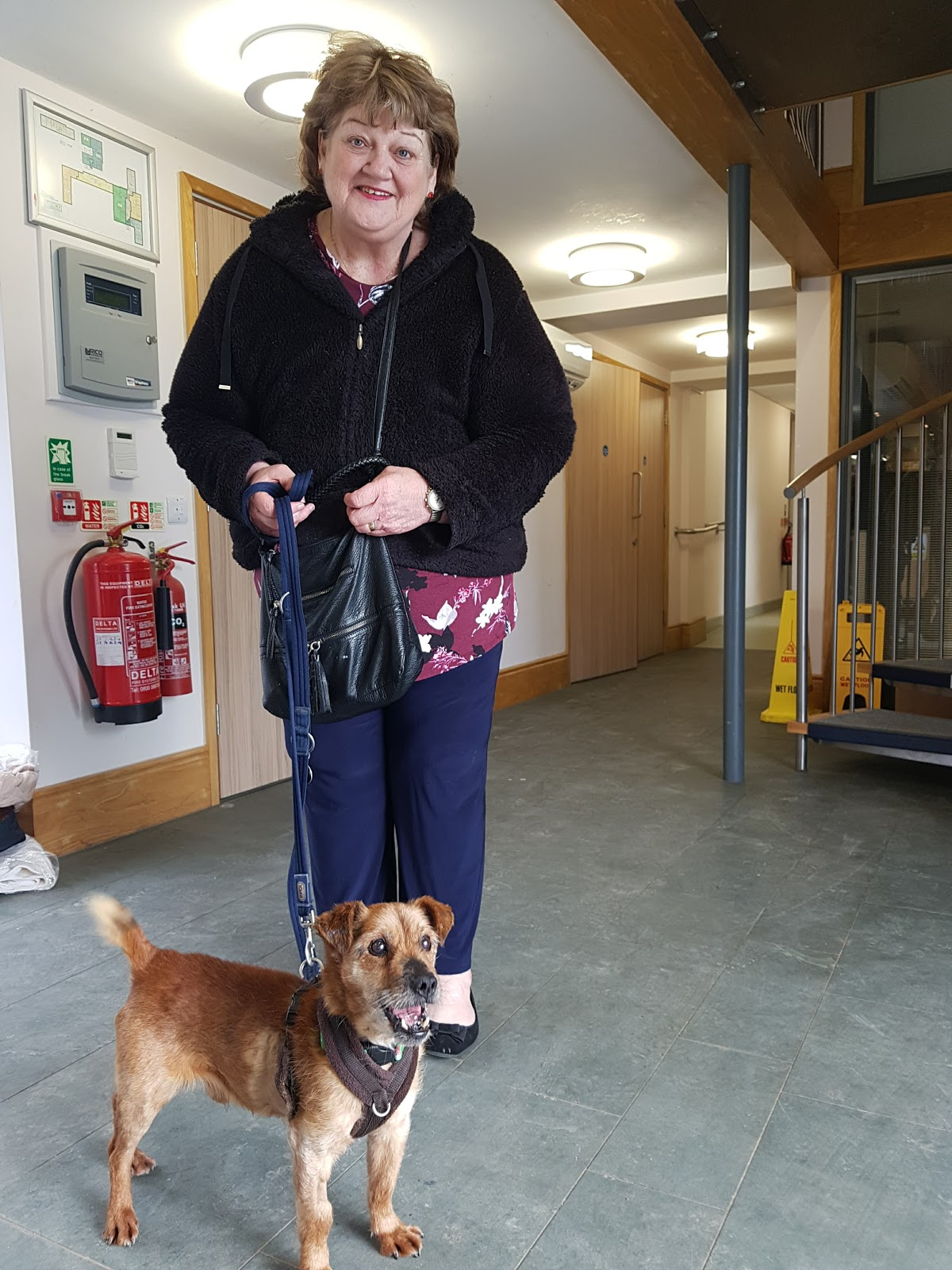 Elizabeth Sidgwick, from Coundon, had been thinking about getting another dog when her daughter spotted Stormy’s story in the local press.

“I’d been looking for a dog for a while. I didn’t want a puppy, I wanted an older dog and I felt like I’d know when it was the right one for me,” she said. “And he is the spitting image of my previous dog, Barney, who I had for 15 years.”

She went to meet the senior pooch and knew he was the one for her. Stormy came home with Elizabeth on Sunday (25 March) and is settling in brilliantly already.

“He is lovely – especially considering what he’s been through. He just wants to be loved,” she said.

“He can be a cheeky boy though. When you’re eating he thinks he should have some so he sits, stares at you and barks!

“He is just great. Everyone loves him!”

Despite a minor heart murmur and cataracts in both eyes – which have left him with poor sight – the plucky terrier is relatively healthy.

“He has cataracts so has had a few problems walking into doors and objects but I’m helping him learn his way around the house,” Elizabeth added.

“But that doesn’t seem to stop him sitting on his bed and watching the TV!

“Whether he has just a few months left or a few years, he is going to be happy and that’s the main thing.”

And it’s not just Stormy who has been rescued – Elizabeth says the rescue pooch has changed her life too: “I was widowed three years ago and he has just brought something back to my life. He is something for me to focus on and someone for me to talk to.

“He follows me around the house and keeps me company. I think we have filled the gap in each other’s lives.”

Would you like to bring some joy and adopt an older dog?

Get Our BEST Dog Magazine Content
Enter your email and never miss out on receiving our best articles:
adopt an older dogdog adoption

Yes, You CAN Still Adopt A Dog During Lockdown