Is passive smoking harmful for dogs? Can second hand smoke be dangerous to a dog’s health? Many dog owners wonder about the effects of smoking on their dog’s health and now a campaign urging smokers to stop lighting up around their pets – because the toxic fumes could kill or harm them – has been launched today by vet charity PDSA.

Second-hand smoke has been long been linked to potentially fatal diseases in humans, including lung cancer and heart disease. However, the charity says the impact of passive smoking on pets is just as serious – and just as avoidable. 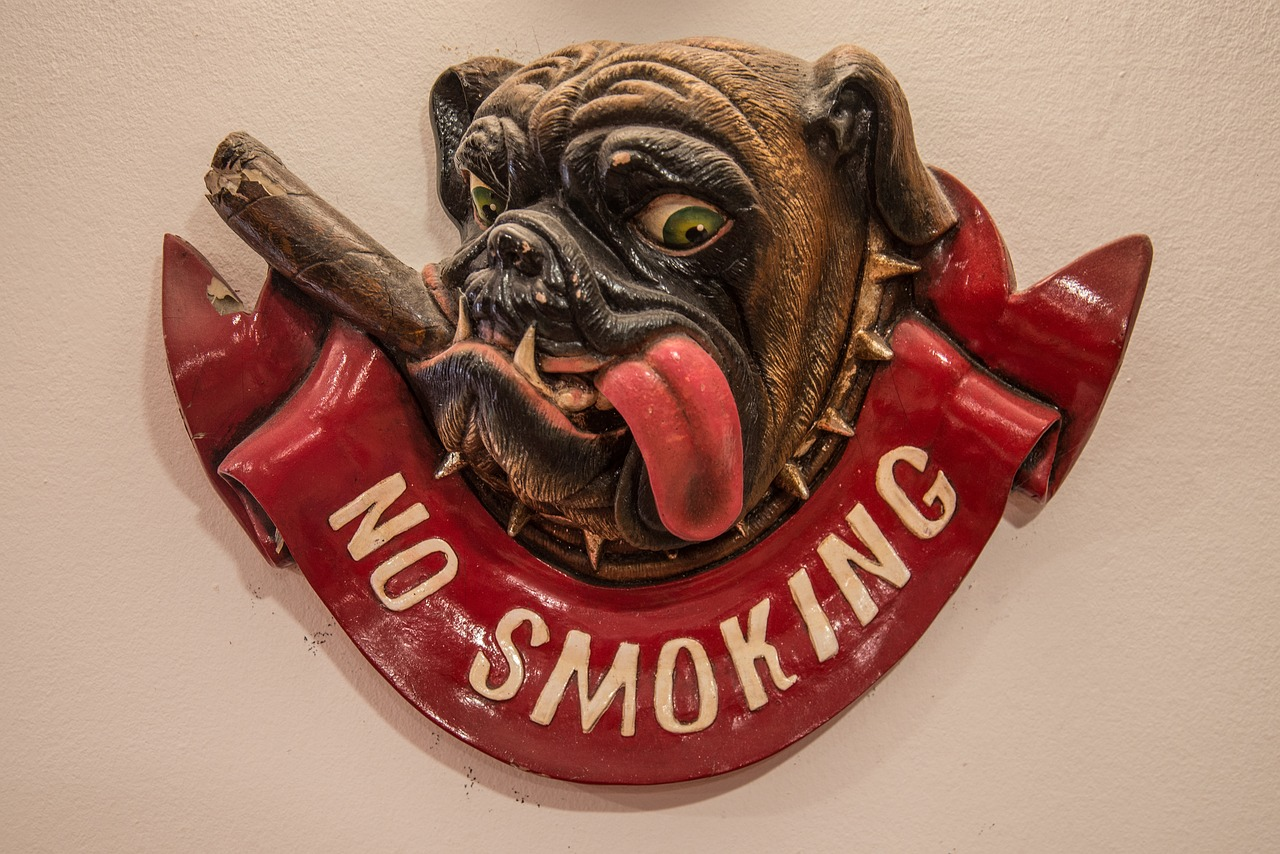 Now, to coincide with National No Smoking Day (14 March 2018), PDSA is urging owners to quit for their pets’ sake.

PDSA vet Olivia Anderson-Nathan said: “Many pet owners are unaware of the risks that smoking can have on their pets’ health. If they knew, I’m sure they would want to protect them.

“Our vets and nurses regularly see the devastating impact smoking can have on pets. Problems range from issues like asthma and chronic coughing through to fatal conditions. Cancers such as lymphoma, for example, are twice as likely in cats exposed to cigarette smoke.

Olivia added: “Recent studies highlight that this is a really serious issue, and we want pet owners to know that they can make a real difference by simply choosing to smoke outdoors away from their pets.

“Thanks to funding from players of People’s Postcode Lottery we’ve launched a campaign to raise awareness of the issue. We want pet owners to realise that, if they smoke, their pets smoke too.”

According to PDSA, different pets are affected in different ways by the effects of passive smoking. Dogs are prone to smoking-related breathing problems and there are links between smoke and difficult-to-treat nasal and sinus cancers in longer nosed dogs. In cats, their grooming habits mean that smoke lands on their fur and as they groom they lick off the cancer-causing chemicals, which can be a factor in the development of mouth cancers.

Cigarette smoke can also be harmful to pet birds and small pets (such as rabbits and guinea pigs), as they have very sensitive respiratory systems.

Scientists at the University of Glasgow have been researching the effects of passive smoking on pets for several years. This reveals that family pets are equally, if not more, at risk than humans from passive smoking.

The Veterinary Poisons Information Service (VPIS) – a 24 hour telephone emergency service used by vets for animal poisoning cases – says it has seen an increase in cases of electronic cigarette poisoning over the past few years. According to its latest data, there were 113 reported cases in one year alone, with the true figure likely to be much higher.

For more information about the dangers of passive smoking to pets and advice on how to keep them safe, visit www.pdsa.org.uk/nosmoking

Pet owner Jackie Fox, whose cat Alvin developed asthma, says his health has improved after she stopped smoking inside.

Vets at PDSA’s Glasgow Shamrock Street Pet Hospital warned Jackie that her habit was making her one-year-old cat poorly and urged her to stop smoking around him.

Following the advice, the 39-year-old immediately changed her habits and now plans to quit altogether.

Jackie, from Glasgow, said: “I noticed that he was really wheezy when breathing so I took him to PDSA and they told me my smoking could be affecting him.

“He’s my baby so I was horrified to think that my smoking could be harming his health. I used to smoke in the same room as him but now I go outside and it’s incredible that after just a few weeks he already seems a lot better. The plan is to quit smoking now for my own health as well as Alvin’s.”

Jackie has owned Alvin and his brother Theo since they were eight-weeks-old.

She added: “I’ve smoked for over 20 years but I’m determined to stop to help my pets. I would urge other pet owners who smoke to consider giving up or at least going outside to reduce the exposure to the cigarette fumes.”

Get Our BEST Dog Magazine Content
Enter your email and never miss out on receiving our best articles:
is passive smoking harmful to dogspassive smoking and dogssecond hand smoke bad for dogssmoke and dog