Home
Magazine
Six Puppies & Us – The Good, The Bad & The Ugly of Owning a Puppy?
Prev Article Next Article

Last night part one of the two part show, Six Puppies & Us, aired on the BBC. Its a show K9 Magazine learned of some months ago as we took part shooting a cover for Stewie (issue 77) so we were excited to see how the show evolved.

The premise of the show is simple – to show the journey of six different dog owners starting out in their puppy owning lives. Some may find themselves judging the owners on their journeys, but really isn’t it better to show the reality – the good, the bad and the ugly, of puppy ownership? The trials and tribulations, the fun, the successes while training, and everything in between as the puppies develop?

At this time of year while rescues are readying themselves for the influx of dogs bought as presents and given up as reality sets in, shows like this could be the difference in showing the whole picture.

I am possibly more experienced than the average dog owner, I would like to think so anyhow, but our home and daily routine had been guided by older dogs – Chloe, 15, and Mia, 9 – until last September.

The reality for me of bringing a puppy into our home meant massive changes in expectations. Sitting down to watch a TV programme recorded without interruption – no chance. Having a small lie in – haven’t you got a puppy to let out? And don’t even get me started on puppy training – rugs bought for Chloe to help her move around the home in the only two non-carpeted rooms of the house – ruined. All aspects changed and it’s right that it did for Christopher’s sake, but I’m not sure I’d quite remembered all parts of puppy ownership with it being 8 years since I had last had a puppy in the home.

Hopefully shows like this are entertaining to an extend but more so educational to those who might be considering bringing a dog into the home, and with this perhaps – just perhaps – it might encourage those who are considering getting a dog to rescue an older dog if they might not be prepared. Or for those who get a puppy, they’ll have their eyes wide open to the months ahead before their puppy enters adulthood.

If you missed part one of the show, you can catch up here before watching part two tonight on BBC Two at 8pm.

Let us know what you thought of the show here, we’d love to hear your thoughts! 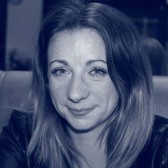 Kim O'Meara is a contributing editor at K9 Magazine, Head of Campaigns at Total Pet Publishing and co-founder of dogsblog.com, the UK's largest dog adoption site.