China’s city of Shenzhen has just passed a ground-breaking law to ban the consumption and production of dog and cat meat, the first city in China to do so. The ban has been welcomed by long-time anti-dog meat trade campaigners Humane Society International as a watershed moment in efforts to ban the trade across China.

The food safety legislation (Shenzhen Special Economic Region Regulation on a Comprehensive Ban on the Consumption of Wild Animals) proposed in February by Shenzhen legislators, comes into effect on 1st May. 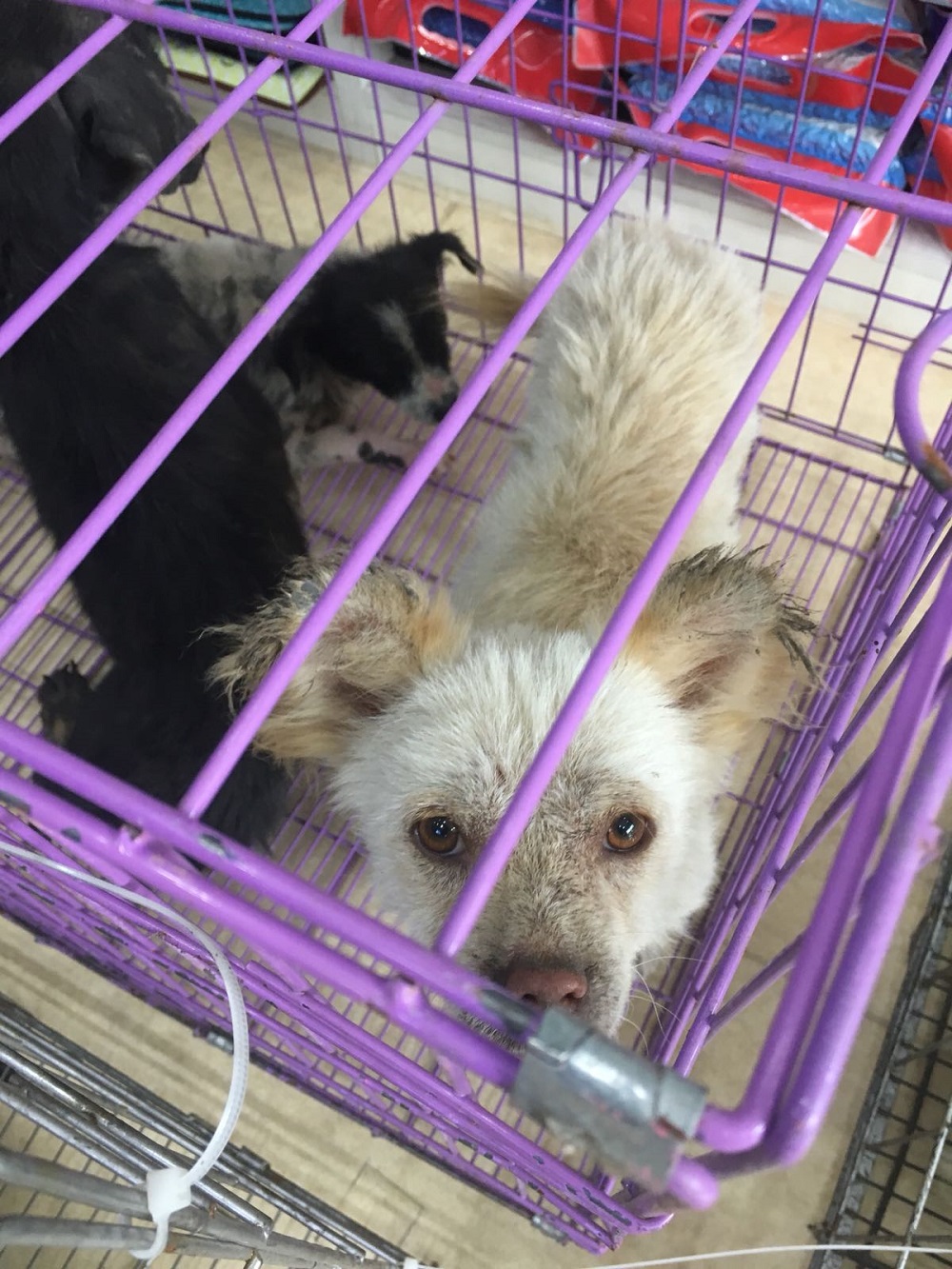 A dog rescued from a Yulin slaughterhouse, pictured at a rescue shelter in North China / Photo Credit: HSI

Unlike the temporary ban on wildlife markets and consumption passed by the national government, Shenzhen’s ban is a permanent prohibition on the consumption, breeding, and sale of wildlife such as snakes, lizards, and other wild animals for human consumption, with heavy fines of up 150,000 yuan.

Although advanced in response to the coronavirus outbreak, an unrelated ban on the consumption of “pet” animals was also included in acknowledgement of their status as companion animals. In announcing the ban, a spokesperson for the Shenzhen government said “… dogs and cats as pets have established a much closer relationship with humans than all other animals, and banning the consumption of dogs and cats and other pets is a common practice in developed countries and in Hong Kong and Taiwan. This ban also responds to the demand and spirit of human civilization.”

To further underpin that, the law clarifies those species permitted to be consumed (pig, cattle, sheep, rabbit, chicken etc, with dogs and cats noticeably absent). Therefore from May 1, the sale of cats and dogs for human consumption will now be banned in restaurants and stores throughout Shenzhen, and sale of live cats and dogs for consumption will be banned in markets.

Dr Peter Li, China policy specialist for animal protection charity Humane Society International, welcomed the news, saying: “With Shenzhen taking the historic decision to become mainland China’s first city to ban dog and cat meat consumption, this really could be a watershed moment in efforts to end this brutal trade that kills an estimated 10 million dogs and 4 million cats in China every year.

The majority of these companion animals are stolen from people’s back yards or snatched from the streets, and are spirited away on the backs of trucks to be beaten to death in slaughterhouses and restaurants across China.

Shenzhen is China’s fifth largest city so although the dog meat trade is fairly small there compared with the rest of the province, its true significance is that it could inspire a domino effect with other cities following suit. Most people in China don’t eat dog or cat meat, and there is considerable opposition to the trade particularly among younger Chinese.

Although World Health Organisation advice is clear that dogs and cats pose no known coronavirus threat whatsoever, it’s no surprise that attention is turning to this trade at this time because it undoubtedly poses a huge human health risk for other diseases such as rabies, as well as causing immense animal suffering.”

Dr Teresa M. Telecky, vice president of the wildlife department for Humane Society International, said: “Shenzhen is the first city in the world to take the lessons learned from this pandemic seriously and make the changes needed to avoid another pandemic. People around the world are suffering the impact of this pandemic because of one thing: the wildlife trade. Shenzhen’s bold steps to stop this trade and wildlife consumption is a model for governments around the world to emulate. We urge all governments to follow suit by banning wildlife trade, transport and consumption for any purpose.”

The city of Zhuhai in Guangdong province has become the second city in mainland China to ban the consumption of dog and cat meat, and of wildlife.

Zhuhai’s ban comes after China’s Ministry of Agriculture and Rural Affairs publicly stated that dogs are companion animals and not “livestock”. The Standing Committee of the People’s Congress of Zhuhai Municipality stated that lawmakers must adhere to China’s livestock “white list” of animals for human consumption.

Other cities in mainland China are believed to be considering bans.