A man has been jailed after admitting a number of animal welfare and fraud offences relating to the selling of dogs, in Staffordshire.

Jamie Parvizi (DoB: 05/06/79) of Stone Chair Lane, Scholar Green – on the border of North Staffordshire and Cheshire – appeared at Warrington Crown Court on Wednesday (12 April) where he was sentenced to 33 months in prison.

He had previously admitted 13 fraud offences – for making false representations as to the condition and breeding of puppies – and eight animal welfare offences.

Parvizi was also disqualified from keeping animals for life by the judge, who said he had sentenced with the “financial and emotional harm” to the victims in mind. He described the case as one of “sophisticated fraud”.

The RSPCA launched an investigation into the sale of puppies in Staffordshire in 2014 after receiving a number of reports and complaints from people who had bought dogs that had then fallen ill. 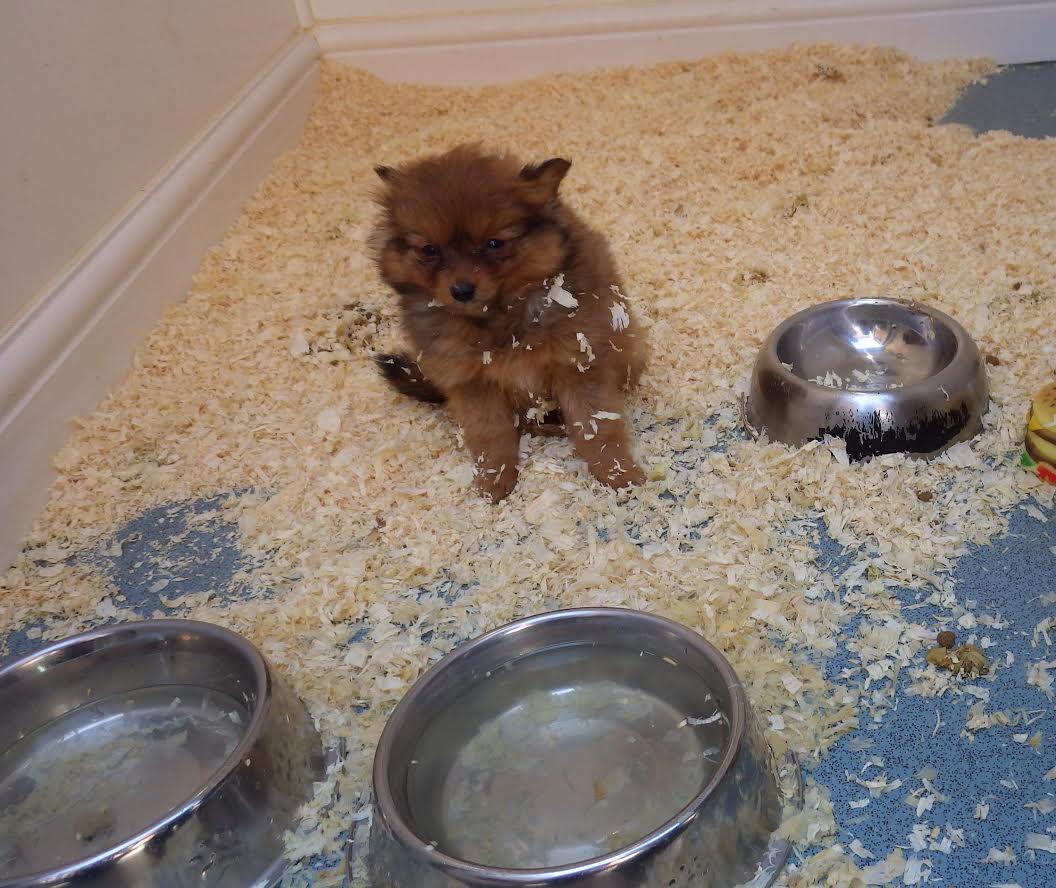 The animal welfare charity’s officers assisted police with a warrant at a property in Scholar Green on 9 April 2014, followed by a second warrant on 23 July 2015.

RSPCA inspector Jayne Bashford, who led the investigation, said: “We received a flurry of calls about puppies being sold which were falling ill or, sadly, even dying.

“From our early enquiries we established that lots of money was exchanging hands and people who were unknowingly buying sick dogs were stuck with huge vet bills.

“The investigation led us to Parvizi’s property in Scholar Green and when we went in with police we rescued 10 Pomeranians from the address.

“One of the puppies was collapsed and was severely lethargic, and some of the others were in poor condition with discharge from the eyes and nose.”

Vets checked over all of the dogs, many of which were in poor condition and some of which were poorly, before they were seized by police and placed into RSPCA care.

“We do not believe Parvizi was breeding these dogs himself but was importing from abroad and then selling the pups on,” inspector Bashford added.

“The adult dogs may well have been there so they could be passed off as the parents.

“We are seeing more and more cases whereby dealers and sellers are going to great lengths in order to convince prospective buyers that the puppies have been home-bred and well looked after, and to dupe them out of their money.

“That’s why Parvizi has been charged with fraud offences as well as animal welfare offences.”

While all the dogs seized from the property on the day were Pomeranians, other reports to the RSPCA about the address related to other toy and small breeds such as Maltese and Yorkshire terriers.

Puppies were being kept in purpose-built pods with UPVC doors, heat lamps and sawdust on the ground. The three pods were built outside in the garden of the property.

Gareth Warton, from Wales, bought his wife, Leah, a teacup Pomeranian for Christmas in 2014. But on Boxing Day she fell ill and, after days of treatment by vets and no improvement the couple made the heartbreaking decision to have her put to sleep.

They contacted Parvizi who offered them a replacement pup, called Ben (pictured).

Leah said: “We believed what happened to Lady could only happen once, but we were very wrong.

“Within four weeks, we had lost two little puppies, we were devastated and we were also £2,000 out of pocket having paid for costly veterinary care over the holiday period.”

Natasha Langmaid, also from Wales, bought her puppy, Bailey, in March 2014 for £650 from Parvizi’s home. Within days the tiny dog had fallen ill and need intensive treatment at a veterinary surgery.

To date, he’s needed around £7,000 in veterinary treatment which, thankfully, has been covered by insurance.

She said: “I have to remember I am one of the lucky ones who bought from these awful people because my fur-baby pulled through. Some others weren’t so lucky.”

The 10 puppies which were seized by police were taken in by RSPCA centres and placed into foster care. They can now go off to their new homes.