Six poorly puppies have been dumped in a bucket and left on a doorstep in Chobham Surrey just days before Christmas.

The five-week-old pups, thought to be lurchers, were abandoned in a bright orange bucket on a doorstep in Halebourne Lane on 14 December.

The littermates have parvovirus – a potentially deadly virus that is common among puppy farmed dogs – and staff and vets at the RSPCA are working hard to try to save them.

Now the RSPCA are investigating the case and are asking anyone with information to come forward.

RSPCA Inspector Rob Jackson said: “Someone knocked on a house door in Chobham before running off, when the house owners opened the door the puppies were on the doorstep in the bucket. It is just unbelievable. 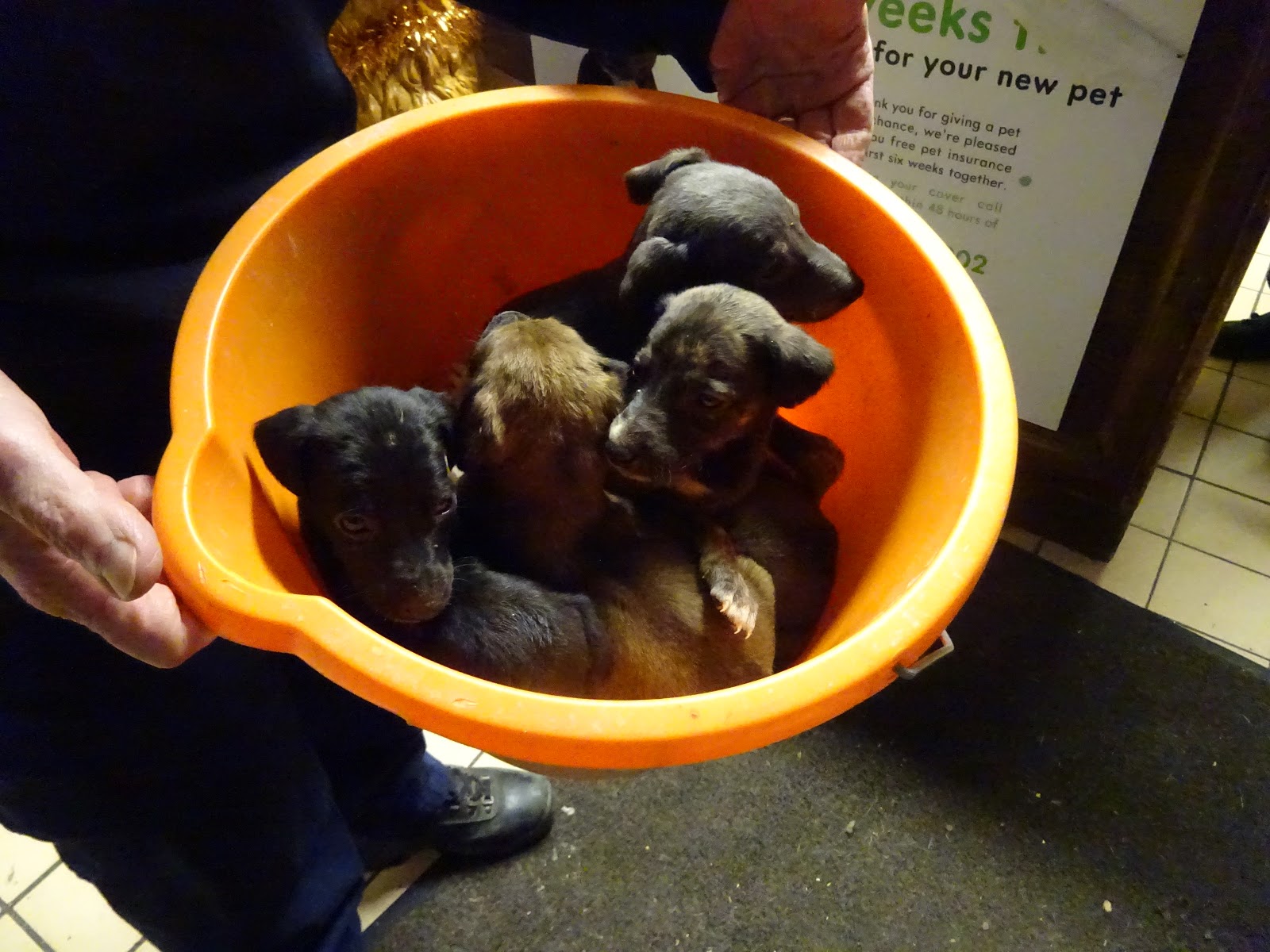 “To dump an animal at any time of year is heartless but to do it just before Christmas is callous. It is quite possible they were bred to be sold as Christmas presents but were then dumped when they became ill. We may never know – but what is certain is that no animal deserves this kind of treatment.

“These poor pups are young and still very much dependent on their mum and, of course, human care. They were just left on that doorstep on a cold, wet winter’s day without a second thought.

The six pups – named after Santa’s reindeer Cupid, Dasher, Blitzen, Rudolf, Prancer and Dancer – are now being cared for by staff at RSPCA Millbrook.

Centre supervisor, Claire Jones, said: “This family of puppies are Lurcher types and they are all about five to six weeks old and we imagine they are all from the same litter.

“It is so sad. I cannot even imagine why anyone would do that sort of thing – especially bearing in mind just how ill they are.

“These puppies needed urgent vet attention – but instead of taking them to a vet the person just left them on a doorstep.

“It was really cold and had the householder not answered the door or been in we don’t know how long they would’ve stayed there or what would’ve happened to them.

“At the moment the puppies are all still under vet treatment as they are very poorly. We are doing everything we can for them.”

The RSPCA has already investigated 1,137 abandonments across the country since the beginning of December.