A police boss is backing demands for a new law to make it an offence to attack four-legged crime fighters.

Mr Jones spoke out after the proposed Service Animals Offences Bill, which was signed by over 127,000 people who want equal rights for police animals, suffered a setback in the House of Commons when the Ministry of Justice tabled an official objection.

The campaign was launched by PC Dave Wardell, from Hertfordshire Police, after he was attacked with his police dog Finn when they were chasing a robbery suspect in 2016.

During the incident, the suspect injured PC Wardell’s hand, and also stabbed Finn in the head and chest as the German Shepherd tried to stop him from getting away.

While the suspect was charged with actual bodily harm for his injuries to PC Dave Wardell, he was only charged with criminal damage for almost killing Finn, as dogs are considered property in the eyes of the law.

Criminal damage is currently the only available charge for someone who attacks a police or service animal – even though dogs are often bitten, kicked and strangled while in the line of duty.

According to Mr Jones, a former police inspector, service animals are the unsung heroes of policing and deserve better legal protection.

“It is wrong that these animals are treated as equipment because they are key members of the frontline policing team.

“They risk harm on a regular basis to keep their handlers and the public safe and legislation should be amended to give them the protection they deserve.” 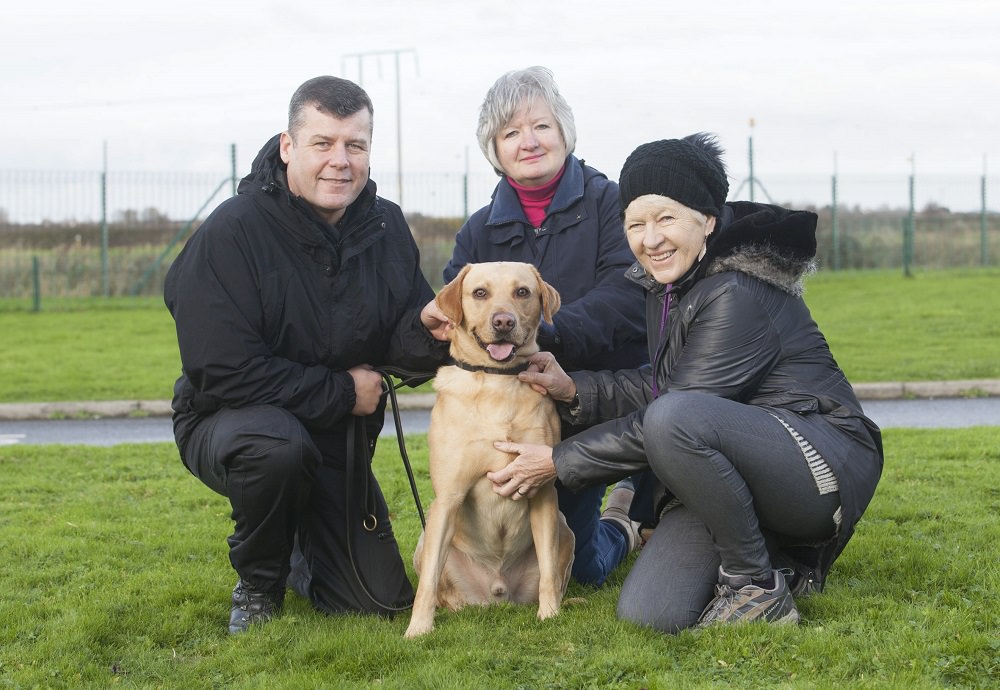 Mr Jones has already set up a scheme to keep a check on the welfare of police dogs in North Wales.

Marie Jones and Clare Vickers, pictured above with Otis and dog handler SGT Howard Watts, have been appointed as volunteer dog welfare visitors, working alongside colleagues in Cheshire.

They make monthly unannounced visits to view dog training sessions or visit dog handlers and their canine companions out on patrol.

Their brief is to ensure police dogs are properly cared for, happy and their working conditions are acceptable.

He added, “It’s important North Wales Police is transparent and the general public has confidence that the dogs are properly cared for and trained well. North Wales Police and Cheshire dog sections work very closely together and share training.

“I know the dog visitor scheme is working well in Cheshire and I was encouraged to set up the scheme by Sergeant Howard Watts, a North Wales dog handler, who pushed for its introduction.

“It is important we have independent checks and controls in place to ensure good animal welfare standards are robustly maintained. We must ensure our dogs are happy and well cared for.

“What we need to do now is to put Finn’s Law on the statute book so we plug this unfair gap in the law.

“It is only right and proper that service animals are afforded the same level of protection as domestic animals.”