The RSPCA is probably too polite to explain to idiots that the colour of your dog will not save them from an agonising death if left in a hot car. The UK is undergoing a heatwave and guess what? There are STILL idiots who are leaving dogs in hot cars. There are still idiots who are exposing their – supposedly – beloved pets to one of the worst, most agonising ways to die imaginable. These people are idiots. Not the words of the RSPCA, no. They are my words and I stand by them. If you leave a dog in a hot car, whether it’s white, whether you roll the windows down, whether you’re ‘only going to be a couple of minutes’, you are a disgusting idiot who doesn’t deserve to have a dog. 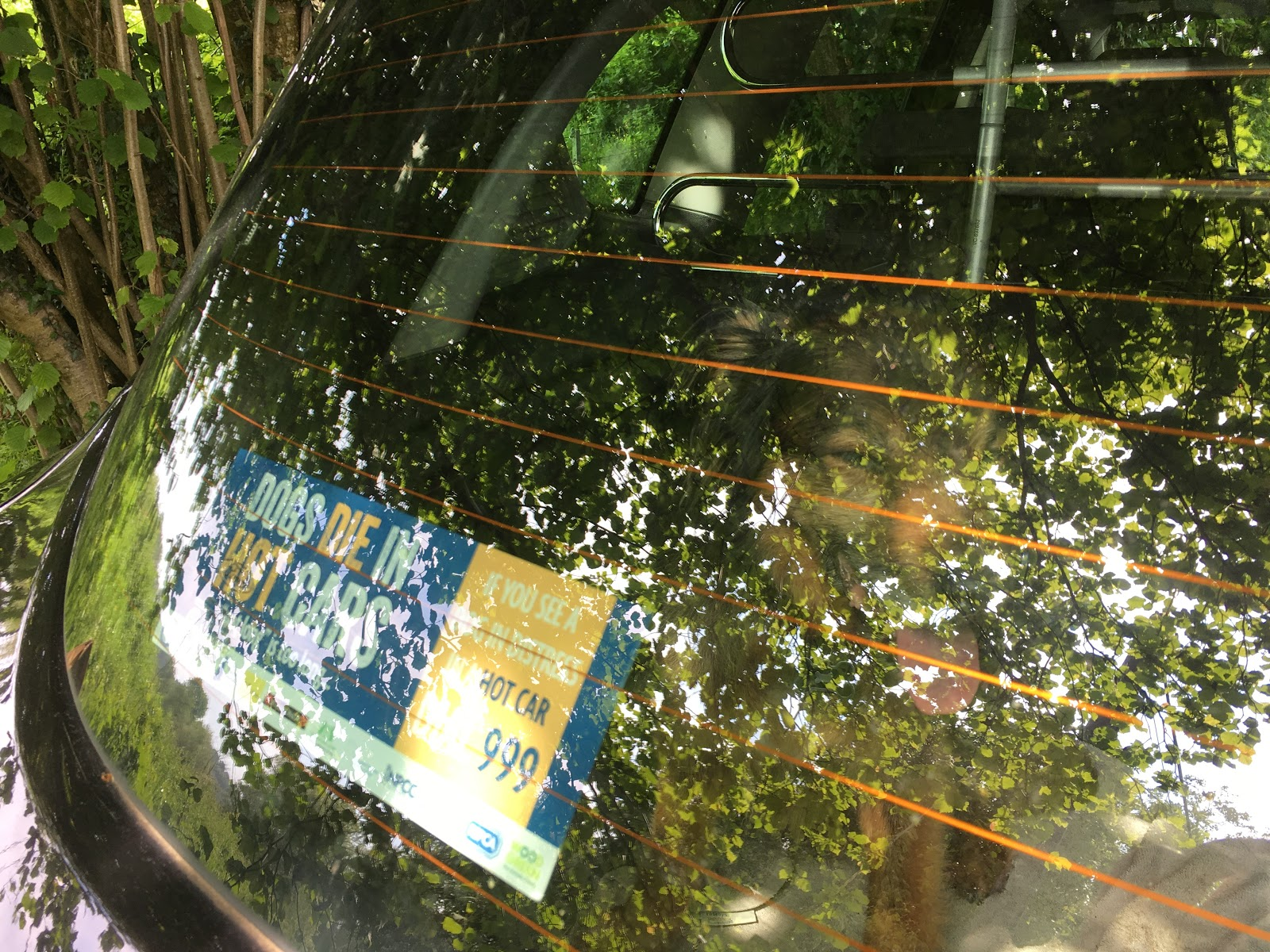 The RSPCA has been inundated with calls about dogs shut in hot cars during the recent hot weather and, with temperatures set to soar this week, the charity is urging pet owners not to risk their animals lives by leaving them in hot environments.

Over the last two weeks (11-24 June) – as temperatures have soared to the high 20s – the RSPCA has received 625 calls about animals and hot environments – the majority of which relate to dogs left in hot cars. That’s almost two calls every hour, despite the charity’s key advice being to call the police on 999 in the event of an emergency.

Despite years of campaigning, people continue to risk their dogs’ lives by leaving them unattended in stationary vehicles in the warm weather.

The following are reasons and excuses given to RSPCA inspectors by owners returning to their vehicles with dogs left inside:

“I parked the car in the shade when I got here, I can’t help it if the shade moved.”

“The dog barks when I leave it alone in the house, it annoys the neighbours.”

“We only went to buy a new kitchen.”

“We feel bad leaving him at home on his own all day.”

“I’m having an open day to sell my house, the dogs would have been in the way.”

“It’s not like my dog’s on its own in the car, my kid is with it.” (On this occasion ‘the kid’ was a five-month-old baby strapped into a car seat.)

“I left the window open.”

“We didn’t think we’d be long.” – The owners had been at a Sunday service at church.

“I’ve only been in the pub for half an hour, anyway it’s OK, I run a dog rescue centre.”

The RSPCA message is clear: ‘Not long is too long’ and we urge anybody with a dog not to take the risk and to leave their pet at home. Temperatures can rise quickly in cars, caravans and even conservatories – when it’s 22C outside within an hour the temperature can reach 47C inside a vehicle, which can result in death.

On Monday (25 June) – the hottest day of the year so far – the RSPCA emergency hotline received 167 calls – that’s around one call every eight minutes!

RSPCA officers and police were called to York Hospital car park to reports of two dogs shut in a car. Police removed the Labradors from the vehicle and an RSPCA officer rushed them to a vet for treatment for heat exhaustion.

The animal welfare charity is now caring for the dogs, who have made a full recovery, and has launched an investigation.

RSPCA campaign manager Holly Barber – who runs the Dogs Die in Hot Cars campaign* – said: “There is absolutely no reason or excuse that warrants risking your pet’s life by leaving them in a car on their own in this heat.

“People don’t believe it will happen to them or they tell themselves they’ll only be a minute, but it simply isn’t good enough.

“We’re pleading with people not to take the risk and to leave their pets at home where they will be safe and happy.”

A dog’s normal body temperature is around 39°C (102°F). Although the upper lethal body temperature of dogs is approximately 42°C (108°F), brain damage may develop at body temperatures of 41°C (106°F). Dogs are covered in fur and do not sweat in the same way as humans do. Unlike humans, dogs pant to help keep themselves cool. The effectiveness of panting is reduced at high temperatures and humidities. Cars heat up very rapidly in hot – or even warm – weather. Air-conditioning can disguise the danger that a dog will face once the engine is turned off.

In an emergency, it is best to dial 999 and report a dog in a hot car to police. The RSPCA may not be able to attend quickly enough and, with no powers of entry, we’d need police assistance at such an incident.

If the animal is displaying any sign of heatstroke – such as panting heavily, drooling excessively, is lethargic or uncoordinated, or collapsed and vomiting – call 999 immediately.

Get Our BEST Dog Magazine Content
Enter your email and never miss out on receiving our best articles:
Dogs in Hot Cars