The RSPCA has launched an investigation after a man was filmed hitting a puppy and dragging him along the pavement in Birmingham.

The animal welfare charity was contacted on Saturday (10 February) by police after a member of the public got in touch to report the man for hitting the little pup.

RSPCA inspector Beth Boyd said: “The caller was in Warren Farm Road, Longstanding, on Thursday (8 February) when they spotted the man beating the puppy. 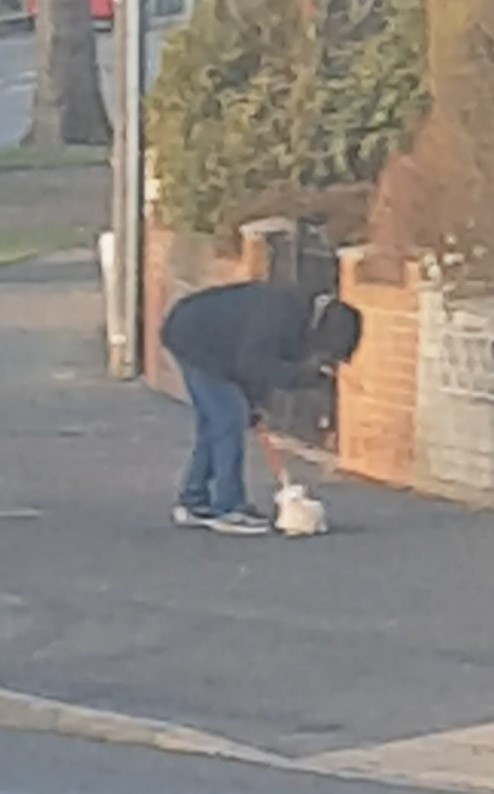 “They got their phone out to record him and collect evidence before reporting it to police who then passed it onto us to investigate.

“In the footage you can see the little golden-coloured puppy being dragged along the pavement by the man walking him. He appears to be limping and holding up a rear leg.

“The man is dressed in blue jeans a black jacket with the hood up and trainers. The puppy is being walked on a red lead.

“The man then leans down over the puppy who cowers and appears to hit him over and over again. It’s really upsetting to watch and the poor little dog looks terrified.”

Inspector Boyd is now appealing for anyone who recognises the man or the dog to get in touch by calling 0300 123 8018 and leave a message for her.

“This is a completely unacceptable and cruel way to treat a defenceless puppy,” inspector Boyd added.

“I’d really like to speak to this man so I’d urge anyone who might know who he is to get in touch. You call will be treated in the strictest confidence.

“I’d also like to commend this member of the public for being so quick-minded and getting this vital evidence on film. We’d never ask members of the public to put themselves at risk in a situation like this and any evidence can be crucial for our investigations.”