Meet Kuga. At eight months old he began training with the Australian Special Air Service Regiment and in 2010, he was deployed to Afghanistan with his handler for his first tour.

On 26 August 2011, during their second tour, he and his handler were part of a Special Operations Task Group (SOTG) troop conducting a mission to capture a senior Taliban insurgent in the Khas Uruzgan district. 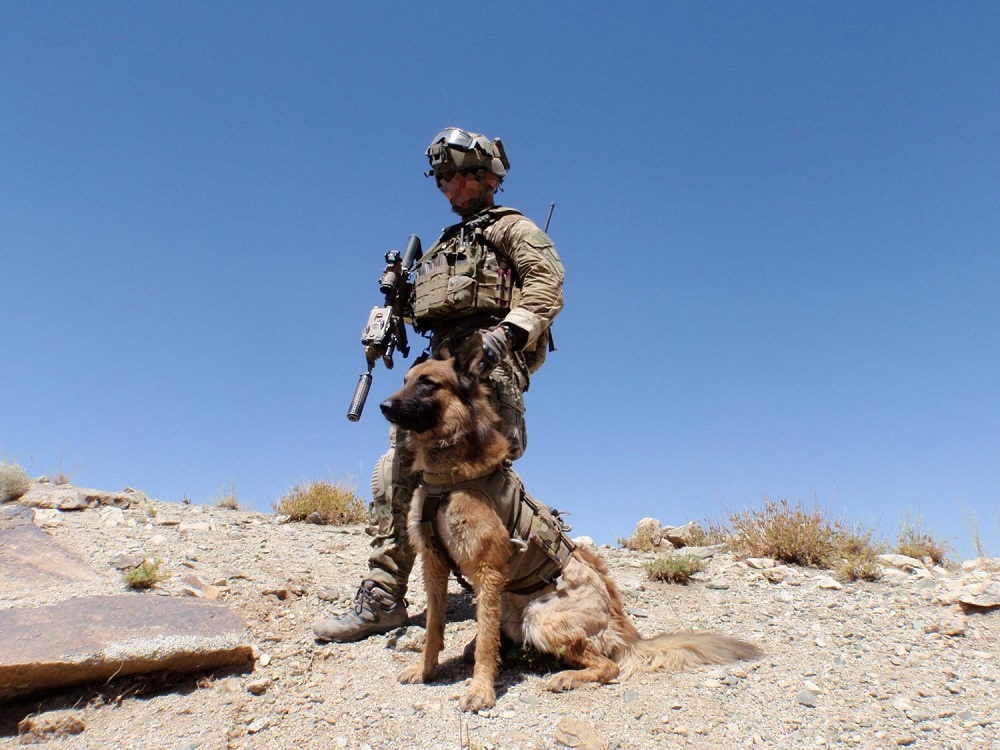 After landing by helicopter near a target compound, the unit began their patrol. Kuga and his handler were located next to the river.

Kuga was then instructed to search for concealed insurgents or improvised explosive devices (IEDs) located along the river’s edge. As the patrol moved closer to the target compound, Kuga indicated an enemy presence and moved down towards the river. 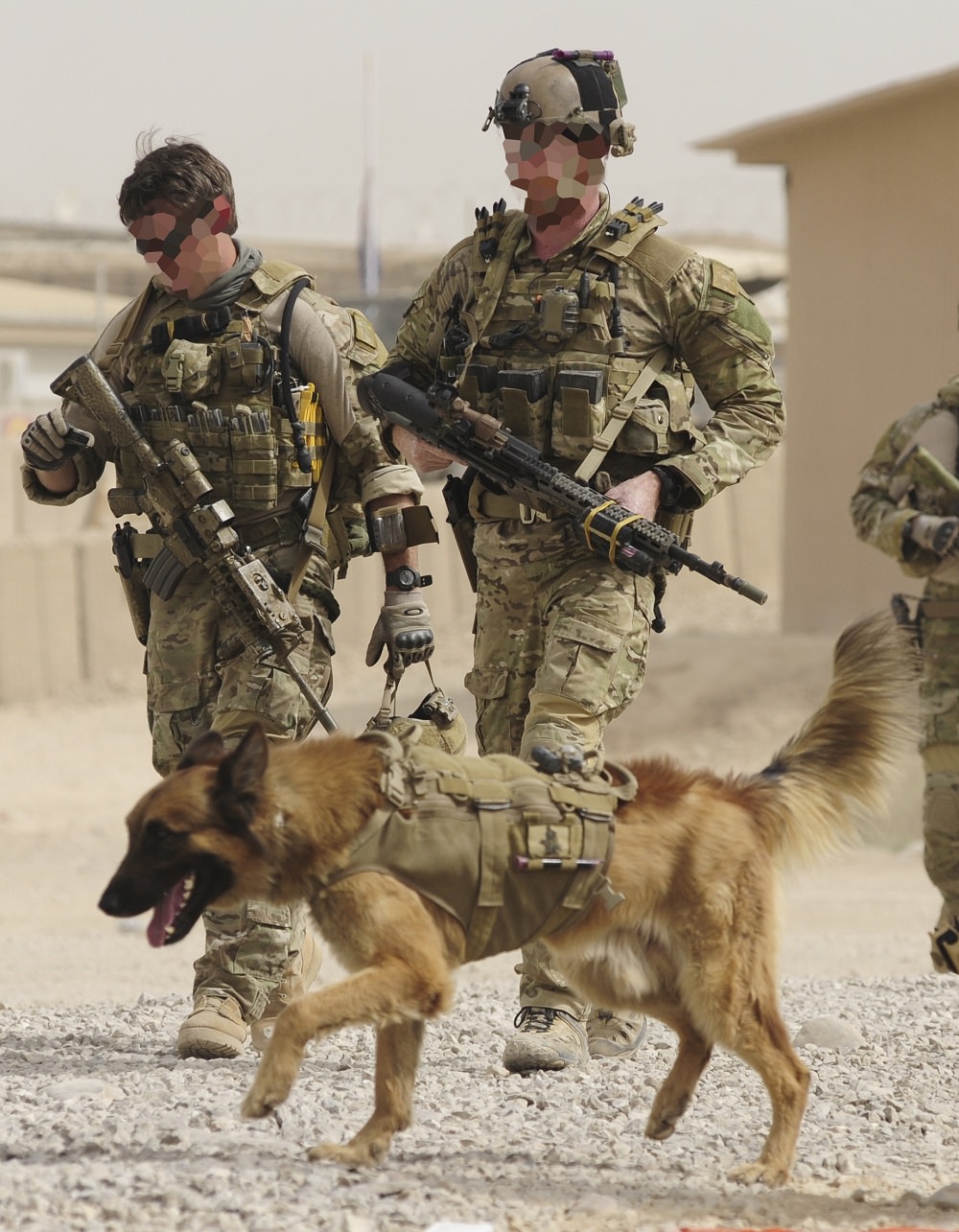 As he entered the water and swam across the river to the opposite bank, he was targeted and injured by bursts of automatic fire. His handler moved into position to support him while Kuga continued to swim, undeterred, by the close-range fire. After reaching the bank, he charged towards a small tree line where his handler was able to identify the enemy’s location and witnessed an insurgent firing at Kuga at close range.

While apprehending the insurgent, Kuga was shot again, causing him to lose his grip.

Despite his injuries, the brave Belgian Malinois swam back across the river when recalled by his handler, who administered emergency first aid and requested a helicopter medical evacuation for him. Kuga was subsequently treated in Afghanistan and Germany, before returning to Australia for further treatment and rehabilitation.

Sadly, Kuga passed away in kennels less than a year later and although inconclusive, it was believed that his body succumbed to the stress placed upon him due to the injuries sustained in the incident. Kuga’s death is officially recorded as ‘Died of Wounds’.

Today he was posthumously awarded the equivalent of the animals Victoria Cross by the PDSA for his remarkable and brave actions during his mission to capture a senior Taliban insurgent. He is the first Australian dog to receive the accolade. 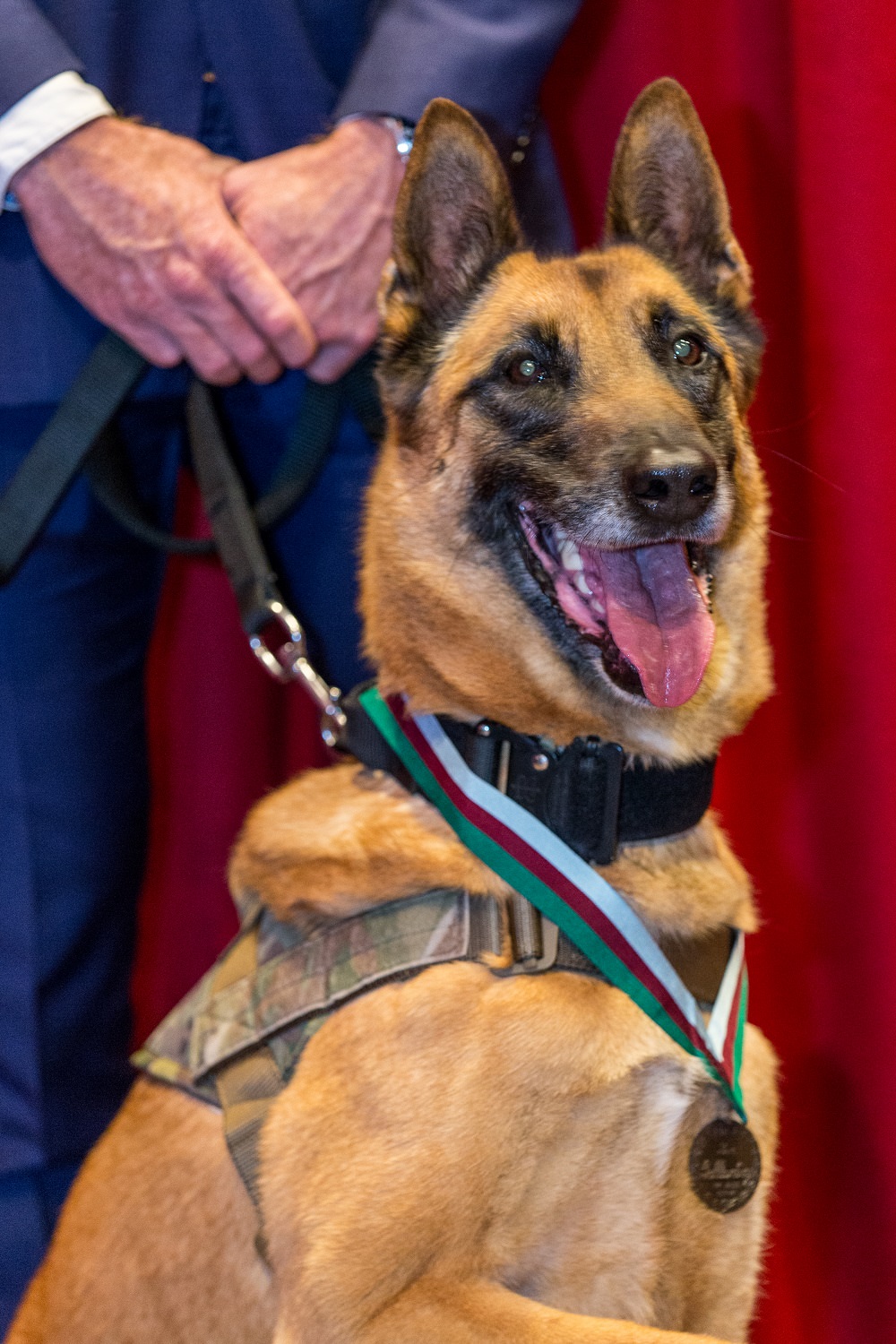 On receiving the award, he said, “Kuga’s actions that day in Afghanistan were heroic. There’s no doubt in anybody’s mind that he saved lives. He just wouldn’t give up on his mates and doing his job.