At a trial in November he was found guilty in his absence of failing to meet the needs of a Shih Tzu dog called ‘Charlie’ by failing to meet his need to be euthanised in an appropriate and humane manner.

Three-year-old Charlie’s burned body was found in woods behind Mead Walk in Walker on Wednesday 15 March last year and the RSPCA and Northumbria Police put out an appeal for information.

RSPCA Inspector Cathy Maddison said: “Poor Charlie was discovered when firefighters were called to extinguish a fire in the woods. 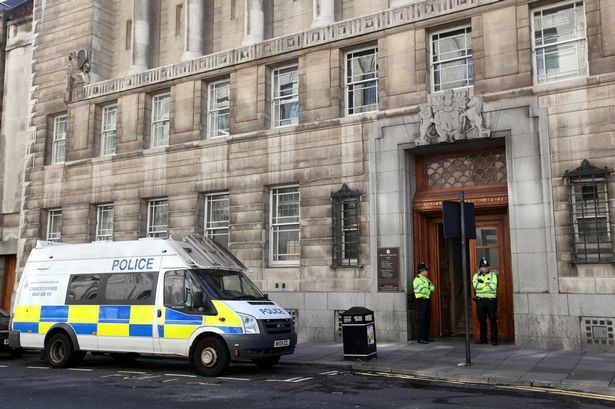 “He was inside a bin bag which had been set alight, presumably by a blow torch which was also found at the scene.

“Charlie was found to be microchipped, which after some investigation, led us to Rourke.”

Post mortem results found that Charlie died from a severe skull fracture as a result of blunt force trauma to the head, before being set alight. It couldn’t be determined whether he was struck once with immense force or several times in the same location.

Rourke gave no comment when interviewed and pleaded not guilty at the first hearing. When he didn’t show up to court for the trial the case was heard without him and he was convicted.

In mitigation given before yesterday’s sentencing, the court heard that Rourke accepted that he hit Charlie once with a hammer with the intention of killing him without causing unnecessary suffering. The court heard that be had Charlie since he was a pup but could no longer look after him. He had tried rehoming him with family but it hadn’t worked out, and he didn’t know what to do with him. He had not attended the trial as he was working away.

Rourke was disqualified from keeping all animals for 10 years and cannot appeal for five years. He was also given a 12-month community order including 25 rehabilitation activity requirement days and 120 hours of unpaid work. He was ordered to pay £750 costs and £85 victim surcharge.

“Everyone involved in this case has found it upsetting to work on. I’d like to thank them all. We’ve been in the dark all the way through the investigation about what actually happened to Charlie and why as Rourke refused to give us any information,” said Inspector Maddison. “Whatever possesses someone to think this is an appropriate way to end a dog’s life is going to remain a mystery to me.”