The RSPCA is appealing for information to find those responsible for abandoning five tiny puppies in a box in a field in Tyne & Wear.

The animal welfare charity has launched an investigation after the German shepherd crosses – thought to be only around one to two-weeks-old – were found by a dog walker dumped in a box in a field near Northern Way, Southwick, in Sunderland, on Tuesday lunchtime (5 June).

RSPCA Inspector Helen Nedley, who was alerted to the discovery, said: “The puppies are tiny, possibly only a week old, and still have their eyes closed.

“They’re far too young to be away from their mum and to abandon them in a field is completely unacceptable. They wouldn’t have survived for long on their own.” 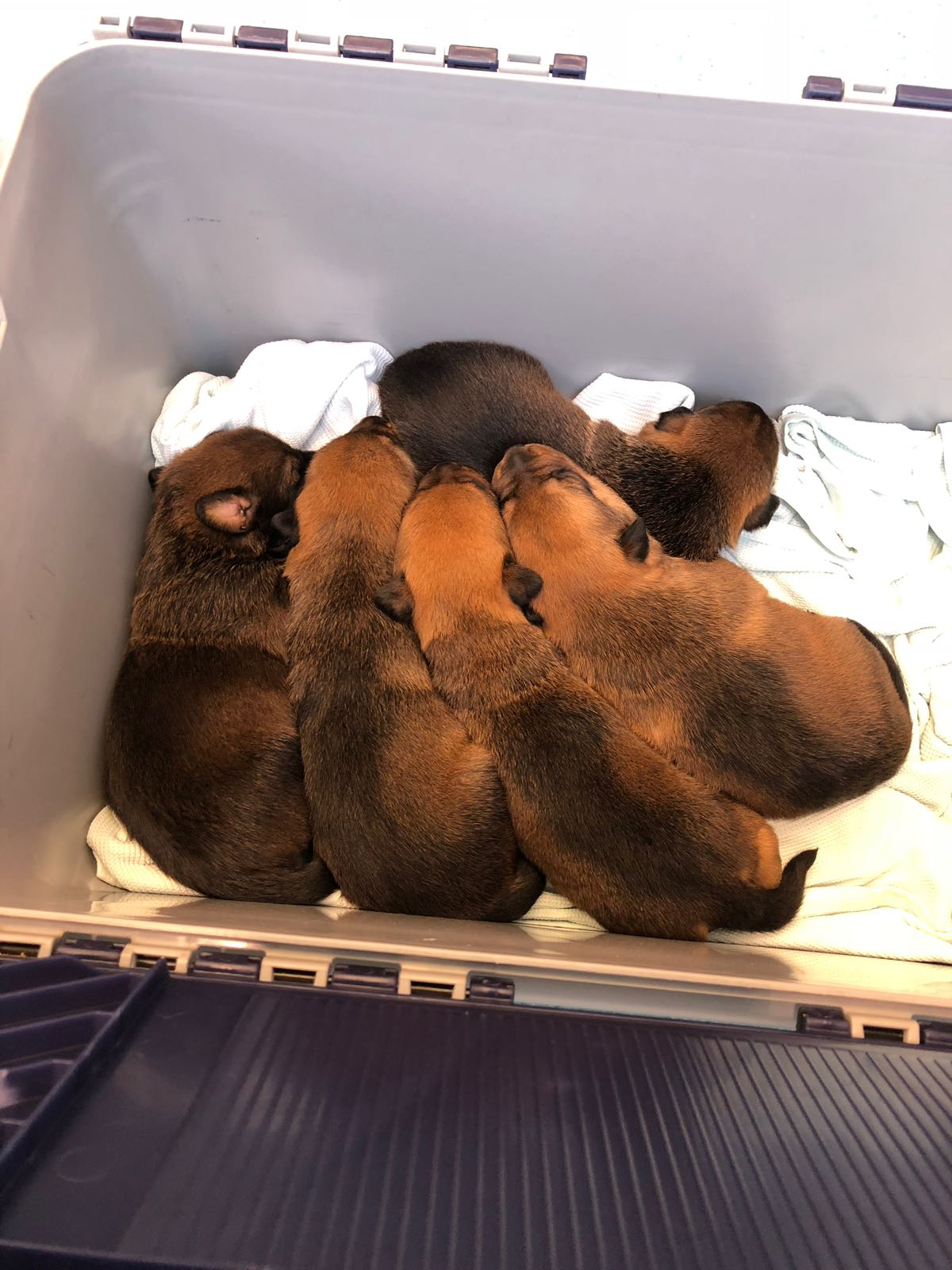 The man who discovered the puppies took them home before taking them to the RSPCA Sunderland, Hartlepool & South Tyneside branch nearby.

Staff at the centre have named the pups – three girls and two boys – Belle, Casey, Diefer, Kiefer and Mason. The branch manager took them home overnight in order to provide the round-the-clock care they need including feeds approximately every two hours.

“Luckily the puppies are all healthy,” Inspector Nedley added, “but it could have easily been a tragic outcome if they hadn’t have been discovered by this passerby.

“At this age, puppies are entirely reliant on their mother so they wouldn’t have lasted long on their own.

“To abandon them like this is disgraceful and I’d be keen to hear from anyone who may recognise the puppies or have any information on where they’ve come from or who is responsible for abandoning them.

“Anyone with information which could help our investigation should contact our appeal line on 0300 123 8018.”

The puppies will now be cared for by staff at the branch until they are old enough to be rehomed.

“Unfortunately, abandoned animals is something the RSPCA sees all too often and, sadly, a lot of the time we’re called to help young puppies or kittens who have been dumped,” Inspector Nedley explained.

“This is why we urge all pet owners to get their dogs and cats neutered. Unfortunately, it’s the charities and rescue centres that have to pick up the pieces when owners find themselves with unwanted litters.”

Get Our BEST Dog Magazine Content
Enter your email and never miss out on receiving our best articles:
Animal Crueltybad breeders