Breed specific legislation has been debated in Parliament this past week. Evidence was put forward for politicians to consider whether or not the law introduced hastily in 1991 should be kept or overturned.

A panel of experts gave their considered opinions on the legislation, particularly the element that makes certain dogs illegal on looks alone, regardless of whether they’ve actually done anything dangerous or not.

A huge number of dog experts have condemned breed specific legislation as a cruel, ineffective law that has seen many lives ruined and innocent dogs killed by the state. Dogs who, it has been openly admitted by the very people seeking to kill them, have never shown aggression or acting in a dangerous way at any point.

Well it would appear one particular organisation not only thinks breed specific legislation should be kept, they actually want MORE dogs added to the banned list. 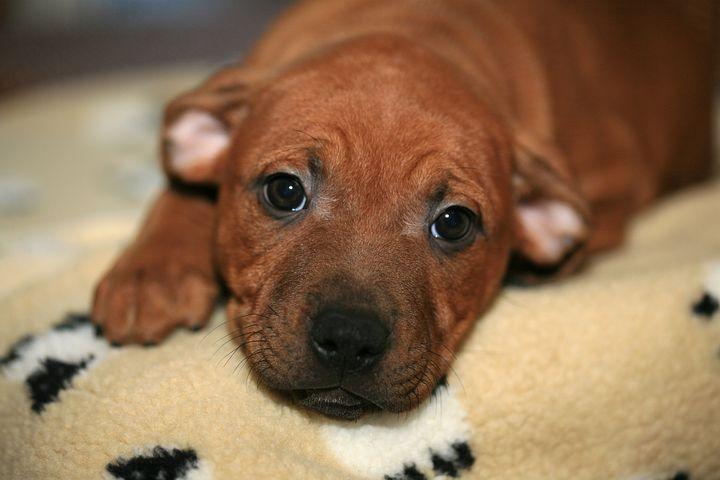 In written submission to the committee Elisa Allen on behalf of PETA (People for the ethical treatment of animals) is keen to add your Staffy terrier to the list of breeds to be caught up in the BSL killing machinery of the British state.

“The failure to include Staffordshire terriers and American bulldogs, both pit bull–type dogs, in the Act has resulted in continued severe incidents of mauling by dogs of these breeds in the UK. It also creates a loophole that can lead the owners of prohibited breeds to misidentify their dogs as Staffordshire terriers or American bulldogs – or mixes of these breeds – on purpose. ”

You will need to read the entire piece for yourself before you make your mind up:

So PETA’s position is that more dogs should be added to the list?

Staffordshire Bull Terriers, in fact all well socialised, properly cared for dogs from the bullbreed family are some of the most loving, loyal and even tempered dogs on the planet. A call to have them all banned is, quite frankly, astonishing. Millions of people own these dogs. Millions of good people who love their dogs dearly.

Banning dog breeds neither works in practice or theory. The reasons are well known and we’ve had more than a quarter of a century of breed specific legislation to learn whether or not this cruel law solves the problem of irresponsible dog ownership or not. The answer is, unequivocally NO. Adding more breeds to a ban list would create carnage. Carnage for police, the courts and total devastation to the lives of the people who own, love and care for these dogs.

PETA clearly has the opinion that Pit Bulls are an inherently bad, dangerous dog breed. That much is obvious. And now they would like the Government to come for your Staffies too.

Up to now it’s been very, very difficult to find any credible voices who support the legislation. And let me totally clear about this, PETA is NOT a credible voice. They are a voice, yes. A loud one. But for an organisation that kills as many healthy animals as they do, true animal welfare advocates all over the world have raised serious concerns about what PETA actually stands for.

In super simple terms, we only need to ask ourselves one question: is it right that dogs should be seized, locked up and potentially killed purely because of what they happen to look like? If you think the answer to that is no, then PETA is not your friend and your MP owes you an explanation as to where they stand on the issue. Write to them today. Do it now. Please.