A collaborative study between a French research team of the University of Rennes and an Indiana-based service dog organization, Medical Mutts, showed that dogs are able to detect an odour collected from patients during an epileptic seizure.

These results will open a large field of research on the odour signature of seizures with potential for significant improvements of seizure detection systems. This will also allow for service dogs to be trained to alert to the onset of seizures, thus better assisting people living with the condition. 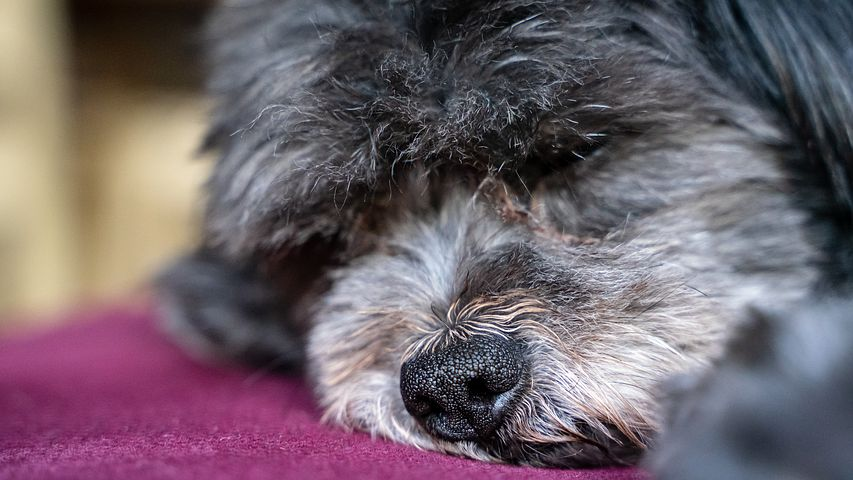 Epilepsy is a neurological disorder that affects over 3 million Americans of all ages. Every year, close to 150,000 new people are diagnosed with epilepsy. Most patients with epilepsy control their seizures with drug therapy and surgery. 30-40% of people, however, are resistant to the treatment and continue to have seizures. The risk of sudden death for epileptic patients is 24 times greater than in the general population. This is a scary and difficult condition to live with as seizures can occur unexpectedly, and can severely impact a person’s life.

Up until now, service dogs helping patients with epileptic seizures were mostly trained to respond to a seizure. The seizure itself is the cue for the dog to perform a prescribed task and assist the person. Some dogs, however, have shown a natural ability to react before a seizure. They might start licking the person frantically, pacing or whining. These dogs alert a person to the fact that a seizure is coming, so they can lie down in order to be safe during an episode. But what the dogs detected was unclear and without that information, it’s impossible for a trainer to replicate the situation and teach dogs to alert before a seizure.

What has made seizure detection so difficult is that there are several types of seizures and several factors that can cause them. It has therefore been unclear whether different people, with different types of seizures, would release the same smell if indeed there is a smell associated with the condition at all.

5 dogs trained by Medical Mutts in their facility in Indianapolis, IN, were presented samples collected from 5 patients in a French hospital. The patients suffered different types of seizures. For each patient, one sample was collected during a seizure, 2 were collected right after physical exercise and 4 samples were collected at different times while the person was resting.

All the dogs tested came from rescues and shelters and were in the process of being trained as service dogs for either diabetes alert, seizure alert or psychiatric conditions.

The results show that these dogs were clearly able to discriminate the seizure samples from the same patient outside seizures and for all patients tested. This demonstrates for the first time that there is indeed a seizure-specific odour across individuals and types of seizures. Such results make an important contribution to the field of epileptic research with the potential of a specific odour signature that could be detected prior to a seizure.