The RSPCA is investigating after a mother and her three puppies were found abandoned in Rugby within days of each other.

An emaciated, brindle pup was found dumped in Pinfold Street on Sunday night (19 August) by a member of the public who contacted the dog warden the following day. The pup, nicknamed Penfold, was rushed to a local vet and rescue group Pawprints Dog Rescue were contacted for help.

RSPCA Inspector Herchy Boal, who is now investigating, said: “Penfold was in a real state when he was found earlier this week. He was in a very bad condition, was extremely skinny and had some nasty bite marks on his ears which were infected.” 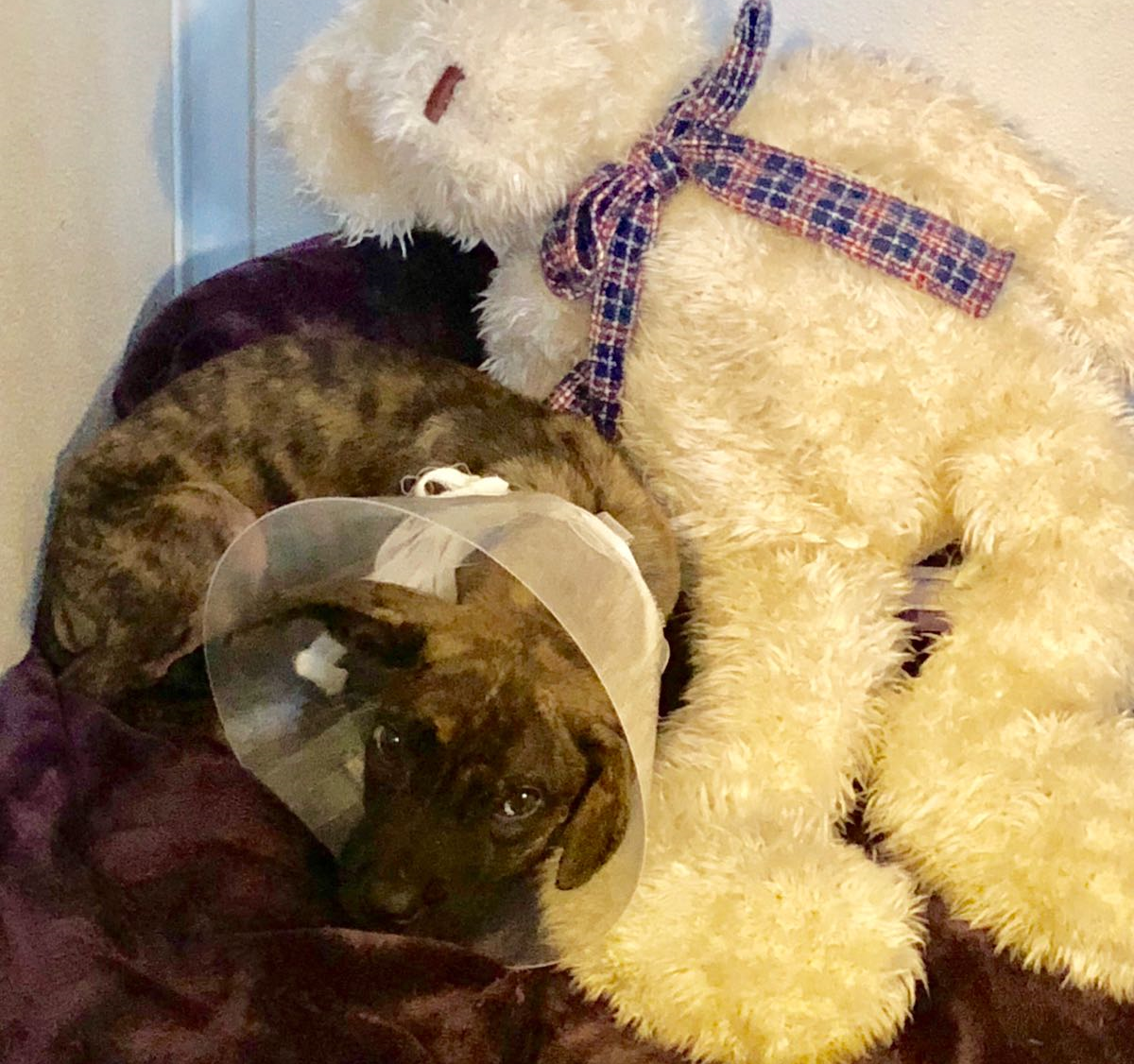 Two days later, a bitch and two pups were also found abandoned nearby. The mother – a shar pei type – was extremely skinny and had pressure sores down her legs. The dog warden and Pawprints were extremely suspicious and contacted the RSPCA to investigate.

Inspector Boal said: “There was a lot of publicity online and on social media following Penfold’s discovery and I think this may have lead to his – and his mum and sibling’s – owner to panic and abandon the others.

“The puppies are extremely similar and all three are around eight-weeks-old.”

All four dogs were collected and taken to the RSPCA’s Newbrook Farm Animal Hospital in Birmingham. They’ve now been moved to the charity’s Coventry, Nuneaton & District Branch*.

Mum, now called Clara, and her pups – Penfold, Ellie and Leeka – are being cared for by RSPCA staff and volunteers, and are doing well.

Inspector Boal added: “I find the circumstances that these dogs were found in extremely suspicious and they obviously weren’t receiving the appropriate care in their previous home.

“I’m keen to find out where these dogs came from and who’s responsible for letting them get into such poor condition and then abandoning them. Anyone with information should call our appeal line on 0300 123 8018 and leave me a message.