A cloned puppy named Kunxun has begun training in Kunming Police Dog Base in China’s Yunnan province and is already showing great potential, according to reports.

The three-month-old puppy is a Kunming Wolfdog and was cloned from a 7-year-old police sniffer dog named Huahuangma. The female dog is well regarded by China’s Ministry of Public Security with a pedigree for solving cases, including 12 murder cases. In 2016, she was given the first-class meritorious dog award. 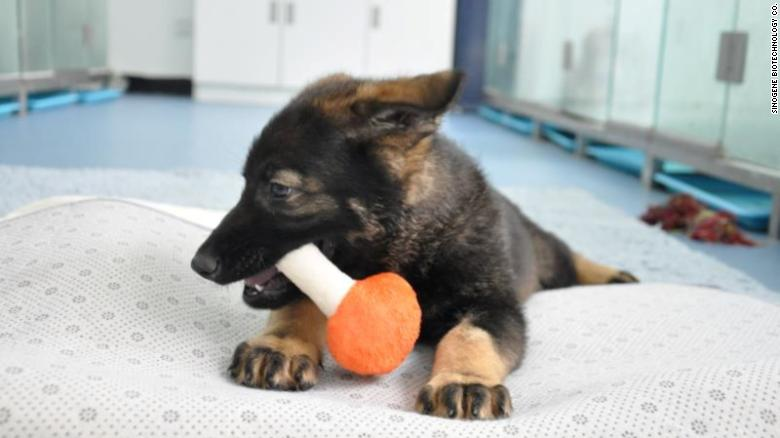 According to CNN, officials in China hope that by cloning Huahuangma’s “excellent genes”, they can protect the breed and her successful genes can be “passed down from generation to generation”.’

Kunxun, who shares 99% of Huahuangma’s DNA, will now undergo seven months of training, and if she passes, she will officially become a police dog.

Get Our BEST Dog Magazine Content
Enter your email and never miss out on receiving our best articles:
China first cloned police dog