Two dogs from Greater Manchester Fire and Service are to receive recognition for their years of outstanding devotion with the animal equivalent of the OBE because of their service to society. 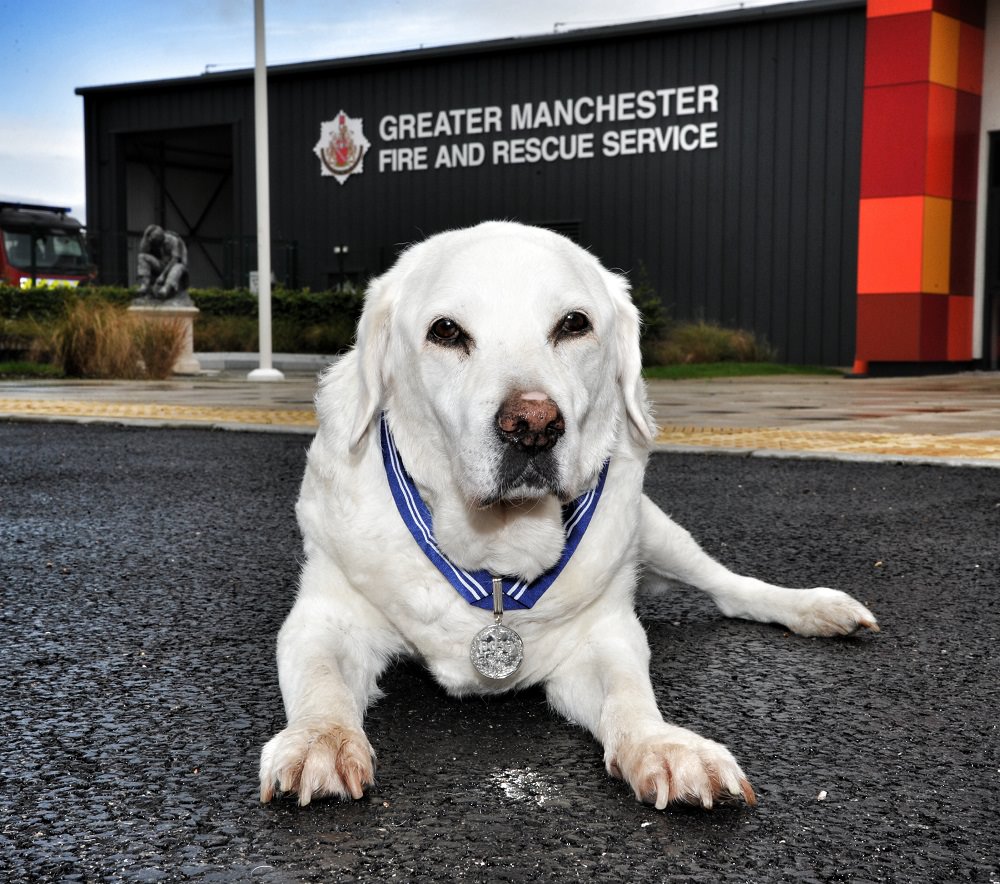 During his time in service, Echo was deployed as part of the UK Fire Service Overseas Response Team, to assist in the aftermath of an earthquake in Haiti, which completely devastated large parts of the country in January 2010.

The capital, Port-au-Prince, was buried under tonnes of collapsed buildings and structures.

In the heat and humidity and accompanied by a UN Police convoy, Echo’s skills were deployed to help speed up the search process. He conducted 46 separate searches over a two week period. Sadly, due to the magnitude of the quake, everyone that Echo found had already died.

Echo’s handler, Mike Dewer (pictured below together), said, “I can honestly say that Haiti was hell on earth. The city’s infrastructure had been decimated. There were no hospitals – survivors were relying solely on aid from outside the country to help them. For Echo, the smell of death surrounded him. As a puppy, he was taught to search for the living, but as the situation was so bleak and desperate, his searches for survivors were fruitless.

“He helped us find victims buried deep within collapsed buildings – libraries and shopping centres. I will always remember his whining as he struggled to fathom why he was surrounded by that one scent – a scent that he had been taught to ignore, but under those circumstances, that was impossible.

“Echo and I shared a tent and I think we were both glad of each other to cuddle up to after each of those gruelling days. Those sights will stay with me forever and I will always be grateful to Echo for the strength and determination he showed while we were deployed.” 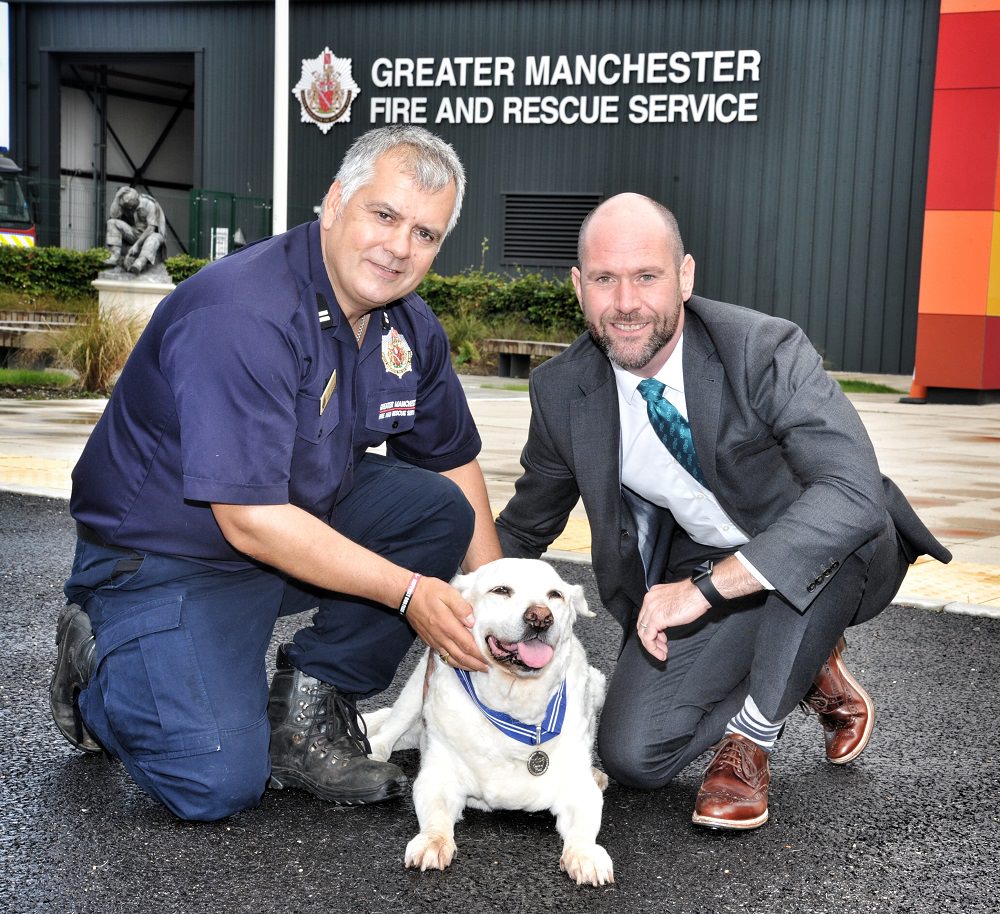 Despite the intensely challenging conditions, Echo worked tirelessly and without hesitation for almost two weeks before he and Mike returned home to the UK.

Cracker’s time in service was spent helping forensic teams determine the cause of fires to help secure convictions of suspected arsonists. She was trained to detect 20 different types of accelerants, using her powerful sense of smell.

During her 10-year service, she was involved in a number of high-profile cases, including a double murder and serious assaults. She attended over 650 incidents, resulting in over 200 years of custodial sentences for arson-related crimes.

On 12 March 2013 a major explosion occurred at a large two-storey detached building on War Office Road, Rochdale. A strong smell of petrol was detected and Cracker was deployed to investigate. After an unproductive ground search, Cracker was instructed to climb what remained of the staircase, to search the upper floor. This meant negotiating a large hole in the floor, as well as making her way through fallen wooden beams and roofing materials.

Cracker tracked along the skirting board to a place outside where the bathroom had once been and gave a positive indication. As a result of her efforts, the Fire Investigation Team was able to determine that the explosion was a result of an arson attack.

On 5 March 2014 Cracker attended a ‘halfway house’ property in Ashton, Greater Manchester, where a man had been murdered and his body set on fire. Cracker, dressed in a forensic dog suit to preserve any evidence, undertook a search of the property and, as a result of her efforts, the culprit received a 30-year jail sentence.

On Cracker’s actions, Mike said, “Cracker – or Lucy to her friends – was a constant source of excellent skill and drive whenever she was deployed to assist with an investigation. She was just as driven and determined on her last day as she was when she first started. An absolute class act. I am thrilled to see her recognised with the PDSA Order of Merit – it is a true honour.”

Both dogs will receive their animal OBE, the PDSA Order of Merit, at a ceremony next month.