Firefighters have been praised by animal lovers around the world after announcing they had saved a dog trapped in a house fire.

The young dog named Tammy was in the front room of the property when a fire started from a tumble dryer in the kitchen. After rescuing her, the Merseyside based firefighters gave Tammy extra oxygen outside with a specialist pet oxygen mask to help combat the impact of smoke inhalation on her airways. 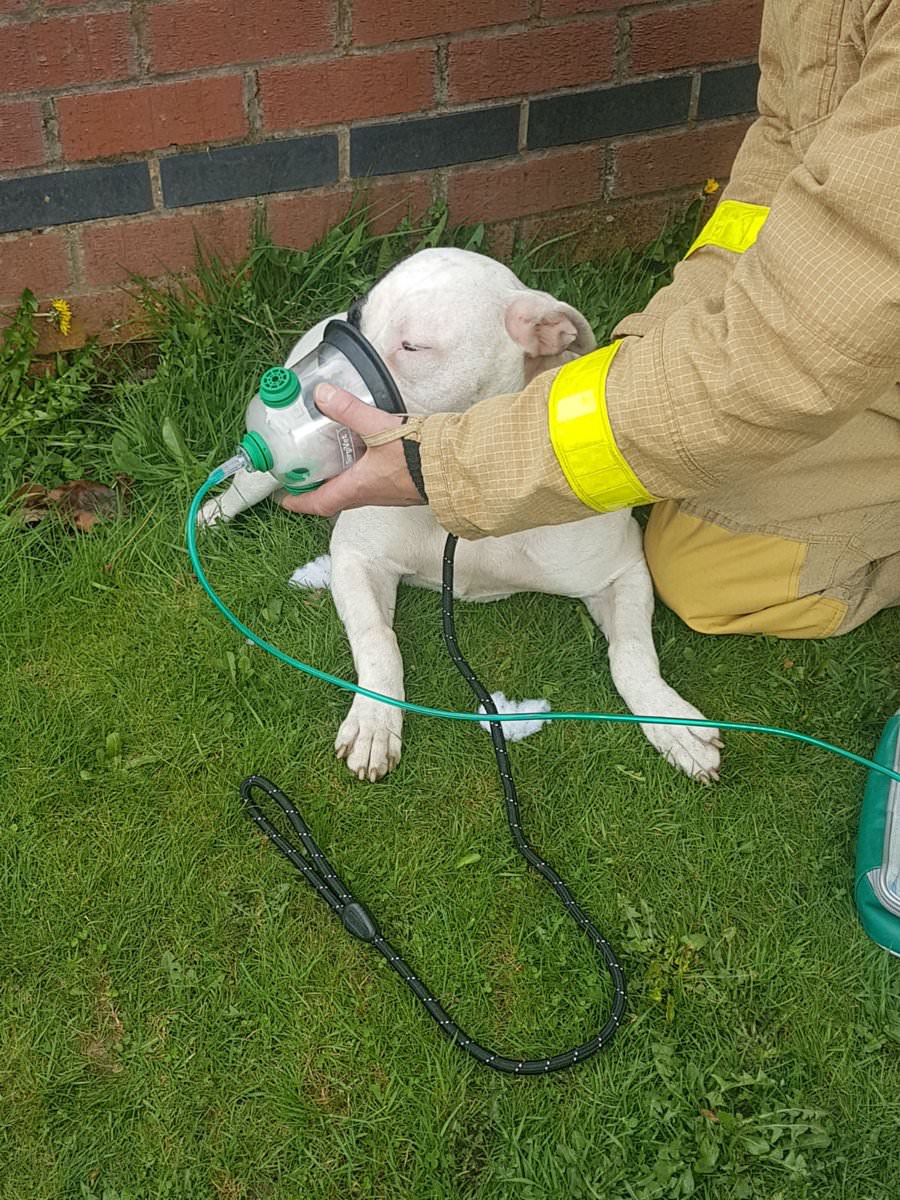 The masks are becoming more widely available across the UK in an effort to save more pets rescued from house fires.

“Although fire and rescue services only carry oxygen masks for humans as part of their standard equipment, some local services have begun trialling masks designed specifically for animals.

“Pet oxygen masks come in three sizes and are designed to fit over the snout of an animal in order to deliver more oxygen than human masks can. Effective oxygen therapy administered on the scene can be key if resuscitation is required, but can also begin to instantly treat the initial effects of smoke inhalation.

“Pets are particularly vulnerable during house fires because their initial instinct is usually to hide rather than flee, which makes them difficult to locate and extends their exposure to harmful smoke. Even a small fire in the home can leave pets vulnerable to illness as a result of smoke inhalation, as their airways are smaller, and more easily damaged than ours as a result.”

“Smoke inhalation not only causes physical damage to the lining of the airways, but will also induce oxygen deprivation and a reaction to the toxicity of inhaled materials. The extent of the damage may not always be obvious, and depends on the length and degree of exposure as well as what materials were burning at the time.

“It can take several days for signs and symptoms to appear, so often the damage can be underestimated in the initial hours after a fire when the need for treatment can be at its most critical. It is key that veterinary attention is sought for any animal involved in a house fire at the earliest opportunity, as the full effects of smoke inhalation cannot be determined instantly, and early intervention can save a pet’s life.”

Get Our BEST Dog Magazine Content
Enter your email and never miss out on receiving our best articles:
Dog saved house fire Merseyside