At least 1,400 dogs have died as a result of an ongoing rabies outbreak scare in Thailand – a scare that by all verifiable accounts is not real, according to Thailand based charity, Soi Dog Foundation.

The animal welfare charity tells us that a couple of weeks ago three thousand dogs were rounded up in Nakhon Phanom province, which borders the Mekong River, and dumped in a government pound. In the crowded conditions, diseases, particularly deadly parvo and distemper, spread like wildfire. 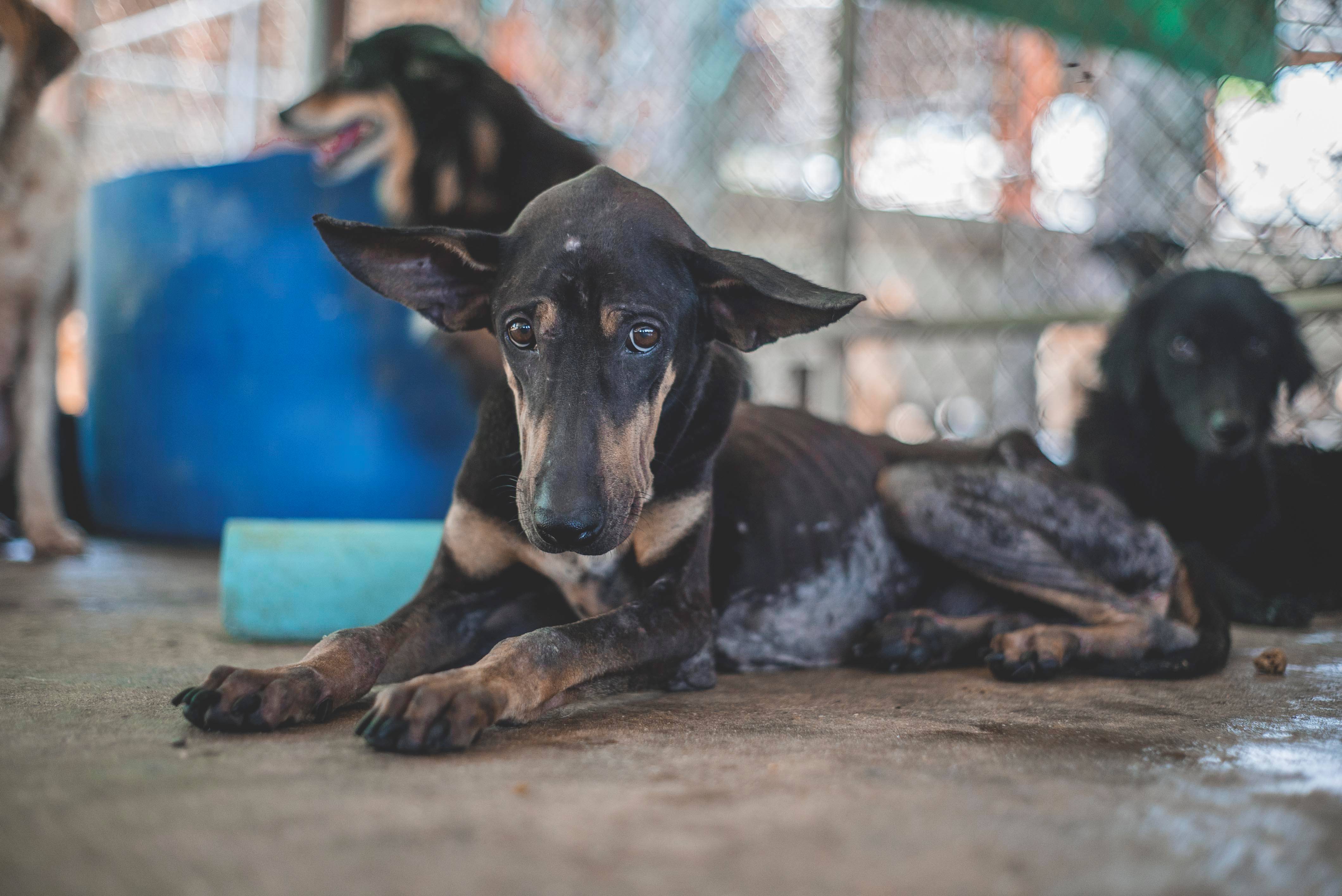 In such close quarters, fights between dogs and death by starvation of small or sickly dogs, unable to compete for food, added to the toll.

However for the 1,500 dogs who remain, there is now some hope because an Emergency Reaction Team from the Soi Dog Foundation were given permission to go into the pound to treat the dogs inside.

The sight that greeted them was grim.

One member of the emergency medical team described it. “I would like to stay positive, but I can’t,’ he said.

“The pound is overcrowded and dog fights break out all the time. When it is feeding time, the weaker dogs don’t have the strength to eat. So the stronger dogs take all the food and the weaker ones don’t survive.

“The dogs are scared, depressed, and traumatised by their experience. It’s hard to stay positive about this place. It’s simply heartbreaking.” 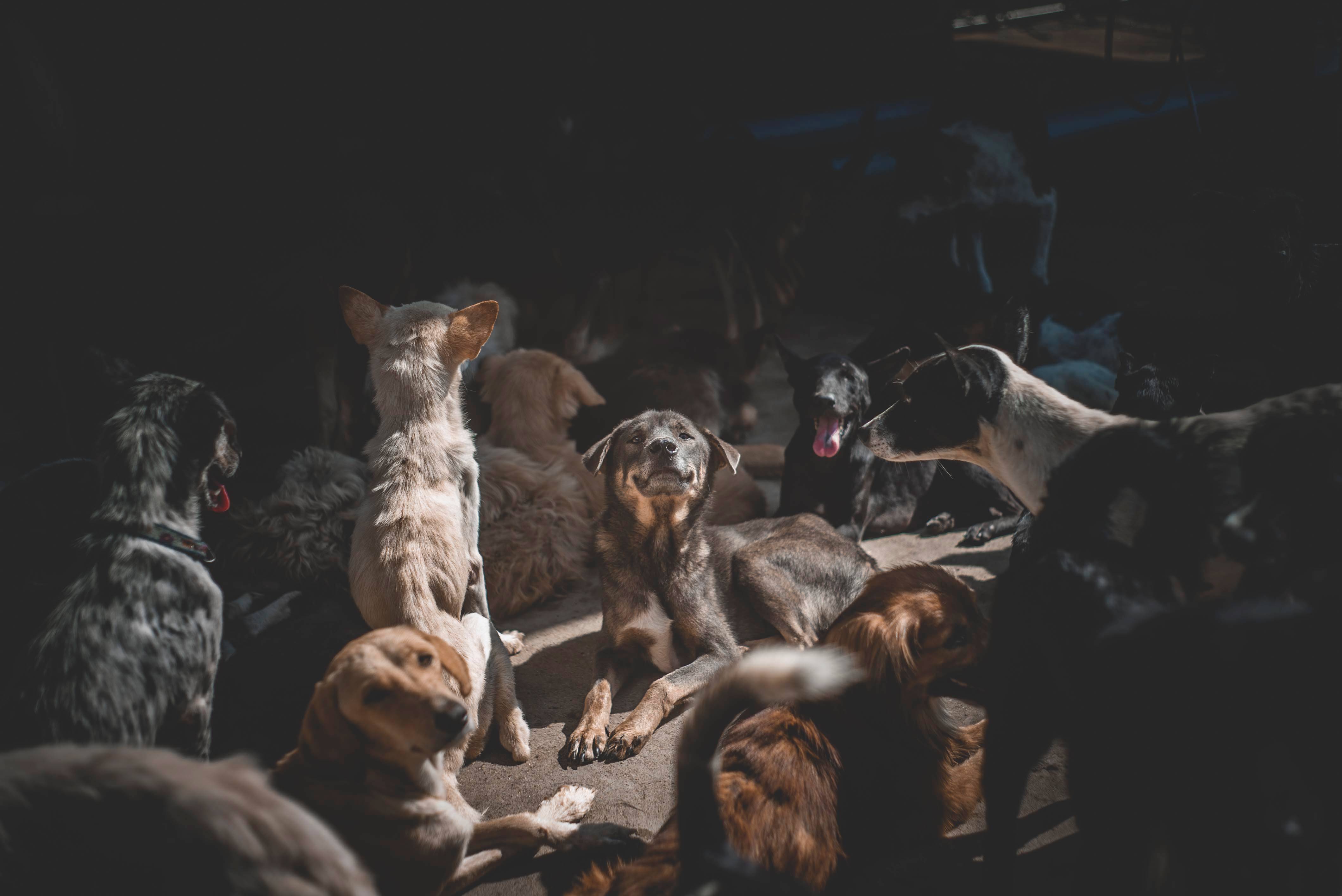 Upon arrival, the team first sorted the dogs.

They also did the same with cats that had been rounded up by the local office of the Thai government’s Livestock Department.

They then vaccinated every animal in the pound – injecting 60 an hour and daubing them afterwards with green dye so that no animal would be vaccinated twice by mistake. 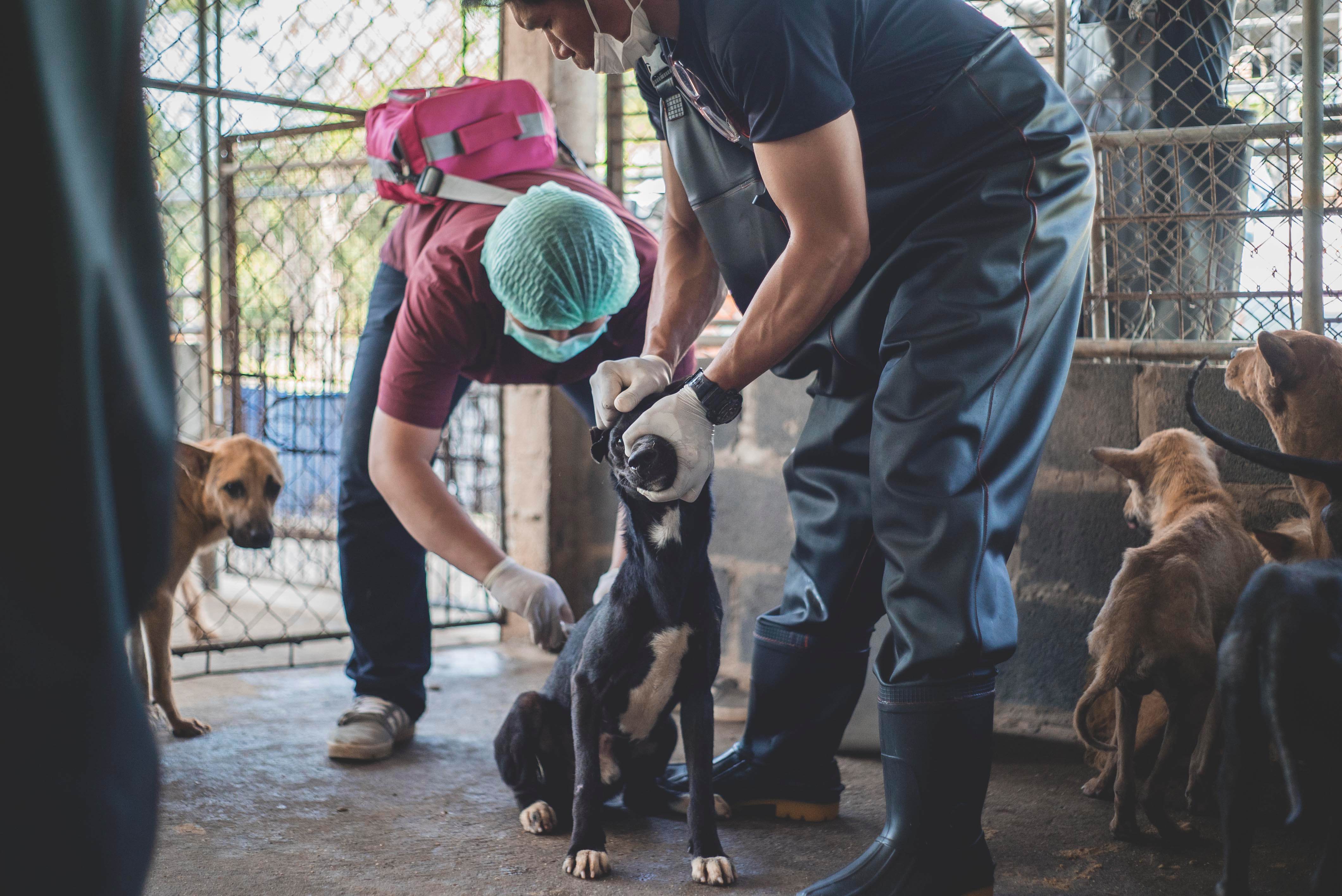 The animals may survive but they now face spending the rest of their lives in captivity. This is because officials kept no record of where each dog came from, so they cannot be returned to their home territory.

In any case, those territories have already most likely been taken over by stronger, fitter or more wily dogs who managed to avoid the government dragnet.

The deaths in the pound are not the only ones to result from official knee-jerk reactions to a public panic over a “rabies outbreak” in Thailand that started in the new year. The panic has resulted in public calls for all eight million street dogs in Thailand to be killed, a “solution” dubbed “Set Zero”.

In March, 20 dogs in a Buddhist temple in the upper south of the country, including a family of puppies, were poisoned by government officials, causing outrage among animal lovers.

Poisoning – in Thailand usually using strychnine – results in a horribly painful death for the animals, that spend hours shuddering and spasming in agony, drowning in their own fluids, before death finally comes.

The officials later claimed that tests had shown that 16 of the 20 poisoned animals had rabies, but the test results were never released, leading to widespread suspicion that they were made up.

A number of activist groups have come together to bring criminal charges against the officials concerned, under Thailand’s Animal Cruelty Law.

The Thai Livestock Department has come under fire for not reassuring people that there is, in fact, no rabies outbreak at all, and for its inept and understaffed handling of captured dogs.

In March, fuel was added to the flames when the department also came under scrutiny over alleged irregularities in its procurement of poor quality canine rabies vaccine.

An internal investigation came to the conclusion there had been no irregularity, and that inferior-quality vaccine had not been the cause of a spike in rabies deaths at the beginning of the year.

However, the reports of poor quality vaccine had already spread, resulting in the calls for “Set Zero”. The department has denied having any plans to kill all stray dogs in Thailand.

Thailand has in fact been effective in reducing human deaths from rabies from hundreds a year in the 1990s to single figures in recent years.

In 2018, to date, there have been just seven human rabies deaths.

The Nakhon Phanom emergency is not the first time that Soi Dog has stepped in to save animals, particularly dogs, after the government has proved unable or unwilling to do so.

In 2010 it sprang into action to successfully contain an outbreak of parvo disease through a massive vaccination programme. In 2011, it rescued thousands of dogs from devastating flooding in Bangkok and in 2016/17 it did the same during floods in the south of Thailand.

Soi Dog – founded in 2003 by husband and wife John and Gill Dalley from Leeds in the United Kingdom – also played the leading role in stopping the horrific trade in dogs from Thailand to the dog meat restaurants of Vietnam.

It has launched an appeal for funds to help tackle the fallout from the rabies panic, such as the horror in Nakon Phanom. People may donate through the Soi Dog website at www.soidog.org