A German Shepherd named Marley was walking by the cliff edge at Bull Point in Ilfracombe, Devon and dropped his stick, which then tumbled over the edge.

Marley went over the cliff edge to retrieve his stick but ended up falling into the water and could not get out. His owner found a different route safely down but then could not get back up the cliff again. 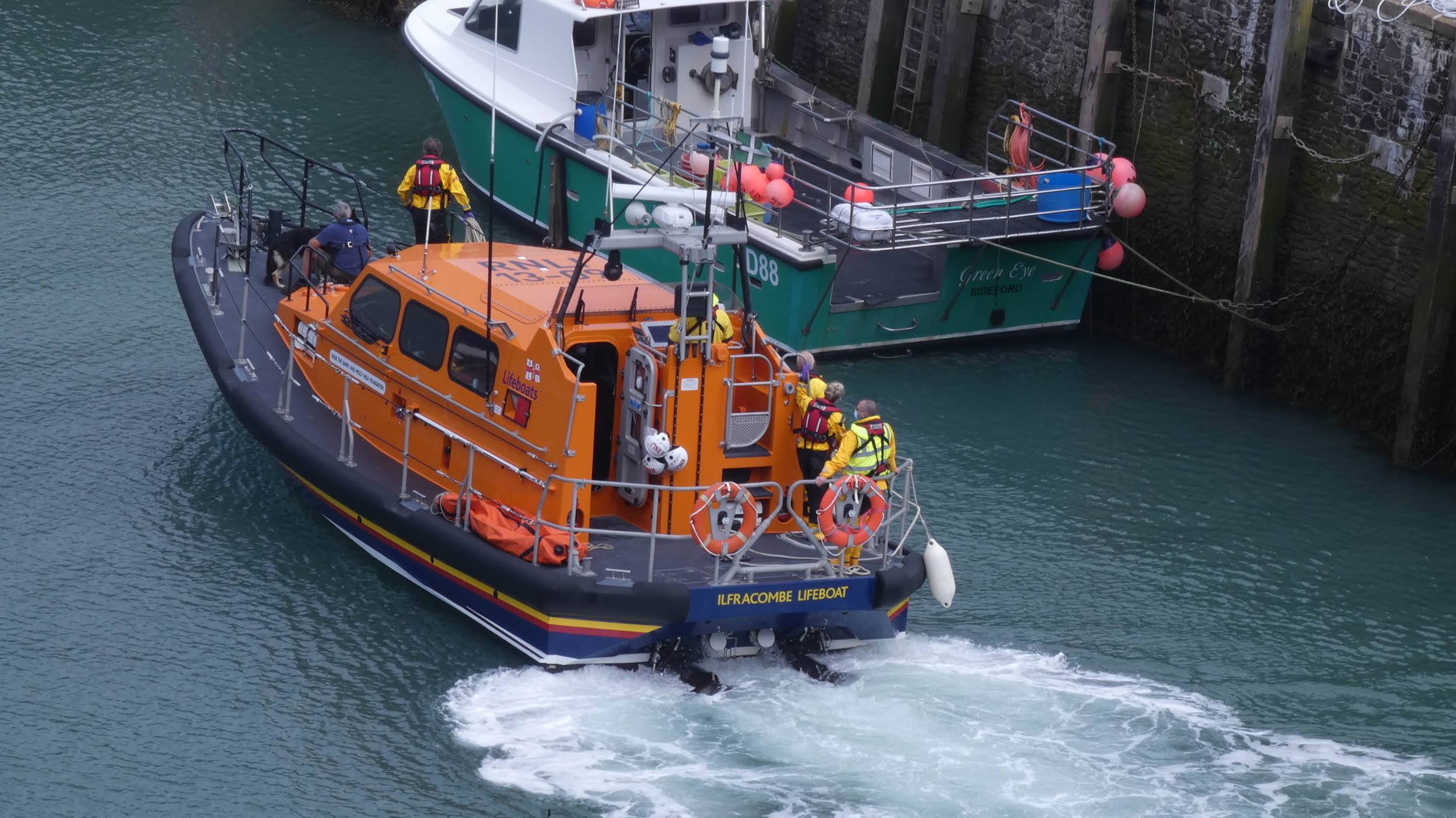 Marley and his owner travelling back to safety with the RNLI / Photo Credit: Nikki Bradshaw

Two Coastguard rescue teams were also called to the incident as well as the Newquay Coastguard helicopter. The all-weather lifeboat was first to arrive on the scene and the Coxswain Carl Perrin instructed for the inflatable X-class boat to be put in the water, with a line keeping it secured to the ALB, so they could reach the shore.

Two crew members took the X-class to the shore, where the casualty and dog were both uninjured. They were brought to the ALB on the X-class, with the two crew members swimming back to the lifeboat so they could remain socially distant. The lifeboat was then back at the station around 12.25pm. 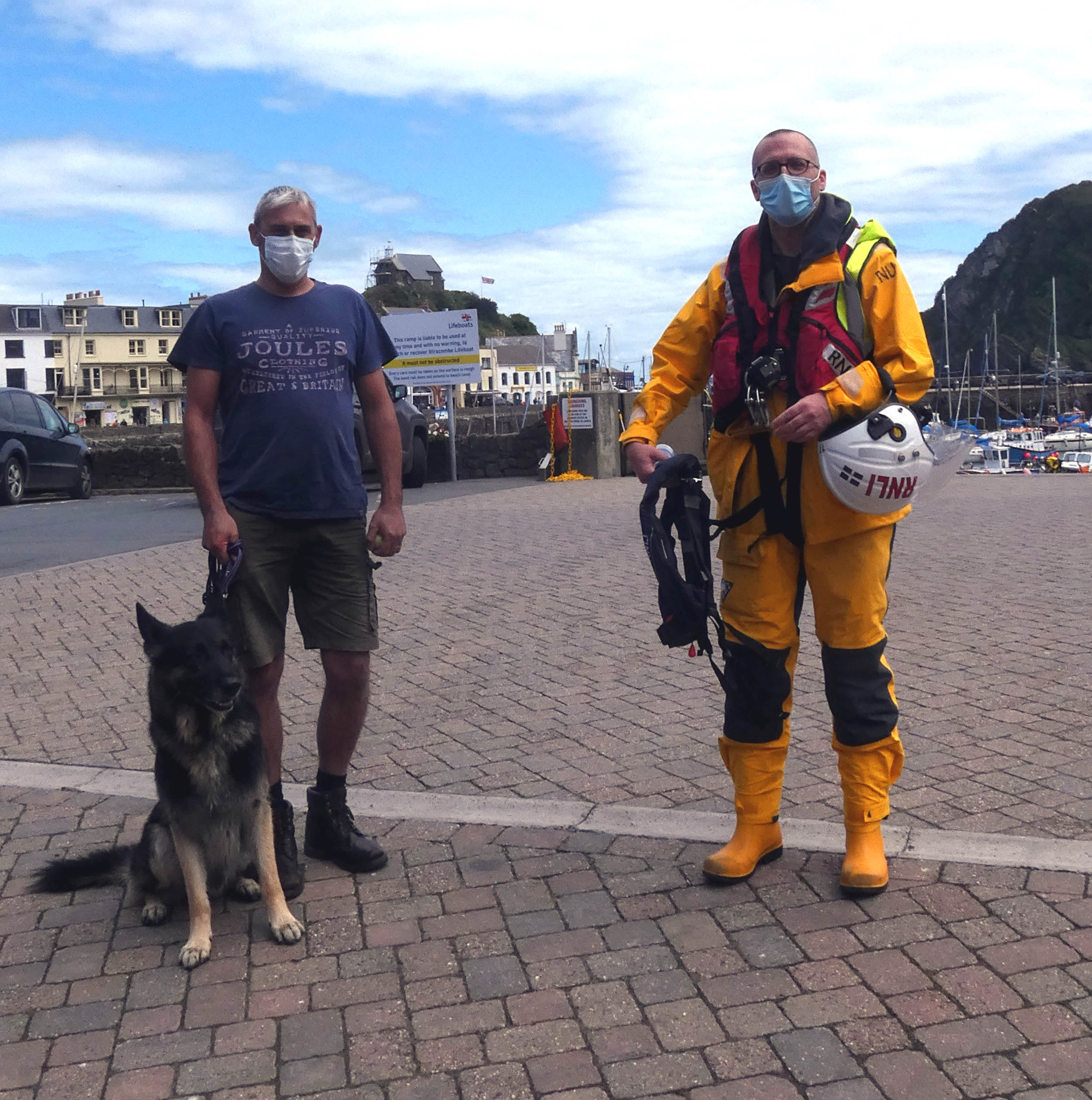 Marley and his owner back on land / Photo Credit: Nikki Bradshaw

After the rescue, Marley’s owner said: ‘I really can’t thank the RNLI enough for coming to help us.’

Coxswain Carl Perrin is reminding dog owners to be cautious, saying: ‘We would like to remind everyone to please keep their dogs on leads if they’re walking close to cliff edges and remember the best thing to do if your pet gets into trouble at the coast is don’t enter the water yourself, instead call 999 and ask for the Coastguard. We’re all very glad there was a positive outcome in this case.’