Campaigners have announced that South Korea is to close down Gupo dog meat market in Busan, notorious for being one of the country’s largest markets.

The local Busan authorities reached an agreement with all 19 dog meat sellers at Gupo Livestock Market to shut down their businesses next month, as part of an urban planning project to regenerate the area and turn the market into a public park.

The closure of Gupo is the latest in a series of crackdowns by officials on the cruel trade. In November last year, Seongnam city demolished Taepyeong, the country’s largest dog slaughterhouse, and closed down most of the related dog meat vendors. 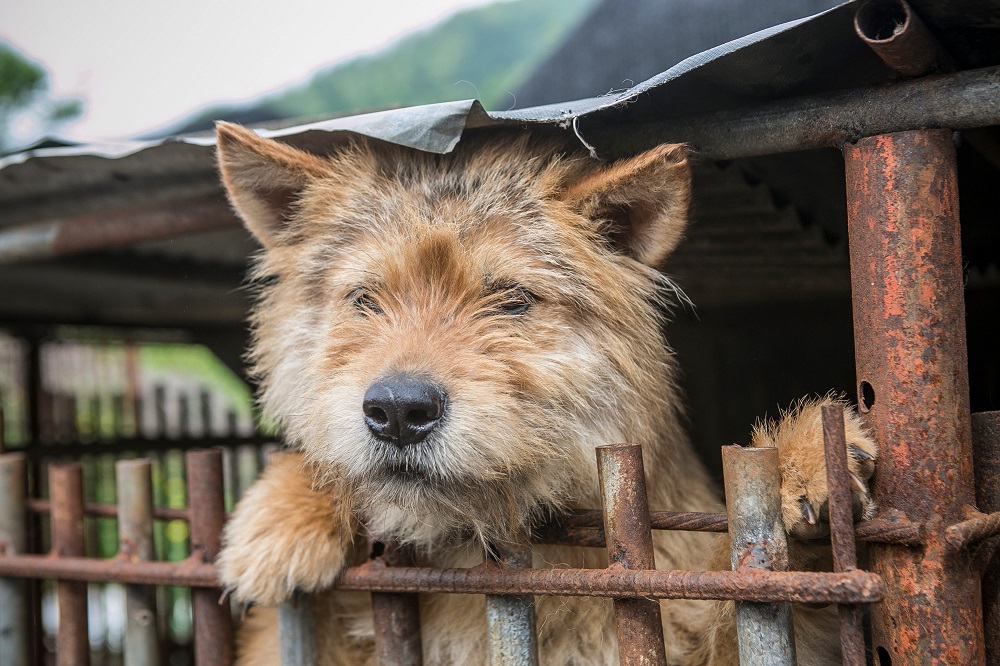 A dog being rescued from a farm in Namyangju, South Korea / Photo Credit: Jean Chung/For HSI

Dog meat consumption is declining rapidly in South Korea, particularly among younger generations. And although most people don’t regularly or ordinarily eat dog, it does remain popular during the Bok days of summer in July and August, when it is eaten as a soup called ‘bosintang’ in the unsubstantiated belief that it improves stamina and virility.

According to Humane Society International (HSI), the dog meat industry is in legal limbo in South Korea, being neither legal nor illegal and many provisions of the Animal Protection Act are routinely breached.

Nara Kim, dog meat campaigner for Humane Society International/Korea, said: “We very much welcome the agreement reached to close Gupo market, home to one of the largest dog meat markets in South Korea. The closure plan is the result of months of hard work between the local authorities and the market vendors, and both sides are to be commended for working towards this goal that will not only bring to an end to Gupo’s dog meat era, but will also see the area regenerated with new amenities and businesses for the benefit of the local, modern economy.

“HSI has been working with dog meat farmers in South Korea for nearly four years helping them close their flagging businesses as more people in the county turn away from dog meat, so the closure of Gupo’s grimly iconic dog market, which follows the demolition last year of the country’s largest dog slaughterhouse complex, is a sign of more compassionate times. This is the latest crack down on an increasingly unpopular dog meat trade, and we hope that it inspires further closures in future where dogs also suffer for the meat trade, such as Chilsung market in Daegu.”