Jake Rose, a six-month-old Cocker Spaniel, was rushed to Blackpool’s PDSA pet hospital after the inquisitive puppy accidentally swallowed the squeaker from his favourite toy.

Owner Joanne Rose, (42) from Warton in Preston, said: “Jake was playing with his favourite soft toy when he ripped it apart and pulled the squeaker out. I did my best to get him to drop it but within seconds he swallowed it whole!

“In a state of sheer panic I rang PDSA ­and they told me to bring him in straight away.”

X-rays confirmed that Jake required immediate surgery to remove the squeaker from his stomach.

Joanne added: “I was completely devastated to find out that my bouncy little pup needed life-saving surgery. Jake is so loving and I was beside myself with worry.”

PDSA Vet, Terry Ogdin, said: “As a small puppy, Jake was more at risk of complications from swallowing the squeaker than a larger dog, which is why immediate surgery was critical. If left untreated, the squeaker would have passed through into his intestines and may have caused a tear or blockage, which can be fatal. 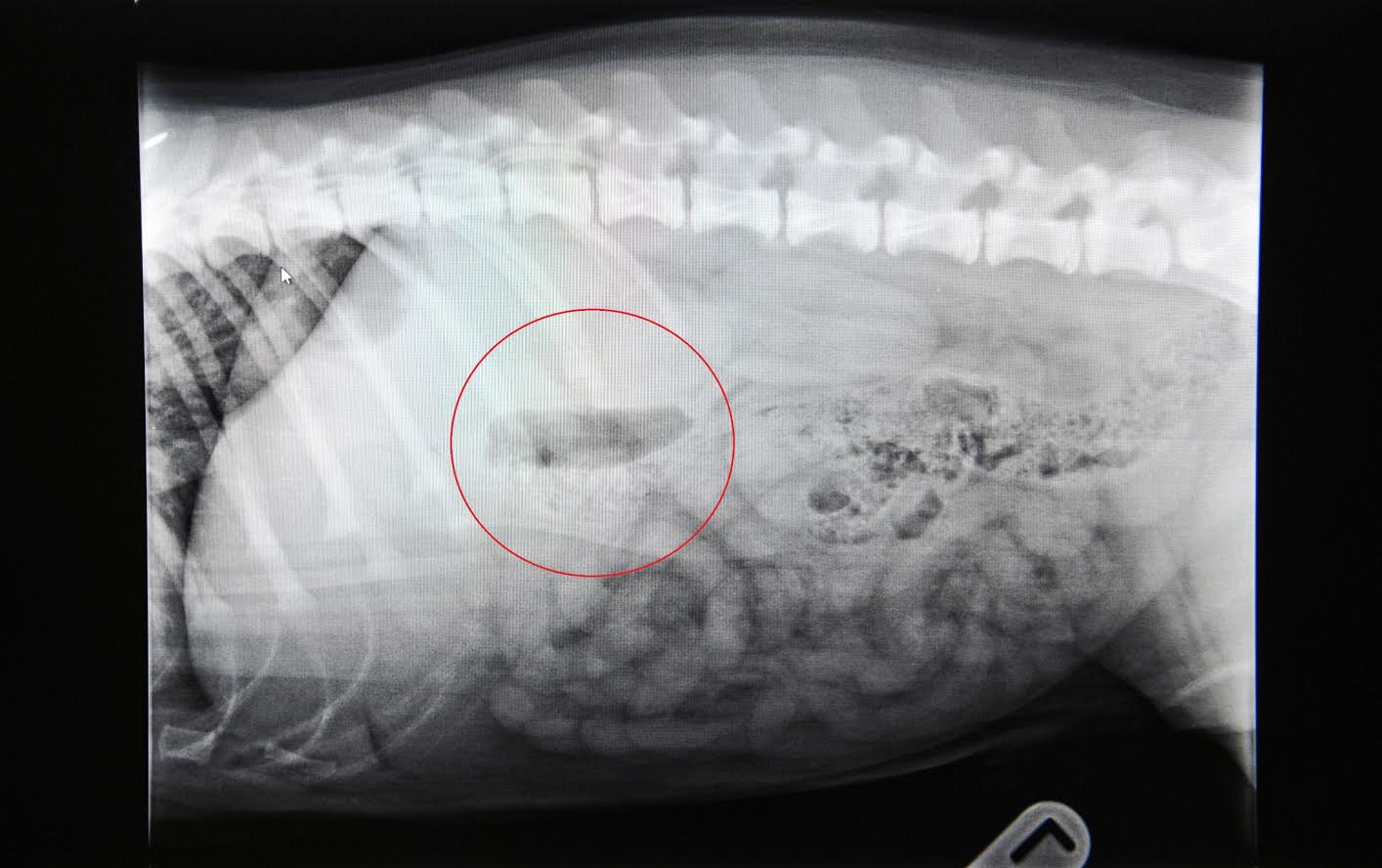 “Luckily, Joanne acted quickly and rushed him to PDSA before the squeaker had time to reach the intestines and cause any damage.”

Jake’s operation took over an hour but he made an amazing recovery and was allowed home the very next day. Joanne spent the next week nursing her beloved puppy around the clock to ensure he made a full recovery. She said: “Thankfully he has recovered really well and we’ve been able to take him back out for short walks on his lead.”

“PDSA have been absolutely brilliant and we’re so pleased they were able to help Jake so quickly – it stopped the accident from becoming a serious disaster.”

PDSA Vet, Terry, added: “During the festive period, it’s important to stop and think before giving your pet a toy that might be easily swallowed. To help avoid this from happening, owners should give their pets dog-specific, durable toys that won’t come apart easily. These should be an appropriate size for the dog to prevent swallowing or choking. If toys and chews are starting to look worn, it’s best to discard them straight away.

“Training pets from a young age and using kind, reward-based methods to teach them basic commands such as ‘drop’ and ‘leave’ can help pets avoid swallowing harmful objects.”

Joanne wanted to share Jake’s story to support PDSA’s ‘Save a Star’ campaign which is raising funds to support the emergency veterinary care that the charity provides. This Christmas PDSA will treat more than 50,000 sick and injured pets, many in need of emergency, life-saving surgery like Jake. She added: “I want Jake’s story to help raise awareness of the life-saving work PDSA does, saving thousands of sick and injured pets across the UK every day.”

Get Our BEST Dog Magazine Content
Enter your email and never miss out on receiving our best articles:
dog squeaker toys caution