A woman who was involved in the breeding and selling of sick and dying puppies in Solihull has been given a suspended prison sentence and disqualified from keeping dogs for life.

Louise St John Poulton (DoB: 06/03/74), now of Highgrove, in St Albans, appeared at Birmingham Magistrates’ Court on Monday (3 April) where she pleaded guilty to six counts of causing unnecessary suffering to dogs and three offences of failing to meet the needs of a number of dogs.

An RSPCA investigation was launched after heartbroken owners reported buying sick and dying dogs including schnauzers, Westies and pugs from Poulton and her partner Sean Kerr – who was convicted and sentenced of the same offences earlier this year.

Inspectors discovered animals living in appalling conditions, including four dogs, three of whom were pregnant, locked in a dark outbuilding.

Poulton was sentenced to 22 weeks in prison, suspended for 12 months, and was disqualified from keeping dogs for life. She was also ordered to pay £15,000 in costs.

The hearing brings an end to a 16-month-long, large-scale operation by the RSPCA to tackle puppy farming in the Midlands.

The animal welfare charity, who are on the frontline of fighting the illegal puppy trade, first launched an investigation into Poulton and Kerr following a number of reports from members of the public who had bought puppies which had quickly fallen ill and, in some cases, died.

RSPCA inspector Herchy Boal led the investigation. She said: “We were contacted by people who had bought schnauzers, Westies and pugs from a farm in Coventry Road, Bickenhill.

“Not only did the new owners have to cover hefty vet bills but they also had to deal with the trauma and heartbreak of watching their new puppies die in front of their eyes.”

After gathering evidence from a number of people whose puppies had died, the RSPCA and police officers executed a warrant at a farm near Solihull on 22 December 2015. Thirty-seven dogs and puppies – found living in the farmhouse and in sheds and stables throughout the farm – were removed, a number of which were pregnant, and 27 further pups were later born in RSPCA care.

Some of the dogs had injuries and health problems and officers also recovered the body of a dead puppy (pictured above) wrapped in a plastic carrier bag in the footwell of a van, parked at the farm. 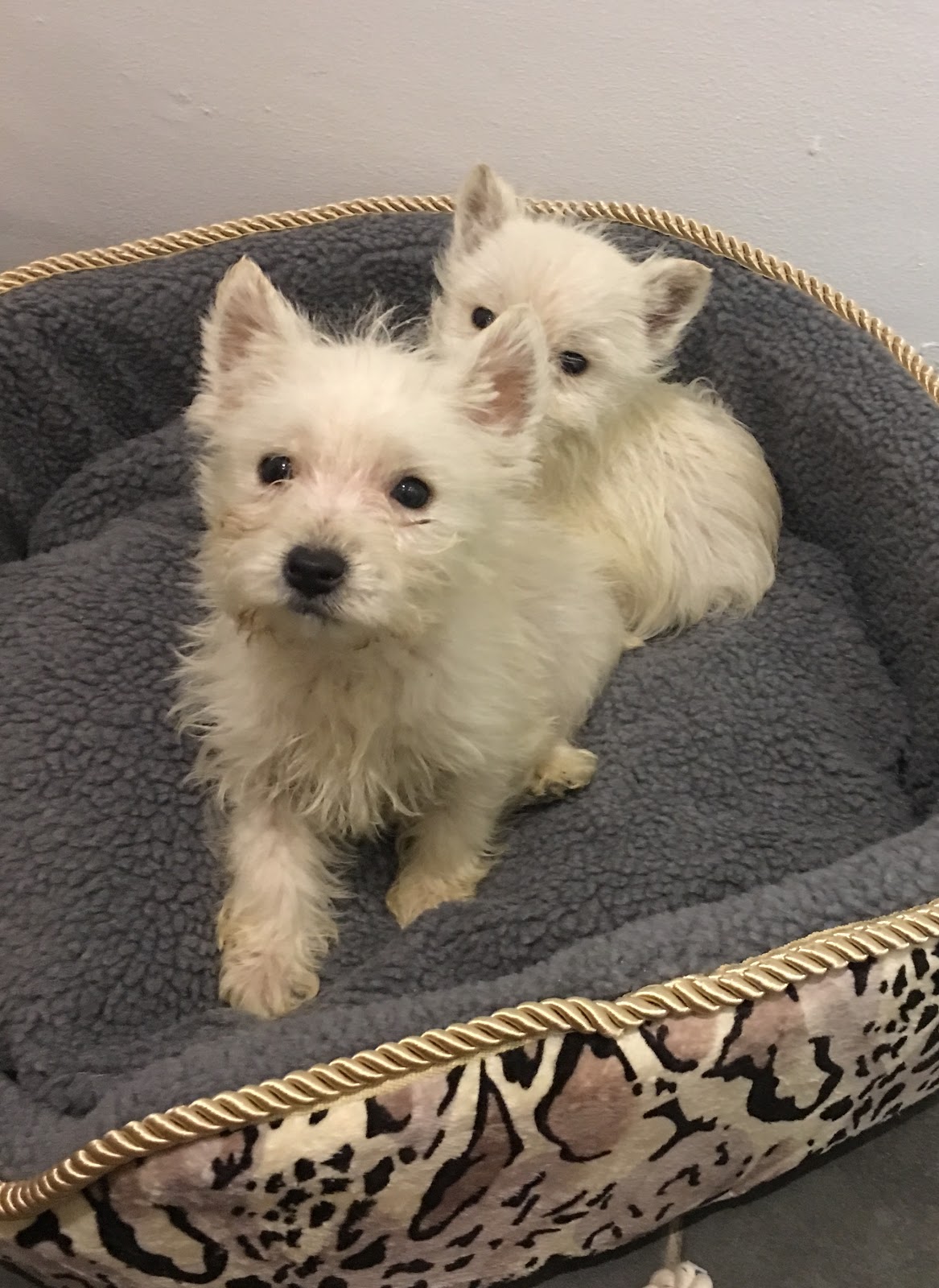 “The dogs were being kept in disgusting conditions and were absolutely terrified,” inspector Boal added.

“Some were being kept locked in rooms inside the house, including a frightened pregnant shih tzu who was being kept in a cold downstairs loo. And four dogs – three of which were pregnant – had been locked in an outbuilding in total darkness, there was no light or ventilation whatsoever. In fact, we didn’t even realise they were there until a few hours into our search of the property.

“All of the dogs were petrified. The minute you touched them they froze from fear.”

On a whiteboard in one of the stables, officers found a whiteboard with instructions for the daily care of the dogs, including: ‘Keep puppies quiet, do not let them bark. Squirt them or use whip to crack in yard.’

Paperwork found at the house tied the couple to the sales of puppies and 17 mobile phones were removed and analysed which revealed texts from some of the buyers who had contacted the RSPCA.

“The health and welfare of these dogs isn’t important to the sellers who see them just as commodities to be brought and sold,” inspector Boal added.

“The breeding stock are kept in inadequate conditions and used to produce litter after litter with little or no regard for their welfare. And puppies are born with deformities or health problems as a result of poor breeding and don’t get the appropriate care in their formative weeks which means they can have serious health problems or behavioural issues.”

Most of the dogs rescued from the farm were fostered. Two of the puppies born in RSPCA care were fostered by Tom Mather, who lost his two Westies five days after buying them from Ms Poulton.

Ben and Max (pictured) had severe parvovirus and had to be put to sleep leaving Tom heartbroken. A few months later, he offered to foster shih tzu cross poodle, George, and Jack russell terrier cross border terrier, Archie, who he will now adopt permanently.

“George and Archie are part and parcel of life now, they are my little babies,” Tom explained.

“These two have fallen on their paws, I dread to think what might have happened to them if they hadn’t been rescued by the RSPCA.”