Animal Friends Insurance has announced the three finalists in its 2019 £100k Charity Giveaway. The pet insurer first launched the £100 Charity Giveaway last year to celebrate their 20th birthday and it was such a success that they decided to do it all again this year.

Over the next four weeks, animal lovers are being encouraged to cast their vote online for their favourite of the three organisations: 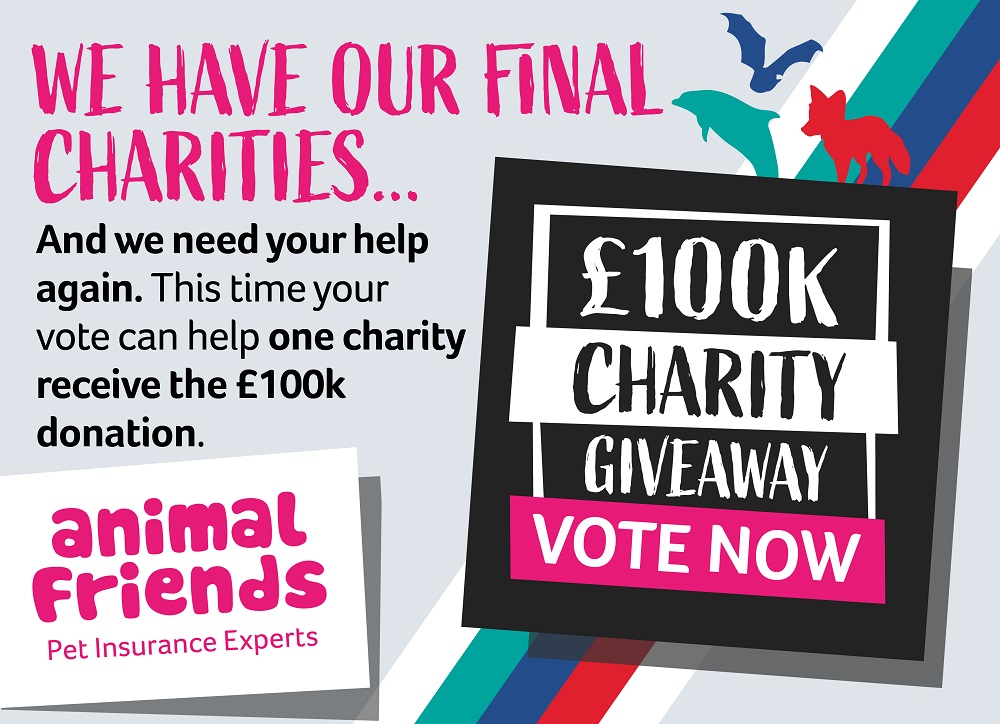 The innovative StreetVet won last year. StreetVet’s Jade said the money would be used to expand their free veterinary services for the animals of homeless people in more cities around the UK, so winning the prize can be lifechanging.

It works like this, vote for you who you want to win and the organisation with the most votes will win. It’s that simple, so every vote counts.

Votes can be cast online between 25th October – 24th November, the winner will be announced on 29th November (to vote you must be over 18).